Home » Sport » Roma starlet Afena-Gyan, 18, was playing school football in Ghana last year before being given debut by Mourinho

Roma starlet Afena-Gyan, 18, was playing school football in Ghana last year before being given debut by Mourinho

FELIX AFENA-GYAN made his Roma debut this week, just a year after playing academy football in Ghana.

The talented striker has enjoyed a rapid rise since being spotted by Serie A scouts playing for the EurAfrica academy. 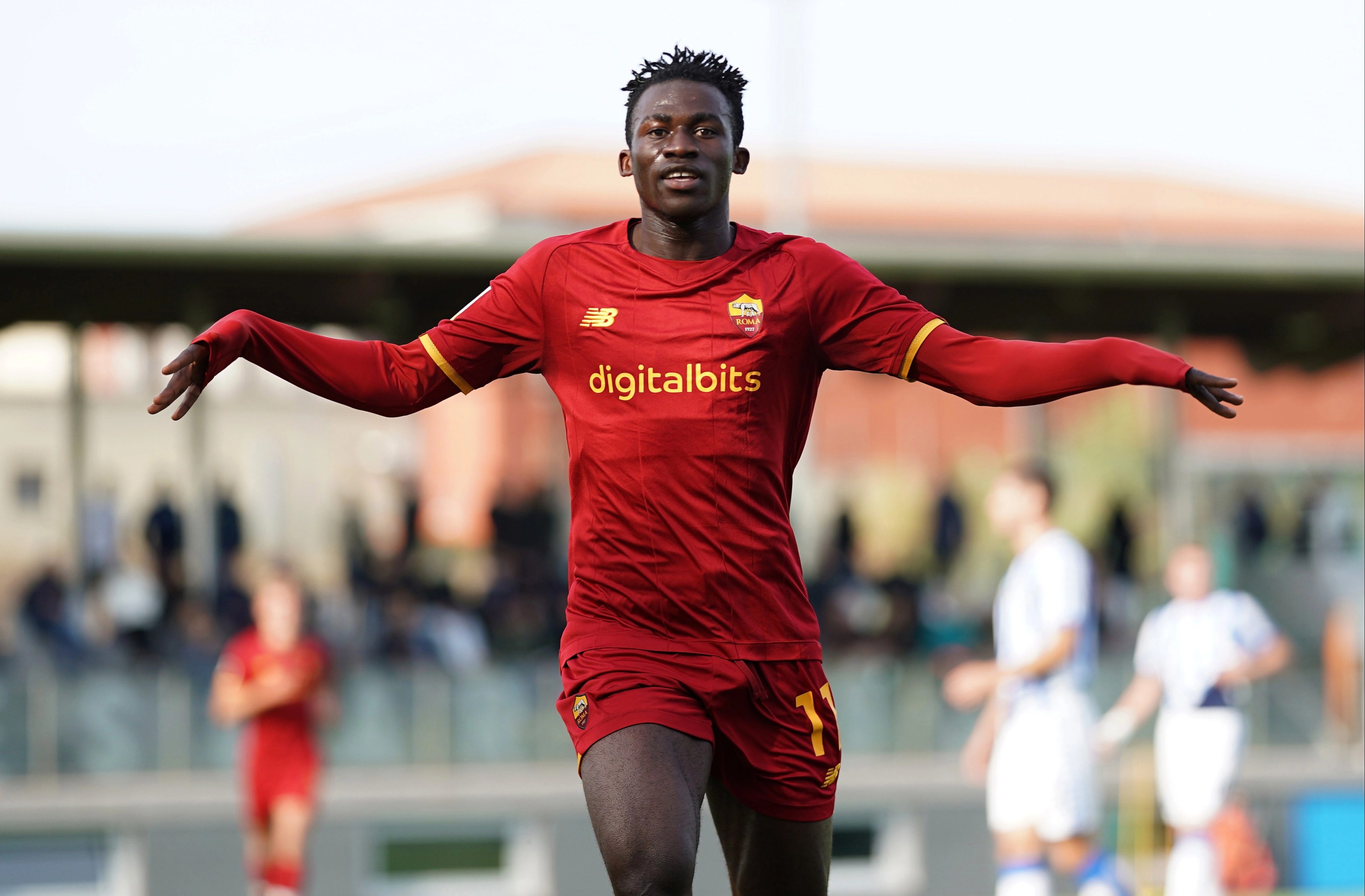 Afena-Gyan, 18, had never played professionally before joining the Italian giants earlier this year, and was still playing schoolboy football as recently as 2019.

But he has thrived since arriving in Italy, scoring six goals in five matches for Roma's Under-19s in the Primavera.

This stunning form caught the attention of first-team boss Jose Mourinho, who moved him up to his matchday squad for the recent clash with Napoli.

After Afena-Gyan remained an unused sub against Luciano Spaletti's men, he was called upon for their next match against Cagliari on Wednesday night.

With his side 1-0 down, the Ghanaian helped turn the tide as his side went on to win 2-1.

He then delivered a heartwarming interview after the match, thanking his mum for all her support.

He told Roma TV: "First of all, I will like to say thank you to Roma and everyone for the opportunity they gave me. I am very happy.

''The coach believed in me that's why he sent me to the field and due to that I didn't want to prove him wrong or prove myself wrong. So I need to work hard and have a strong mentality and give my best on the field to support the team.''

“I thank everyone, I dedicate my debut to everyone who supported me and who’s still supporting me. I thank the club, everyone in Roma, my mum, everyone who’s in Ghana, mum, I love you.

"I love my club, my agent, players, I love everyone, I thank everyone."

Afena-Gyan, a gifted athlete during his school years, was kept grounded by his mother during his adolescence.

And her methods have now paid dividends, with her talented and hardworking son having secured a four-and-a-half year deal at Roma.