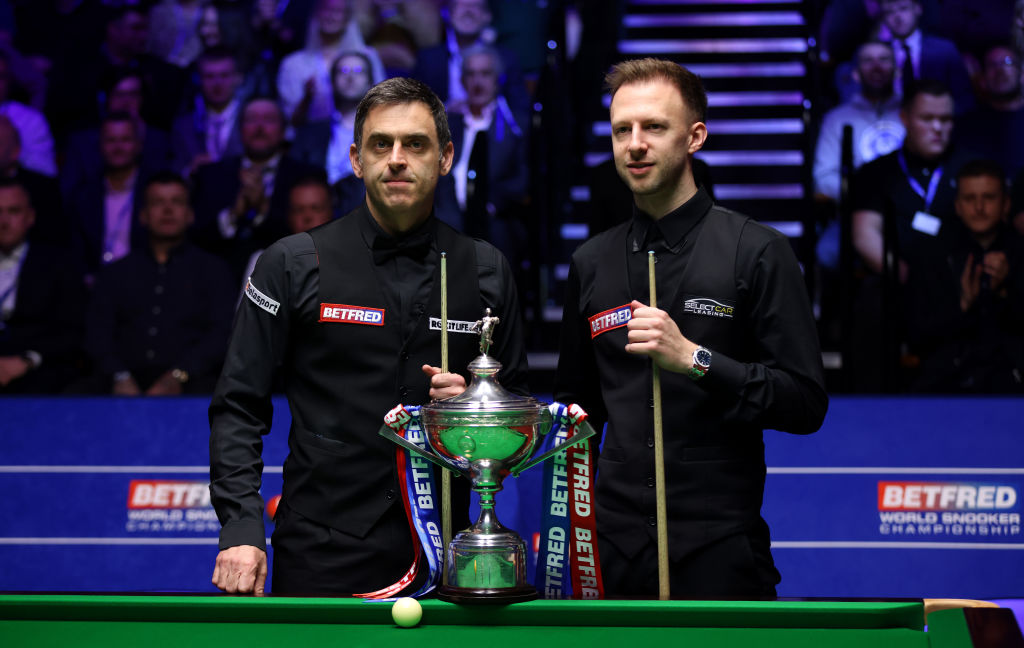 Judd Trump is not a fan of Ronnie O’Sullivan’s idea to take prize money from the World Snooker Tour and give it to the women’s circuit, saying the Rocket can stump up the cash himself if he wants that to happen.

The Rocket suggested that five per cent of prize money from the main tour could be handed over to boost potential earnings for women’s events, which are currently pretty poorly rewarded.

O’Sullivan won £500,000 for his seventh world title at the Crucible in May, while 12-time women’s world champion Reanne Evans’ biggest every purse on the women’s tour is £6,000.

The world number one thinks there is enough money on the main tour to give some up and boost the prize money for women’s events, coming up with the five per cent figure.

‘The woman next to me (Evans) is a person who dedicates her life to snooker,’ O’Sullivan told the BBC at the recent World Mixed Doubles. ‘She has won 12 World Championships.

‘Women need to play on much better terms, for much better money. I think five per cent of the main tour prizes should go directly to women.’

Presented with the plan, Neil Robertson – who won the Mixed Doubles alongside Mink Nutcharut – liked the sound of it and would happily play for reduced prizes to help out the female players.

‘It wouldn’t bother me at all – I’m always up for stuff like that,’ Robertson told the Metro. ‘I wouldn’t mind prize money coming off from the top and being filtered down elsewhere where the funds are maybe needed more.’

Trump disagrees, though, and does not want to see prize money on the main tour trimmed, and has called on O’Sullivan to fund his own plan to help the women’s game.

‘I am sure Ronnie has got enough money to give away that five per cent in total,’ Trump told The Sportsman. ‘It is a lot easier to say stuff and get a debate going. But he is more than welcome to do it himself.

‘If he has that strong an opinion about it, why doesn’t he go ahead and do it – and put his money where his mouth is? And then the rest can choose if they want to follow his example or not. He can start the fund or kitty.

‘If you added five per cent to the 2.5 per cent that is 7.5 per cent, and then tax on it all you are struggling to make a profit.’

Outside of the game’s elite, players are not earning vast sums of cash and in the bottom half of the world rankings, some are not making much profit at all, especially when expenses are taken into account.

Evans and Ng On Yee have both been on the main tour – as well as able to play in women’s tour events – since the start of last season and before the Mixed Doubles last weekend the latter had won £3,000 in prize money while Evans had not won any.

The World Mixed Doubles provided a boost for the four women playing on the main tour, with Mink winning £30,000, runner-up Rebecca Kenna getting £20,000 and both Evans and On Yee claiming £10,000.