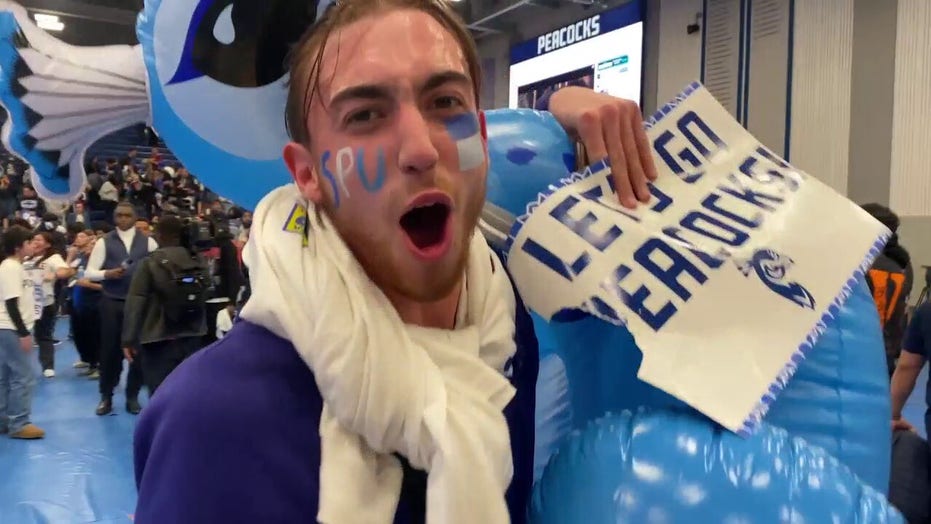 JERSEY CITY, N.J. – At least one Saint Peter’s alumnus is not quite ready to celebrate the Peacocks’ improbable NCAA Tournament run just yet.

Heading into the last night’s second half, Saint Peter’s trailed Purdue by four points. The momentum quickly shifted as the Peacocks began the second half on an 8-0 run and hung on for a 3-point win. 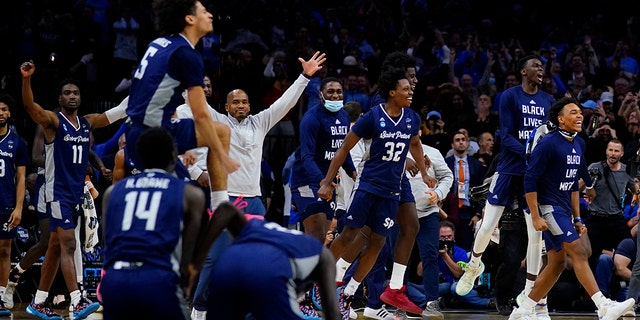 Saint Peter’s celebrates after defeating Purdue in the Sweet 16 of the NCAA tournament, Friday, March 25, 2022, in Philadelphia.
(AP Photo/Matt Rourke)

While the win leaves the Jersey City-based university two games shy of a national title berth, fans are not quite ready for a Peacock party just yet. They want more.

“We’re thrilled,” said Joey, a Saint Peter’s alum who spoke to Fox News after the game. “We’re not done yet. Job’s not finished. We made history today, but we’re not done. It’s important to understand that. We’re going for it all here.”

The Peacocks’ last NCAA tournament appearance before this season was in 2011 as a No. 14 seed, when they lost to Purdue by 22 points in the first round. The Shaheen Holloway-led Peacocks avenged the 2011 loss Friday, strutting their way to victory on National Peacock Day. 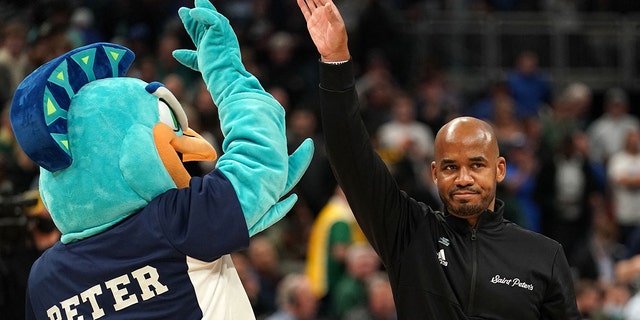 “I can’t believe the support that we’re having. This is unbelievable,” said Holloway. “Jersey City’s been unbelievable for us. But I want to give a shoutout to our student-athletes and the whole student body. I’m just happy for the school, the community and everybody involved.”

Saint Peter’s will face North Carolina Sunday night at the Wells Fargo Center in Philadelphia for a spot in the Final Four.