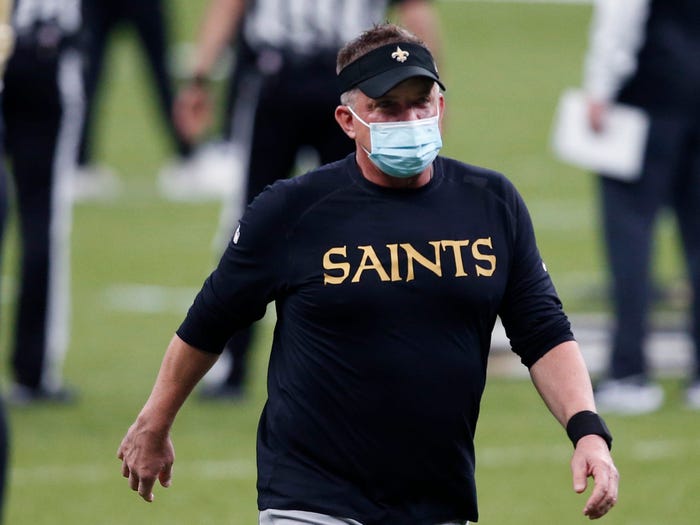 Heading into the week, Payton made waves when he announced that Hill, a 30-year-old gadget quarterback who had never started an NFL game, would get the nod as the Saints starting quarterback in place of an injured Drew Brees. The decision came despite the Saints also having Jamies Winston, who led the NFL in passing last season with the Tampa Bay Buccaneers

While Hill had proven a successful player in the Saints offense in doses, turning the team over to him was an entirely different proposal, especially with an experienced starter on the bench. But Hill's first NFL start was a success, defeating a division rival and largely moving the ball well against the Falcons defense.

Hill completed 18 of his 23 passes for 233 yards, and rushed the ball 10 times for 51 yards and two scores, finishing with a quarterback raiting of 108.9 — more than double that of Matt Ryan on the Falcons.

After the game on Twitter, Payton took a bit of a victory lap after watching his master plan work out in his favor, retweeting a tweet from former Falcons wide receiver Roddy White, who before the game had predicted that the Saints would pay for trying out Hill against Atlanta.

With Brees out for at least two more weeks and possibly more, there is still time for Payton's experiment with Taysom Hill to fall apart, but after a successful first week, the Saints coach seemed happy to bask in the glory for a bit.