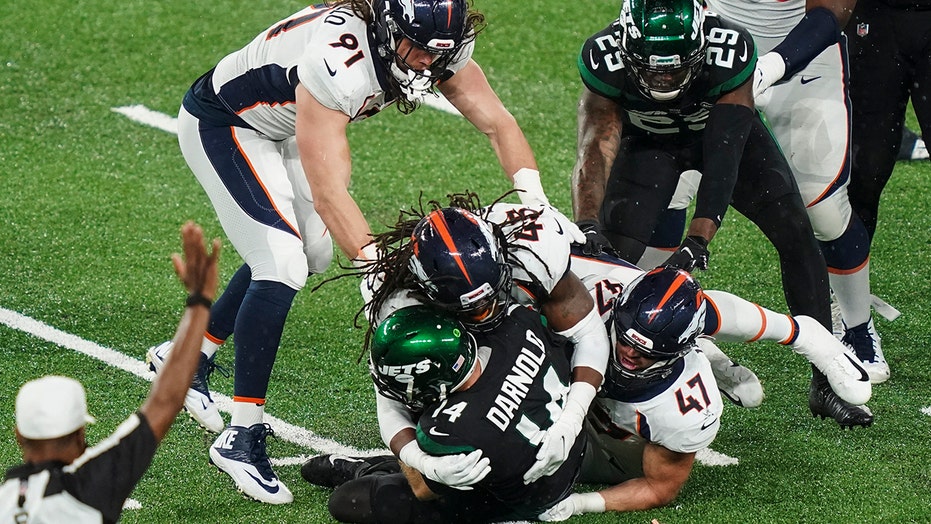 This season was always going to be about Sam Darnold.

It was always going to be about whether he actually was The Guy.

Then, the season started and ended before we even hit Halloween. At 0-4, the Jets are going nowhere this year. That much is clear. The Road to Nowhere has made this season even more about Darnold and figuring out whether he is the guy or whether the Jets should start dreaming of the No. 1-overall pick and Clemson star Trevor Lawrence.

That makes the sprain of the AC joint in Darnold’s right shoulder even more devastating. It seems as if there is a good chance Darnold may miss Sunday’s game against the Cardinals and who knows if this will go beyond that. The plan is for Darnold to test out his arm Wednesday and see if he can practice. If he can’t, you’ll be seeing Joe Flacco on Sunday.

The results on the field are secondary now. The loss of Darnold on the field and his effect on the outcome against Arizona is less important than the inability of general manager Joe Douglas to get more data on Darnold if he is in street clothes.

GASE INSISTS ‘FRACTURING IS NOT AN OPTION’ FOR WINLESS JETS

“Your best ability as a quarterback is your availability,” Darnold said Monday. “I’ve always said that, and I believe in that. Missing games, I always want to do everything I can to not miss any games.”

Darnold missed three games as a rookie with a foot sprain and then three more last year with mononucleosis. When it comes to staying on the field, he has not been Eli Manning. While Darnold is right about availability, that is not the ability the Jets are most concerned with right now.

But you can’t live on those types of plays. Darnold’s stats this season are underwhelming. He has completed 59.4 percent of his passes and has more interceptions (4) than passing touchdowns (3). His QB rating is a career-low 70.7.

Yes, his receivers have been a cast of “Jeff Who” and “Josh What’s His Name.” Yes, Gase’s offense has left plenty to desire.

But Darnold has also made mistakes independent of those two factors. He is missing too many open receivers and his decision-making has been troubling from the terrible interception in Week 1 in Buffalo, when he rolled left and threw right, to the final pick-six against the Colts, when it was hard to figure out who he was even throwing to.

“It’s my job to get the ball to them and make sure that I give them an accurate ball to be able to go and run after the catch,” Darnold said.

The Jets face some major decisions on Darnold after this season. They have to decide whether to pick up his fifth-year option for 2022. He also is eligible for a long-term extension, although that feels highly unlikely already.

Then, there is the Lawrence factor.

The Jets have a realistic shot at the No. 1 pick. They are not just 0-4. They look like a complete mess. Their offense can’t find the end zone and their defense can’t stop committing penalties. If they land the No. 1 pick, they will be staring at Lawrence, a player touted as a can’t-miss prospect.

Do they move on from Darnold and take Lawrence? Do they try to trade the No. 1 pick for a load of picks to build around Darnold?

It will be a fascinating decision and one Douglas may have to make with less data to go on if Darnold misses time.