Sam Kerr: Can Chelsea’s new signing take club to the next level? 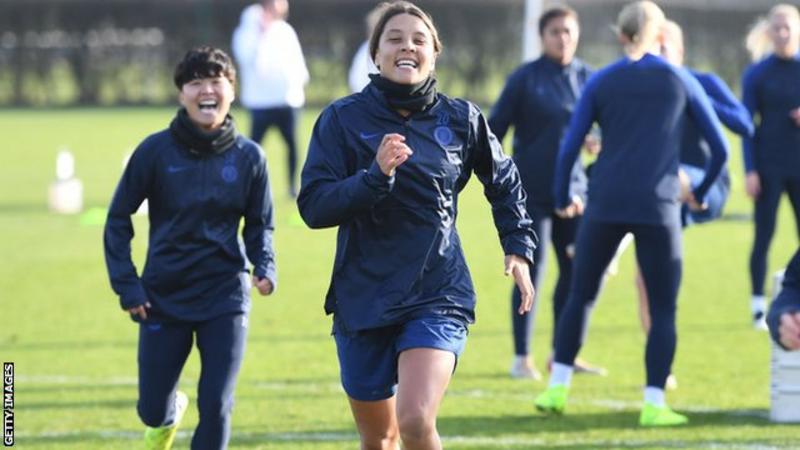 New Chelsea signing Sam Kerr is regarded as one of the biggest signings in Women’s Super League history, but can she take the club to the next level?

Chelsea go into Sunday’s game against Reading – when Kerr could make her debut – in third place in the WSL table, four points behind defending champions Arsenal at the top.

How will the Australia captain fit in at Chelsea? Can she propel them to the league title? And what is the impact of her signing off the pitch?

Why there is such hype

Kerr, 26, is the all-time top scorer in the American National Women’s Soccer League (NWSL) and Australian W-League and has picked up the Golden Boot in each of the past three seasons in both divisions.

The Australian, who made her international debut aged 15 and scored her first goal at 16, has gone on to net 38 goals in 83 appearances for her country.

Last summer, Kerr captained Australia in her third World Cup and scored five goals in four games, guiding them to the last 16.

“There’s a weight on your shoulders, especially when you have the calibre of records that Sam Kerr does,” said Rafferty. “We can’t judge her after one, two or three games. It’s not easy coming to a different country.”

How will she fit in at Chelsea?

There is an abundance of attacking talent at Chelsea, including England international Beth England, who has scored six goals in nine games so far this season.

Former Chelsea midfielder Karen Carney told BBC Sport “it will be a fight for places” and the competition in manager Emma Hayes’ squad “has gone up another level”.

Carney explained: “It will be interesting to see what she does with the players she has got. They are not in the Champions League, so is there a need for squad rotation?

“It depends how well Kerr is training. England could form a partnership with Kerr up front. You would lose a potential midfield player but I can see that working. Hayes could play a narrow 4-4-2 as opposed to having outright wingers. That would be really, really good.”

Rafferty added that Hayes was “not afraid to leave big players out of the team” and the Chelsea boss “probably has three or four formations up her sleeve”.

“We are all very excited by Kerr. We want her to play every game and people will be coming to watch her but it has to be about winning first,” said Rafferty. “If she is not ready, she won’t be put in that place.” 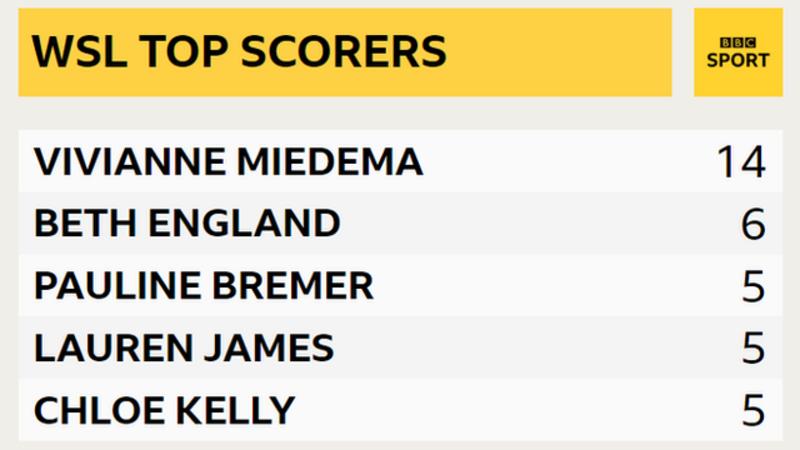 ‘Kerr can take Chelsea to the next level’

Chelsea finished third in the WSL last season, 12 points behind Arsenal, but reached the semi-finals of the Champions League before being knocked out by eventual winners Lyon.

Arsenal and Manchester City currently occupy the top two spots in the league, which would ensure qualification to next year’s European competition.

But Carney says Kerr “can take Chelsea to the next level” this season, while Rafferty feels the title race “will probably go right to the wire”.

Rafferty added: “Will she be the difference? You don’t want to say it out loud. All the fans will be saying: ‘We have Sam Kerr, so why can’t we be winning everything?’ But it’s not just about one player.”

And what about Chelsea’s hopes of winning the Champions League in the future with Kerr in their side?

Carney said: “If you go back to last season’s campaign, which I was a part of, if we had added someone to take the weight off Beth England or Fran Kirby’s shoulders in attack, it really could have helped us going forward in the Champions League.

“When top players come in, they elevate everybody else and I think she has the capability to do that. I wouldn’t be surprised if she is the missing piece of the jigsaw to winning in Europe.”

‘Chelsea were willing to invest in a superstar’ 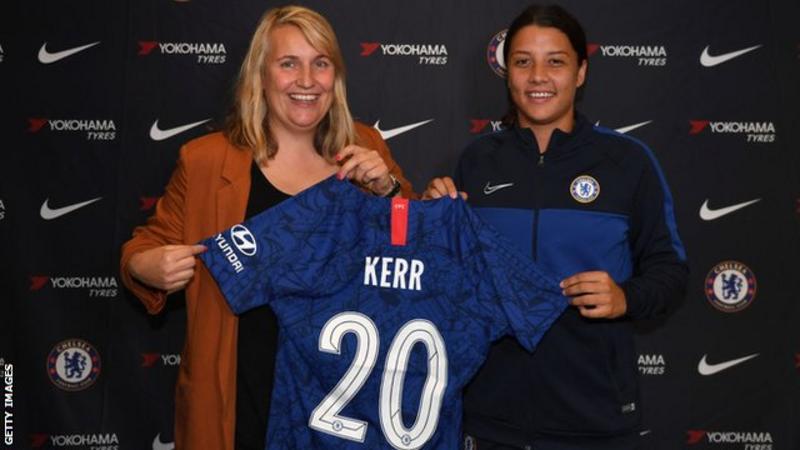 Rafferty says Kerr is “the biggest signing in WSL history”.

She added: “It’s a testament to the standard of the league. I can’t wait to watch her first game. I think that’s how everyone should be.

“The excitement for the squad is that Chelsea are willing to invest in a superstar. Hayes is obviously trying to make a statement but she wants to win things so you have to get the best players to do that.”

Scotland international Erin Cuthbert said she was “really relishing the opportunity” to play alongside the new arrival at club level, while ex-Chelsea forward Eniola Aluko added that the potential rivalry between Kerr and Arsenal forward Vivianne Miedema – last season’s PFA Player of the Year – is a “cause for excitement”.

Carney believes Kerr’s signing is “big for the league” – second, in terms of stature, only to two-time world champion Carli Lloyd’s loan move to Manchester City in 2017.

“Carli Lloyd came in and was the best player in the world at the time,” she added. “That was a huge coup and I think people can’t ignore that. But Kerr is up there.”

If you are viewing this page on the BBC News app please click here to vote.

BBC Sport has launched #ChangeTheGame to showcase female athletes in a way they never have been before. Through more live women’s sport available to watch across the BBC, complemented by our journalism, we are aiming to turn up the volume on women’s sport and alter perceptions. Find out more here.