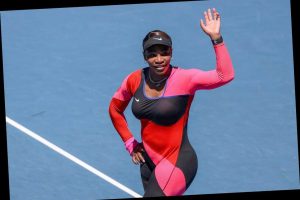 FASHIONISTA Serena Williams joked she needs to make sure she is wearing underwear while donning her bespoke “perforated” one-legged catsuit in Australian Open combat.

The American wore the same pink, black and red outfit in her 6-3 6-0 second round win over Serbian Nina Stojanovic on the Rod Laver Arena. 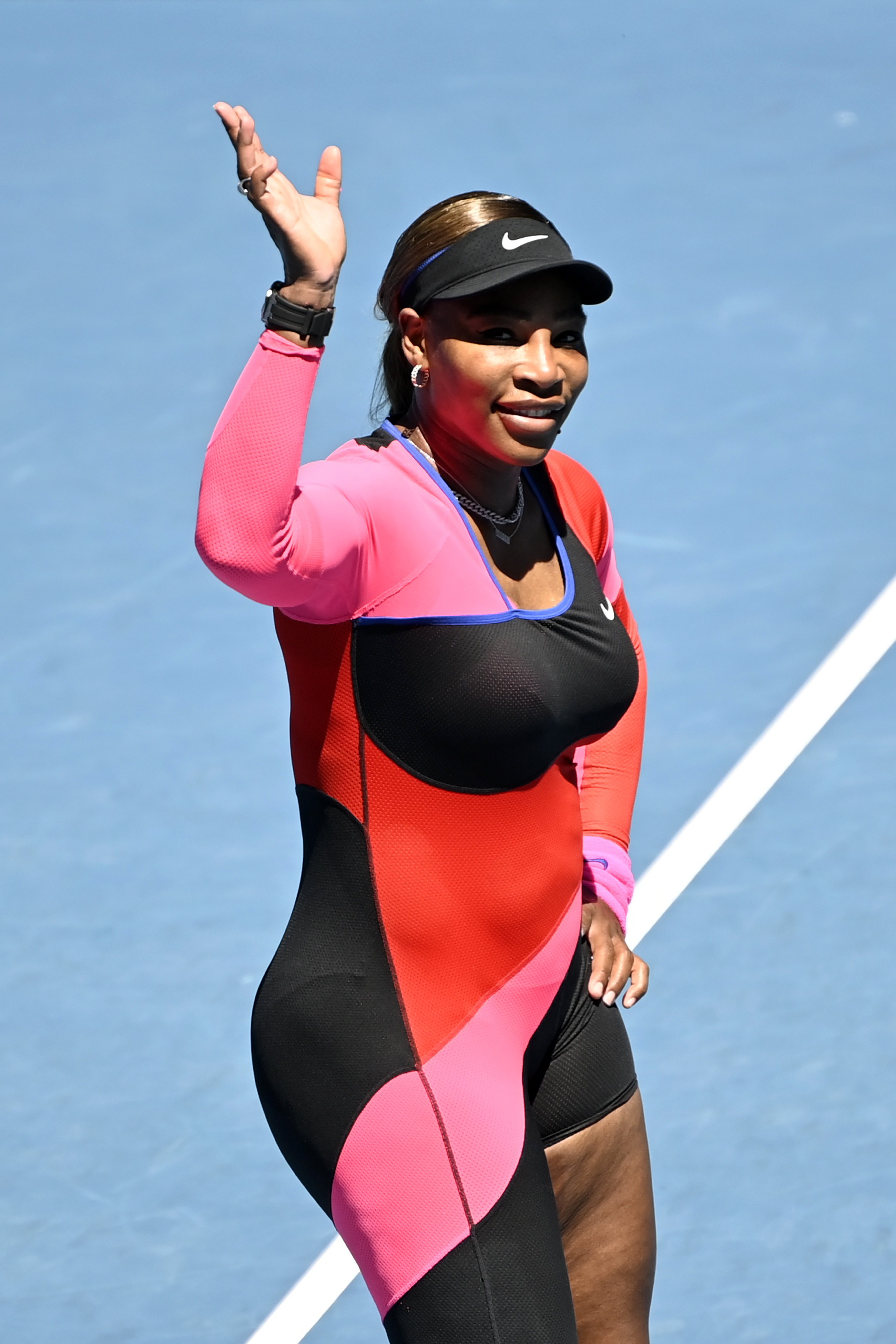 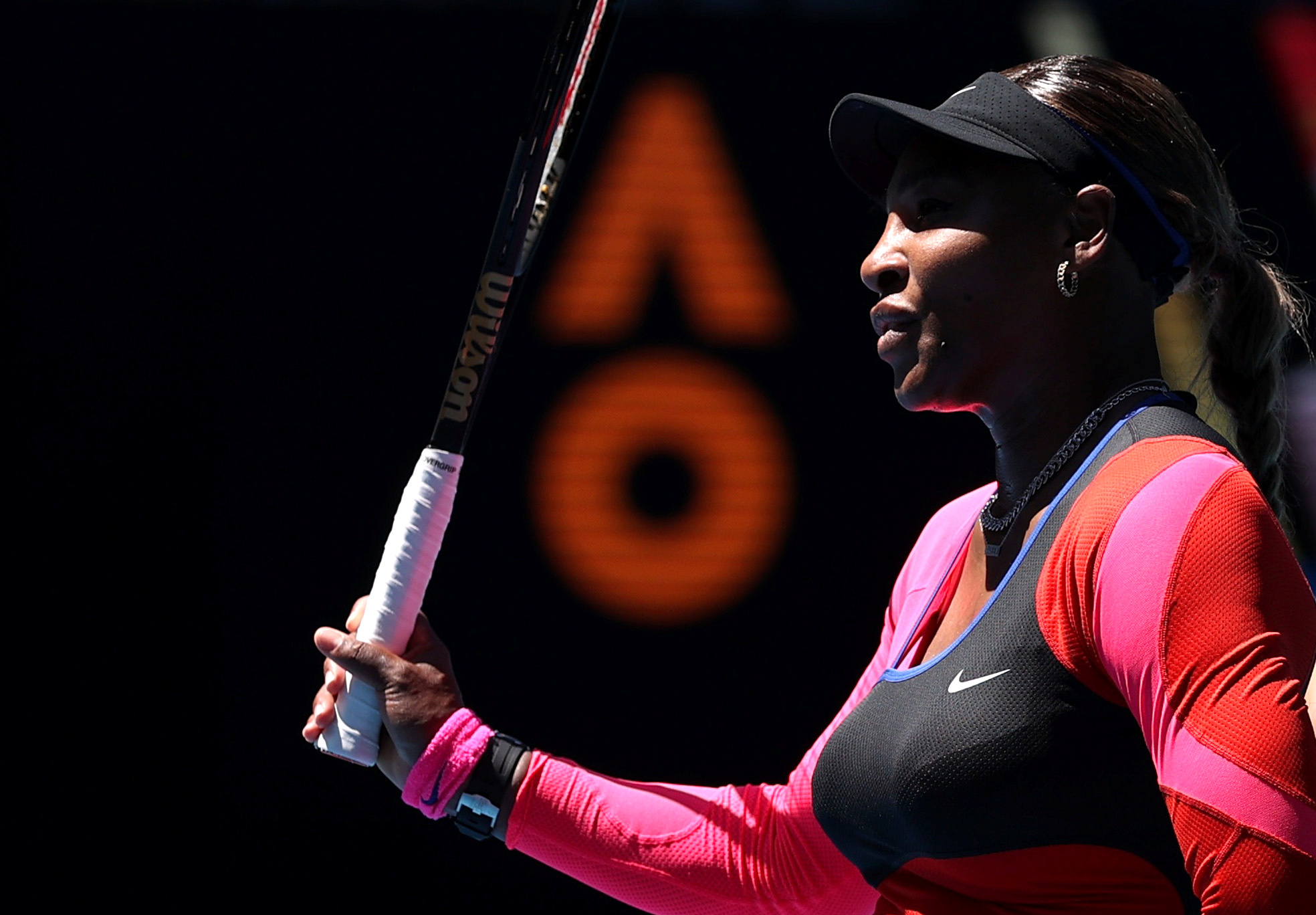 The attire was unveiled in the first round and Williams said it was designed by sponsors Nike in honour of the late Florence Griffith-Joyner, the fastest woman in history.

Naturally, whatever Williams wears makes the headlines — this, after all, is someone who has appeared on the front covers of fashion bibles Elle and Vogue — but she admitted she has to be careful when picking undergarments.

The clothing has already attracted controversy given the suspicions and clouds hanging over the achievements of Flo-Jo, the three-time Olympic gold medallist, whose 100m and 200m world records from 1988 remain the benchmark for women's sport.

Williams gushed: “Actually, this outfit was last minute. I just felt like the design that we had before wasn’t as Serena-esque.

“And so the Nike team went back and created something very Serena-like and didn’t have time to put it in retail. So it was definitely more of a last-minute outfit than usual.

“It’s light. If you look up close, it’s actually breathable and it’s perforated.

“So it’s actually super light and to a point where I need to make sure I’m wearing underwear! Nude colour, though.

“Nike came up with the colour scheme. So they did everything with this design.

“So they did everything. It was definitely collaboration, though, because I just kept pushing the design team at Nike and then they pushed themselves. And they came up with something really fabulous.” 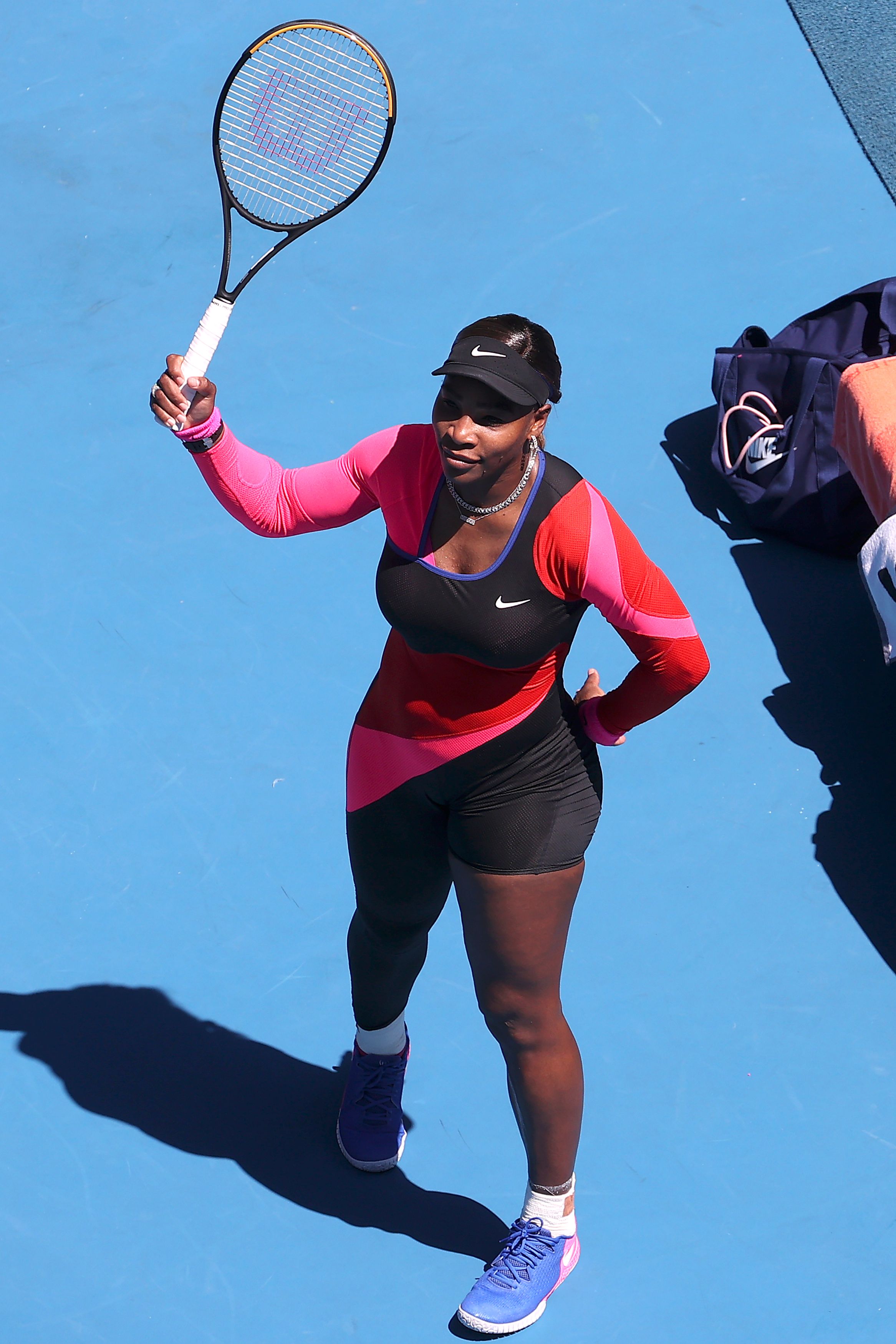 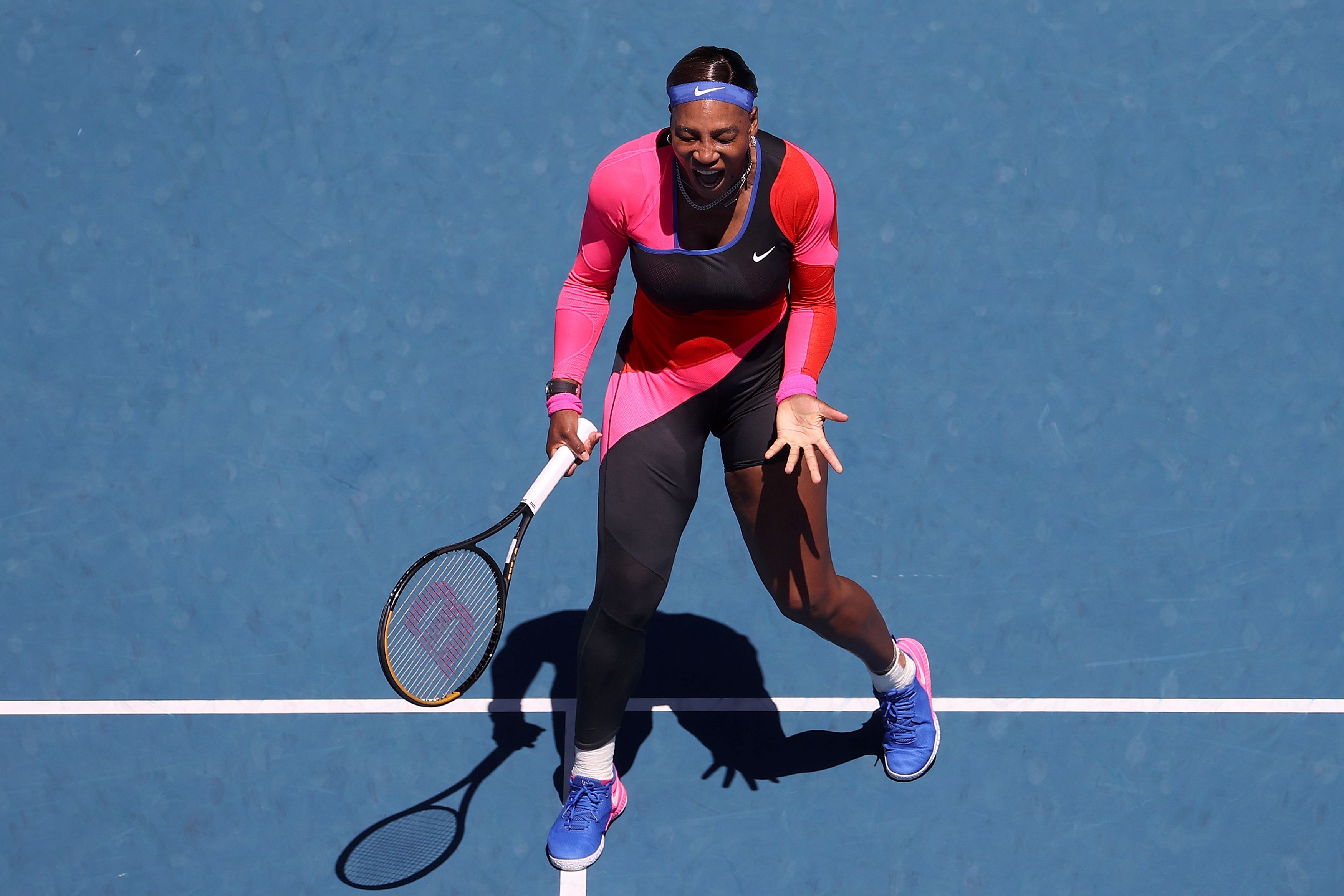 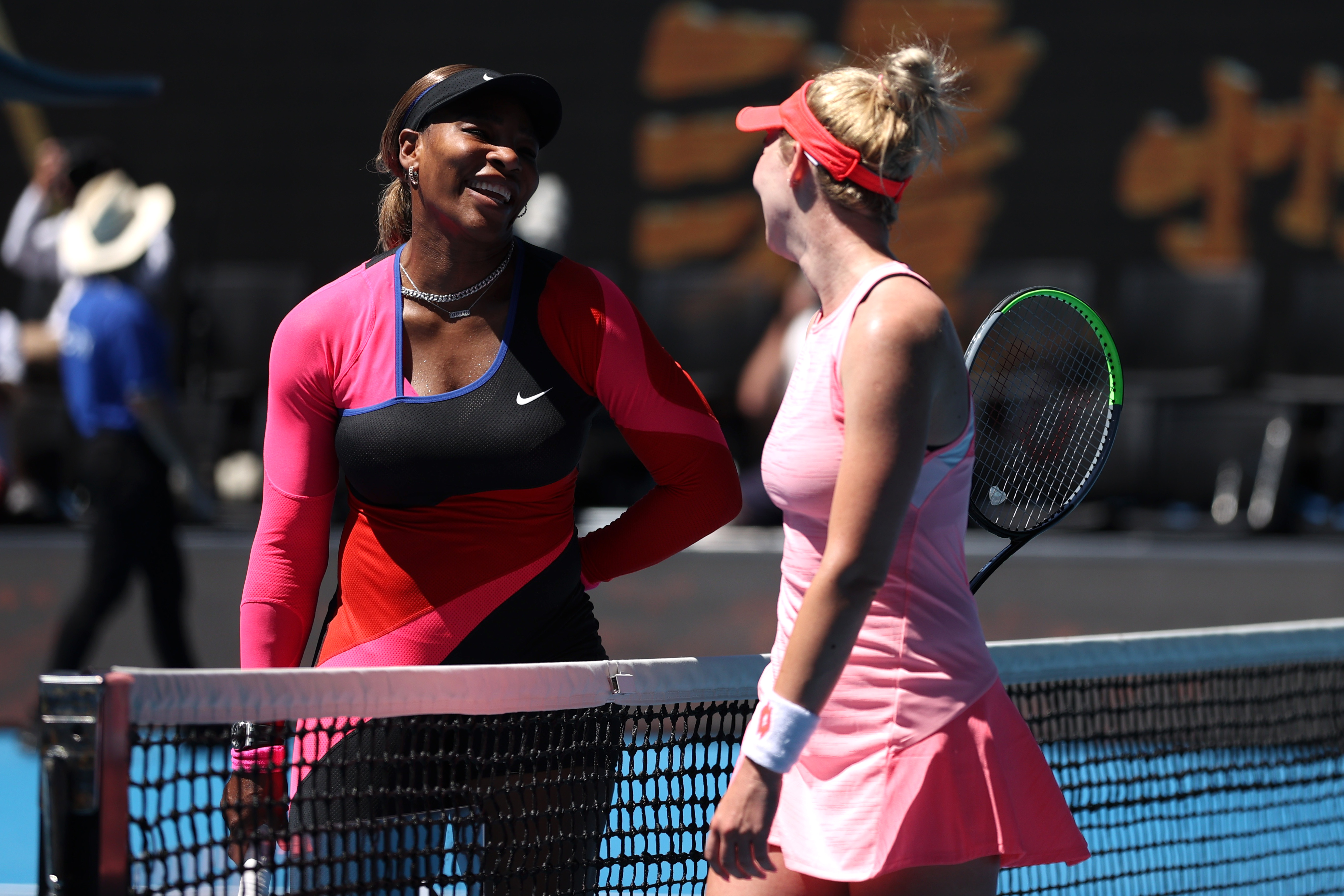 Williams continues her quest for Slam No.24 Down Under with a third-round clash against Russian Anastasia Potapova on Friday.

In her post-match press conference, events took a bizarre turn when she was asked if there was anybody she wanted to meet in life.

Religious Williams, who is a Jehovah’s Witness, said: “I mean, Jesus. He would be like the ultimate.

“Oh, I haven’t met Robert Downey Jr. And I love Marvel and Iron Man. I went shallow there, but it’s fine.”

Serena’s elder sister Venus departed the women’s draw on Wednesday as she suffered injury in her 6-1 6-0 hammering by Italian Sara Errani.

The 40-year-old was in clear pain, her left knee was taped up and she needed medical assistance after appearing to sprain her right ankle towards the end of the first set.

Williams deserves admiration for her perseverance and not calling it quits, but it was no surprise Errani made the most of a wounded opponent.