Serena Williams posts photo of herself fast asleep (under Moana bedding!) following her last ever match… as she shows fans what her first post-tennis weekend involved

Serena Williams has shared an insight into her first days of tennis-free life, posting a photo of herself tucked up in bed.

The 23-time Grand Slam champion played her last ever match on Friday night, crashing out of the US Open in a three-set defeat to Ajla Tomljanovic.

Williams was overcome with emotion as she bid farewell to the sport, although did leave the door slightly open to returning one day.

In her post-match press conference she said she would be opting for karaoke on the first day since bringing the curtain down on her glittering career.

But on Monday she showed fans what she got up to by posting a picture of herself asleep.

Alongside the photo of her tucked in bed under Disney character Moana bedding, she wrote: ‘How was your weekend? This was mine ….’ 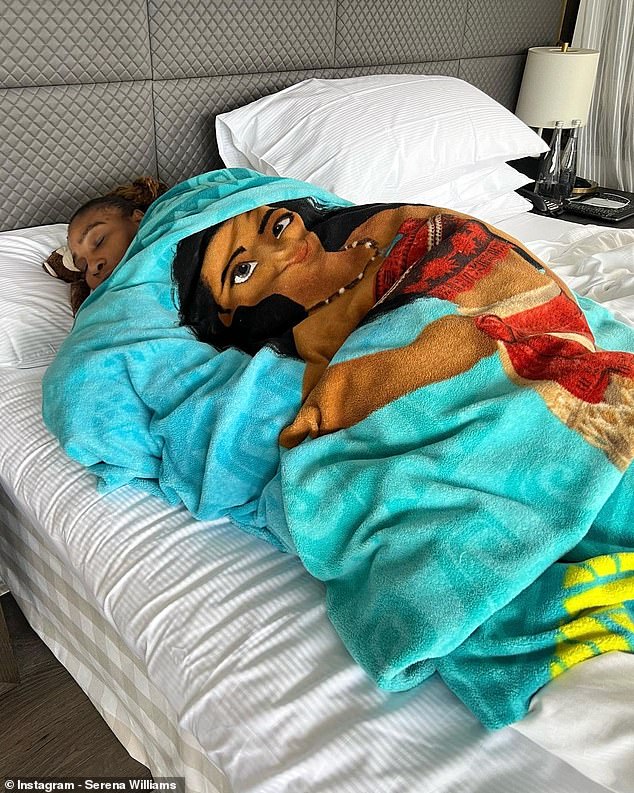 Williams said that she wanted to spend her first day of retirement in the karaoke booth before insisting she is looking forward to exploring Serena 2.0.

When asked what she planned to do on the first day of the rest of her life, Williams joked: ‘I think I’m definitely, probably going to be karaoke-ing tomorrow.’

Williams revealed in an interview with Vogue last month that she intends to ‘evolve away’ from tennis and it is expected that her appearance in Flushing Meadows was her final tournament. 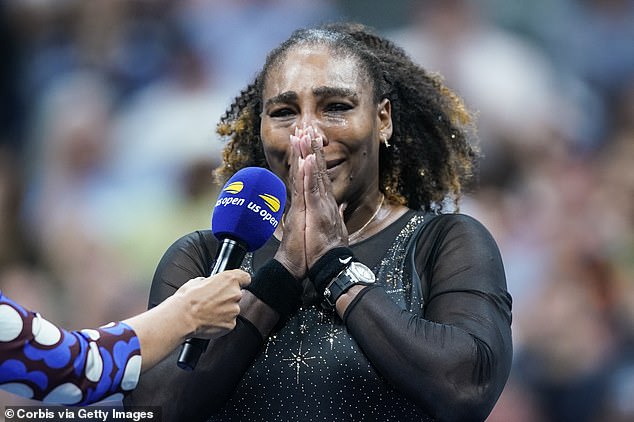 The 40-year-old said after her final match: ‘I’m ready to be a mom and explore a different version of Serena.

‘And technically in the world I’m still super young so I want to have a little bit of a life while I’m still walking,’ she added with a little chuckle.

In her on-court interview, Williams appeared to leave the door slightly ajar to a comeback. Asked if that was the case she replied: ‘I think so, you never know,’ before leaving the court promptly.

Williams had breezed past Danka Kovinic in the opening round of the Grand Slam before stunning World No. 2 Anett Kontaveit on Wednesday.

However, her fairytale of New York came to an end on the enormous Arthur Ashe Stadium after three hours and four minutes of an excellent contest against Tomljanovic. 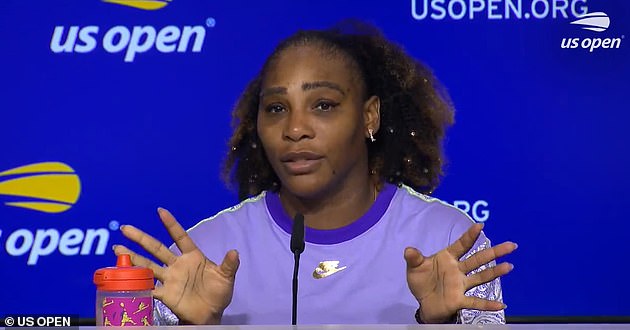 ‘Oh my god, thank you so much, you guys were amazing today,’ she said in an on-court interview filled with emotion. ‘I tried but Ajla just played a little bit better.’

With tears in her eyes, she added: ‘Thank you Daddy, I know you’re watching. Thanks Mom. I just want to thank everyone that’s here, that’s been on my side, so many years, decades. But it all started with my parents and they deserve everything, so I’m really grateful for them.’

Williams, choked with emotion, continued to credit her elder sister Venus as an inspiration for her instrumental role in her career.

‘These are happy tears I guess,’ she said. ‘And I wouldn’t be Serena if it wasn’t Venus so thank you Venus. She’s the only reason that Serena Williams ever existed. 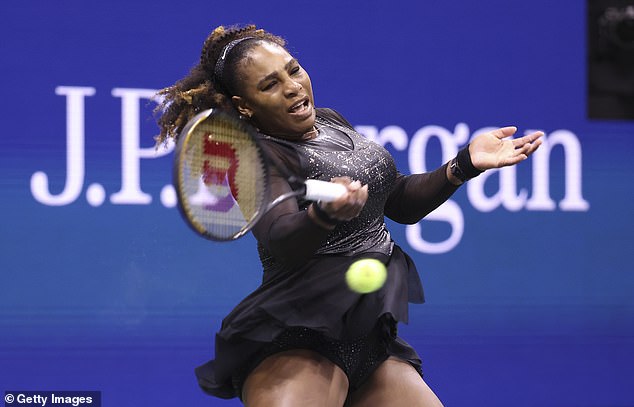 Williams lost in three sets to Ajla Tomljanovic in US Open third round, bringing end to career