THIS WAS no Bramall Lane battle – but a masterclass from the Blades’ Billy Sharp.

With his beloved Sheffield United staring yet more dropped points in the face, the skipper stepped up when it mattered to keep the club’s survival chances alive. 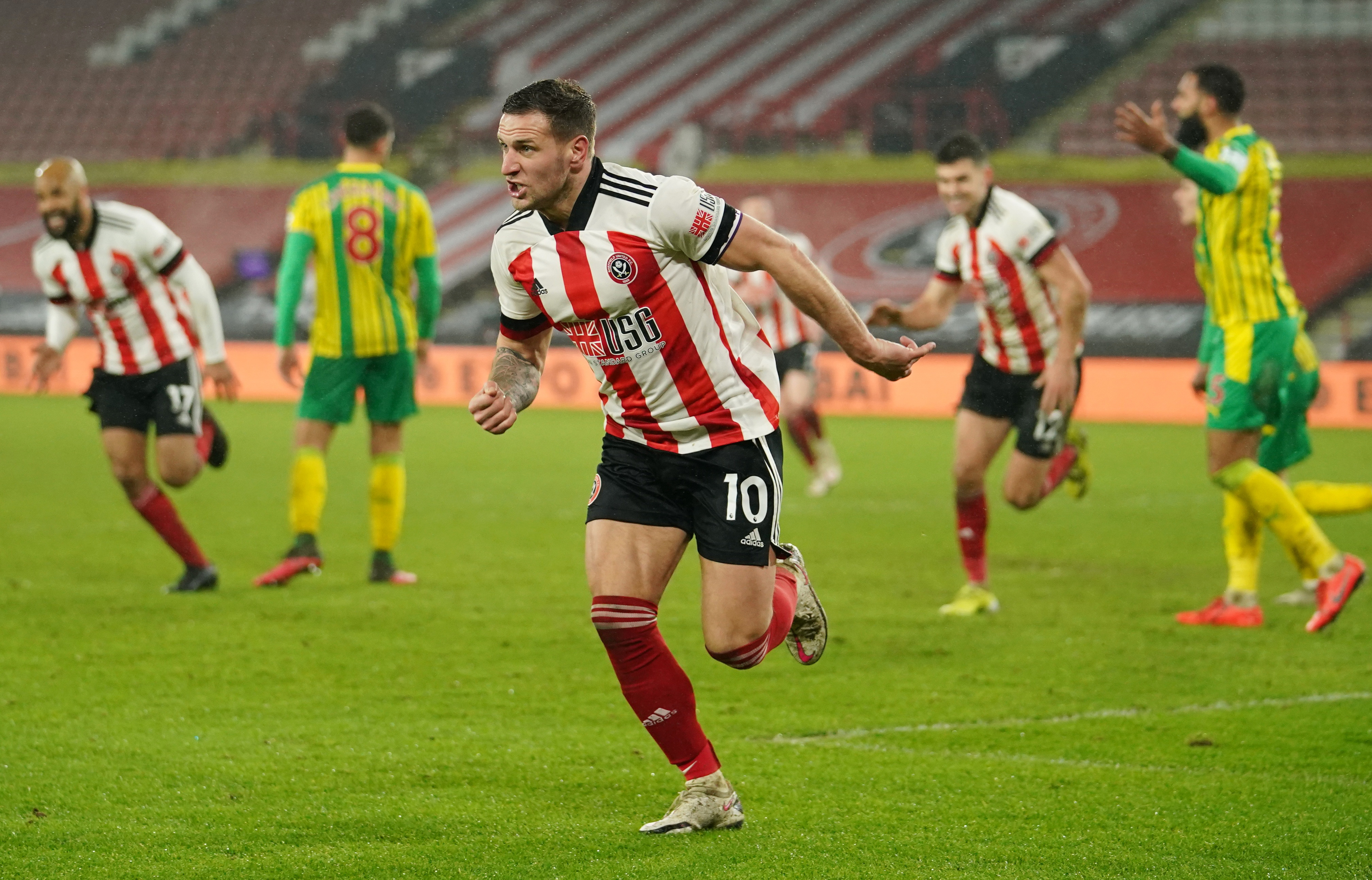 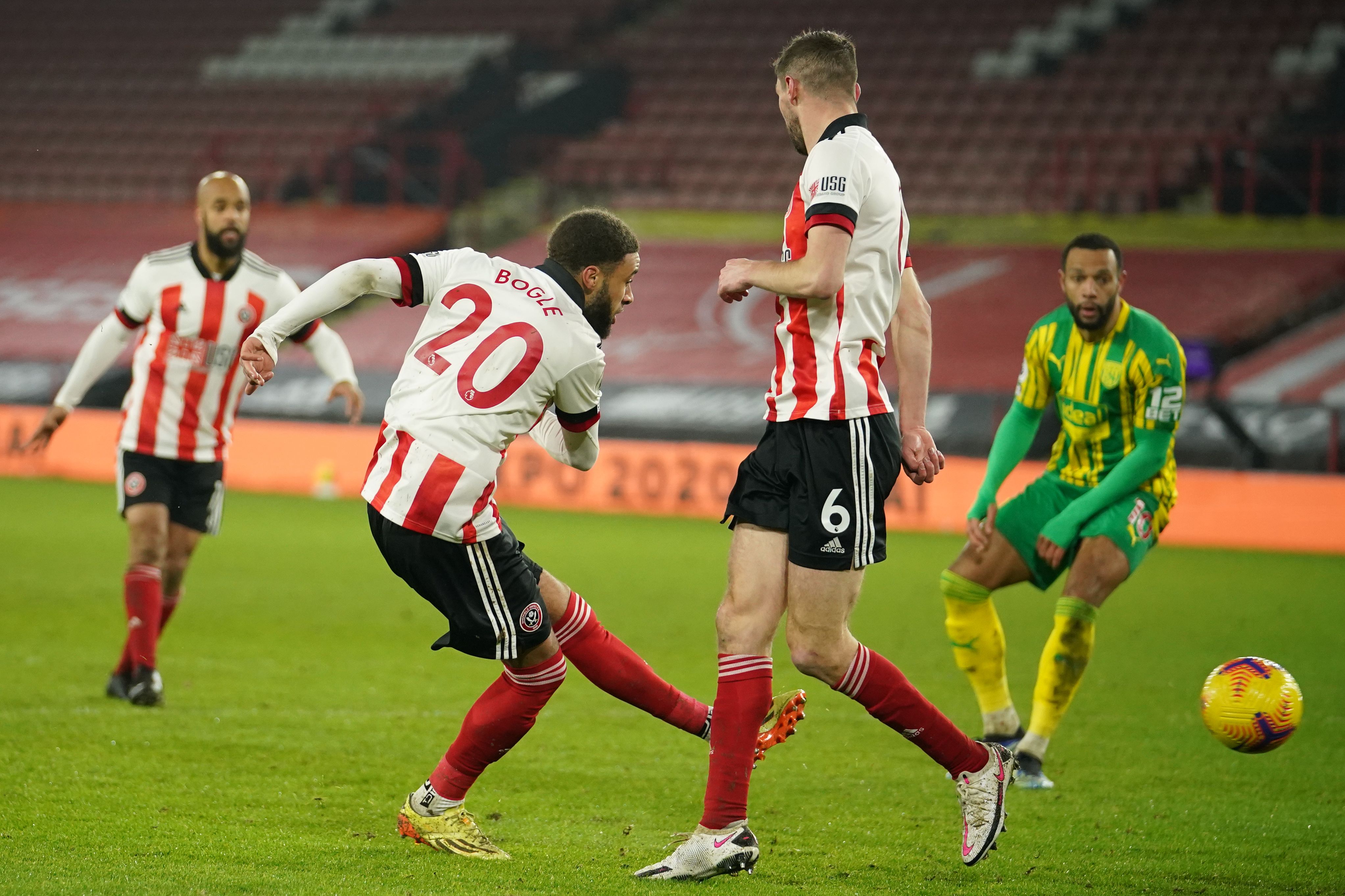 It was a finish that summed up Sharp in a Sheffield steel nutshell – gritty, poacher-like and with the instincts of a fox to stab home the winner with 17 minutes left.

It summed up an incredible comeback from Chris Wilder’s men, who looked ready to accept their relegation fate going into the break trailing Matt Phillips’ opener for West Brom.

But as Wilder has done and continues to do in the hotseat of Sheffield United, he inspired, willed and dragged his men back into it from the touchline.

Jayden Bogle smashed home from a seemingly impossible angle early in the second half to level the scores before that man Sharp had yet another impact at Bramall Lane.

Not that was this a classic, however, by no means whatsoever.

This fixture always evokes memories of that afternoon in the steel city back in 2002.

Neil Warnock and Gary Megson went toe-to-toe in one of the most brutal and vicious games in English football history, later dubbed ‘The Battle of Bramall Lane’.

Three Sheffield United red cards led to the game being blown early with the Baggies leading 3-0. Warnock and Megson have never seen eye to eye since. 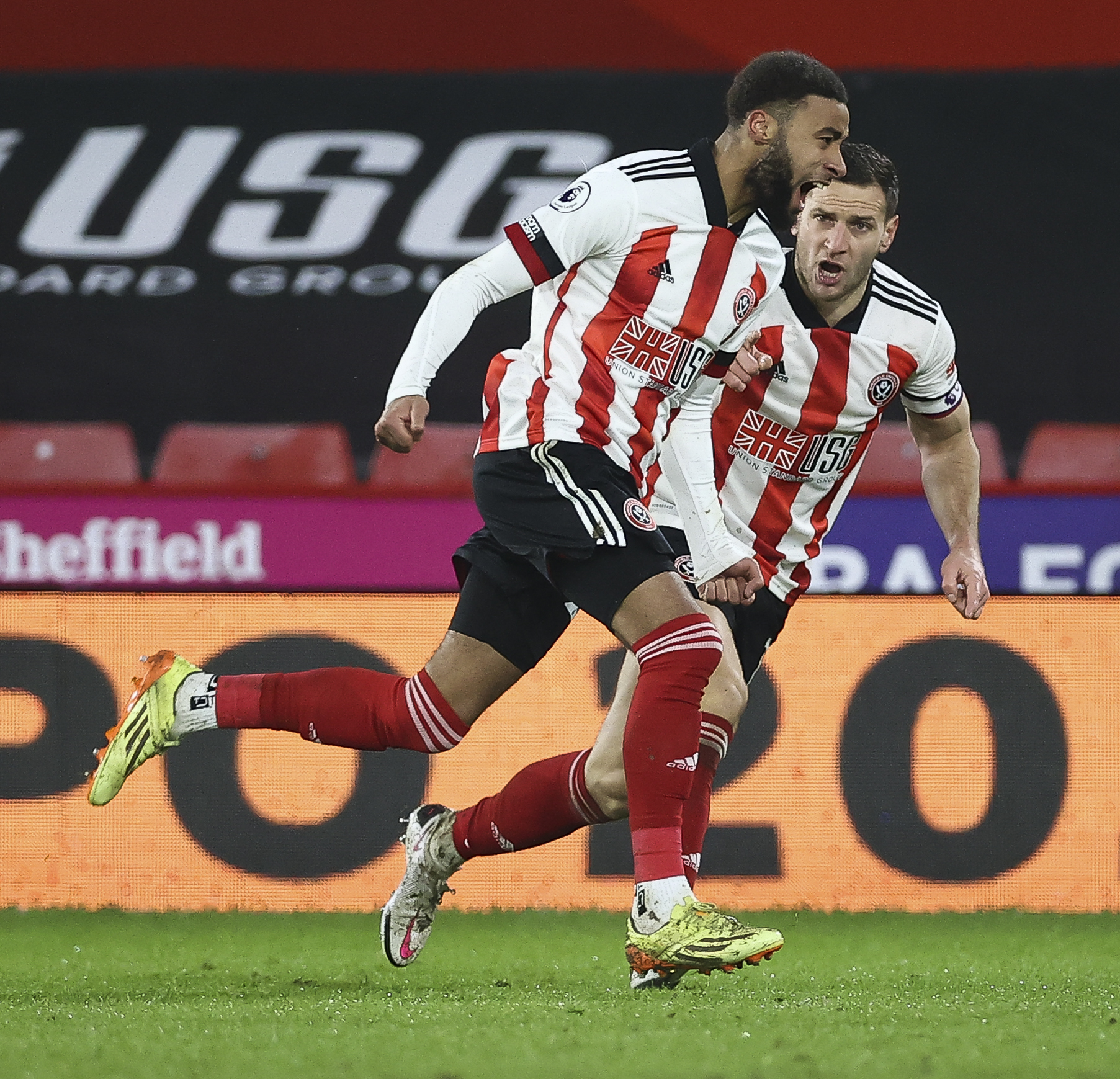 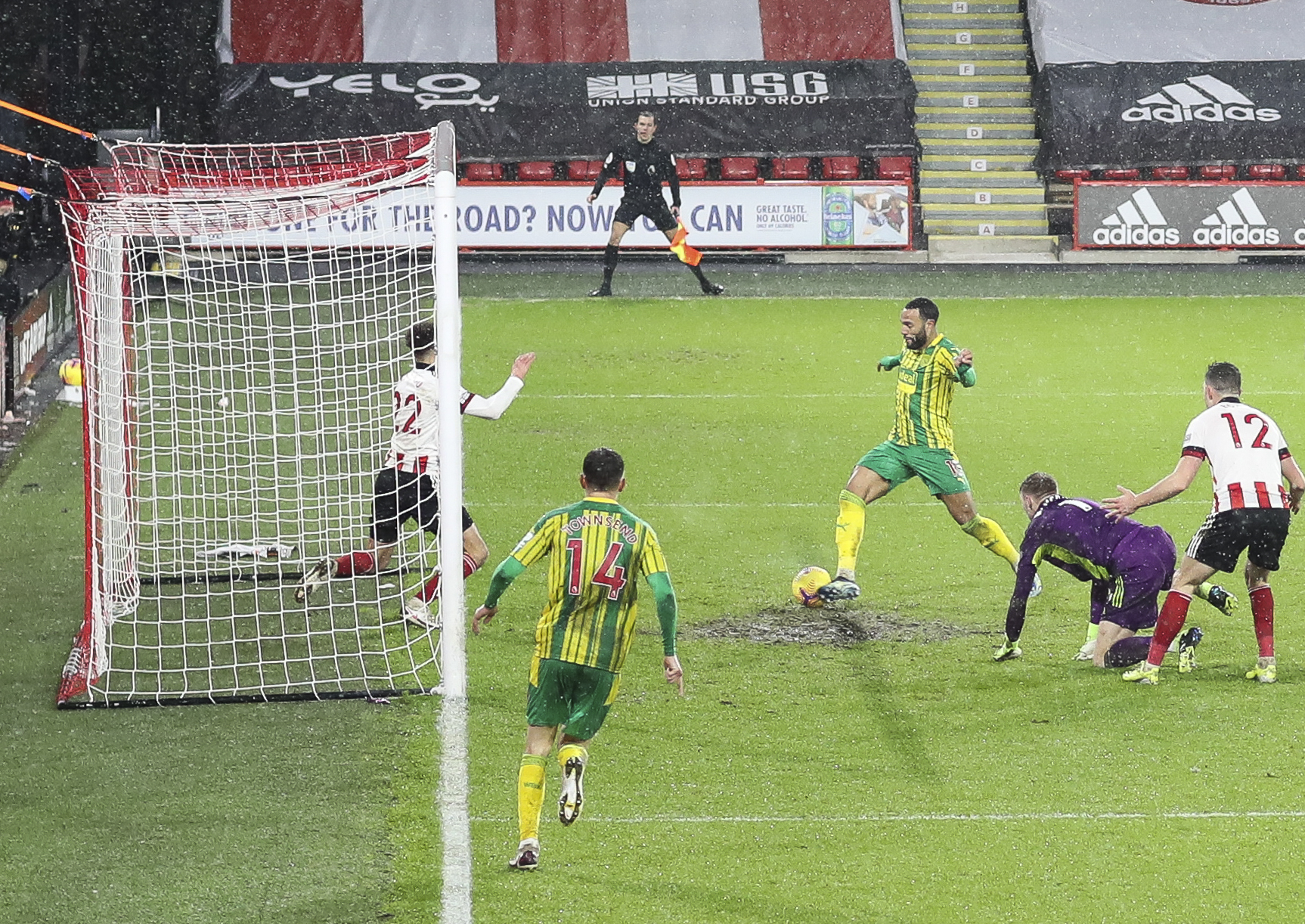 There was none of that excitement, drama nor hatred on this occasion.

But should this be the spark that guides Sheffield United to one of the greatest escapes the Premier League and English Football has ever seen, it will earn its own place amongst the club’s folklore, and rightly so.

It still looks bleak – 10 points from safety having played a game more than 17th placed Brighton.

But having gone 17 top flight games without a victory, to now be sitting with three wins from their last five is something special, and one that could inspire more magic come May.

As for the Baggies, this was supposed to be the sort of game and occasion that Sam Allardyce was brought to the club to inspire and snatch with his big, burly hands.

By no means are they out of it, sitting a point ahead of Sheffield United still, but dropped points in the last two games against relegation rivals Fulham and now the Blades has all the hallmarks of a side that may just not have enough.

After throwing away a win at the weekend, Big Sam made three changes to his side, including bringing in Matt Phillips and new-boy Mbaye Diagne for his first start in a Baggies shirt.

Sheffield United too made changes, opting to swap Oliver Burke and Rhian Brewster for the experience and know-how of David McGoldrick and skipper Sharp.

And boy was this a night for those veteran heads. The ball was travelling along the rain-soaked pitch like a bowling ball through mud – hardly conducive of a relegation thriller.

Keeping the ball in the air was the name of the game, and both sides had chances early on to spring on the counter after balls over the top, but Sharp and Callum Robinson lacked the quality to make it count in the final third.

Robinson continued to threaten however, stretching his legs on the counter and whistling an effort just past Aaron Ramsedale’s far post.

The rest of the half saw very little in terms of any courage, quality or belief. The nearest we came to seeing that was Ethan Ampadu’s long-range curler that was palmed away comfortably by Johnstone.

But then, five minutes before the break, on one of the rare occasions West Brom piled men forward, they snatched the opener.

A neat one-two in midfield sees Robinson away down the left and into the box before cutting inside and whipping one low at Ramsdale. 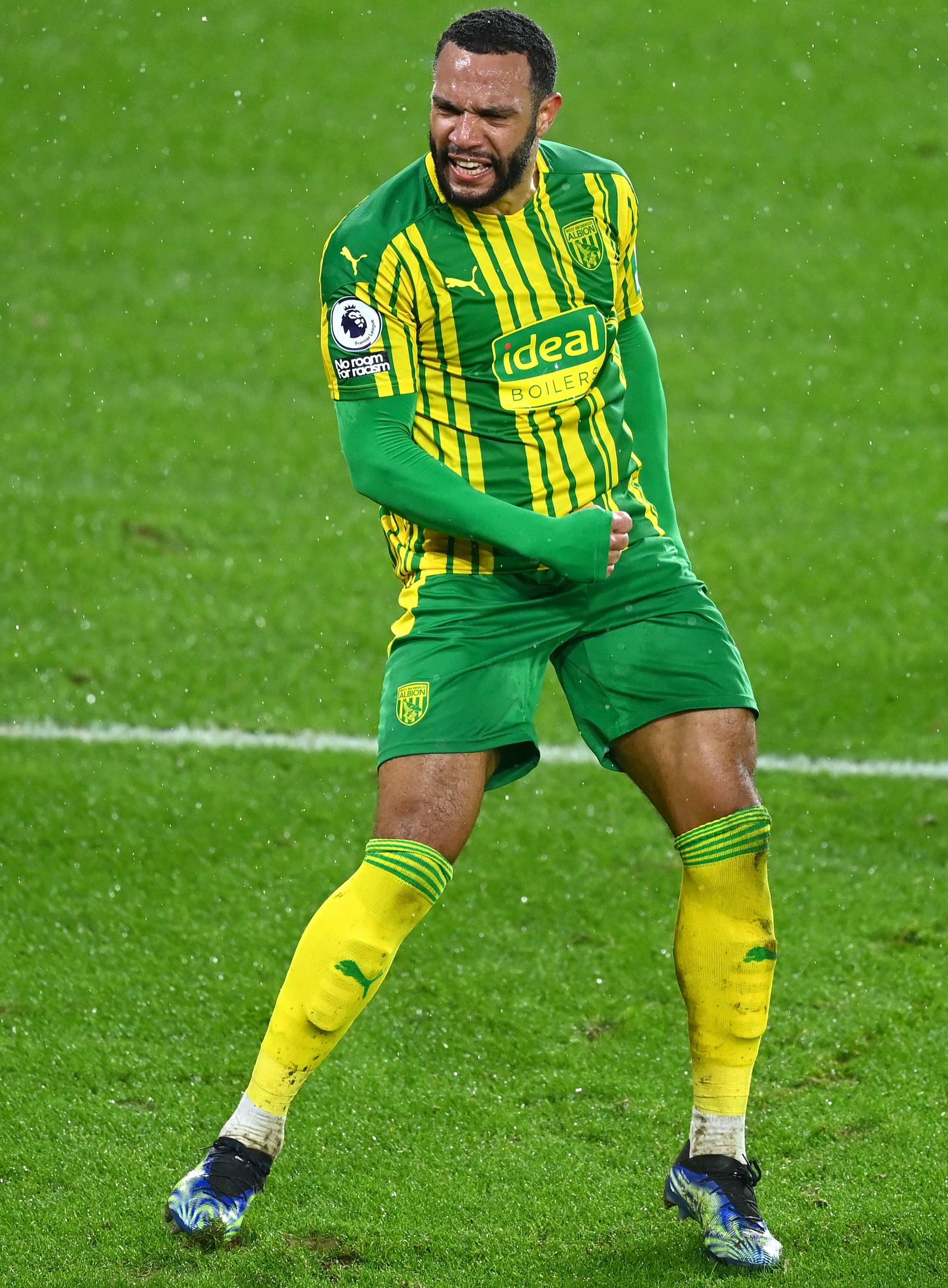 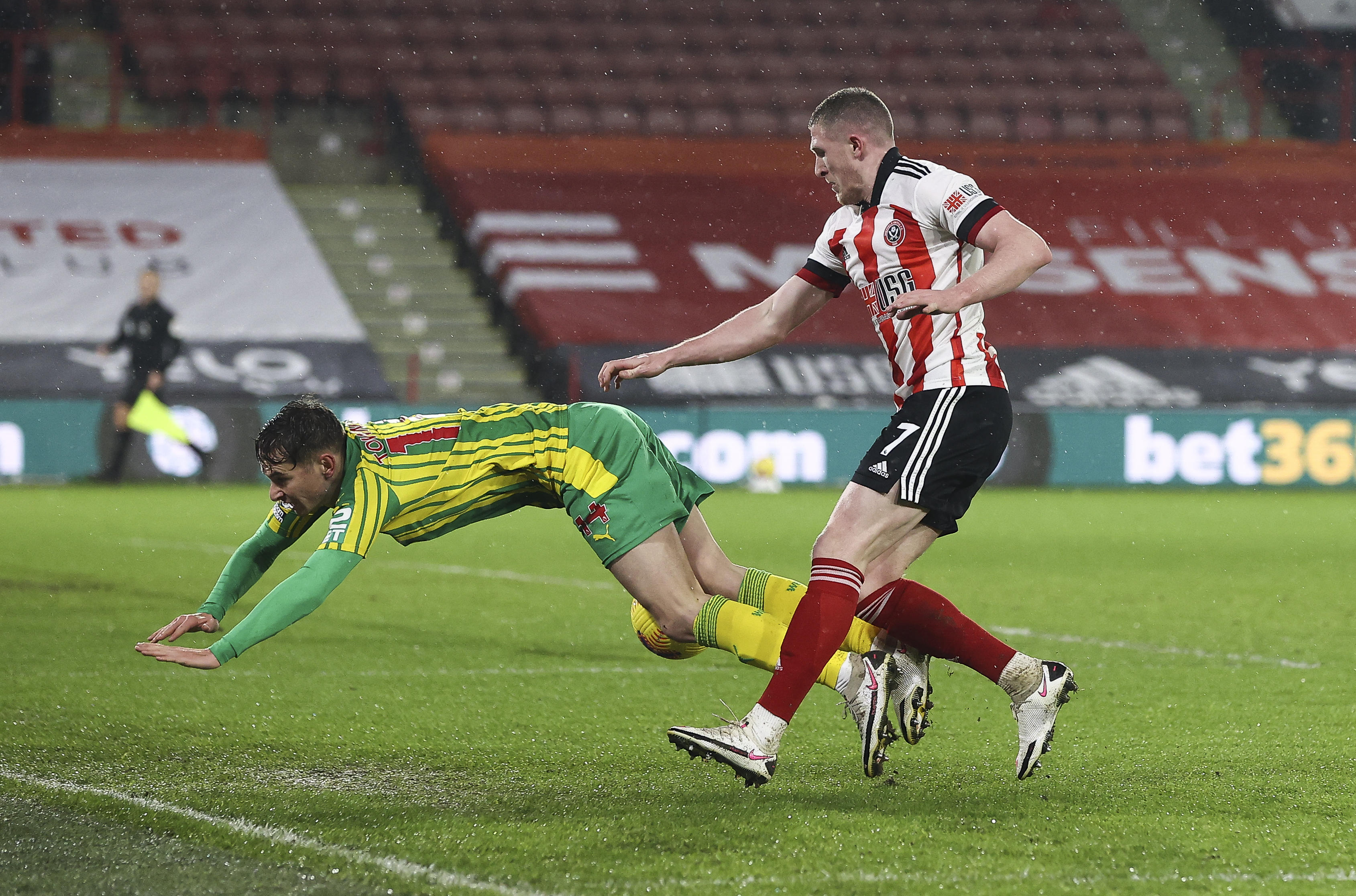 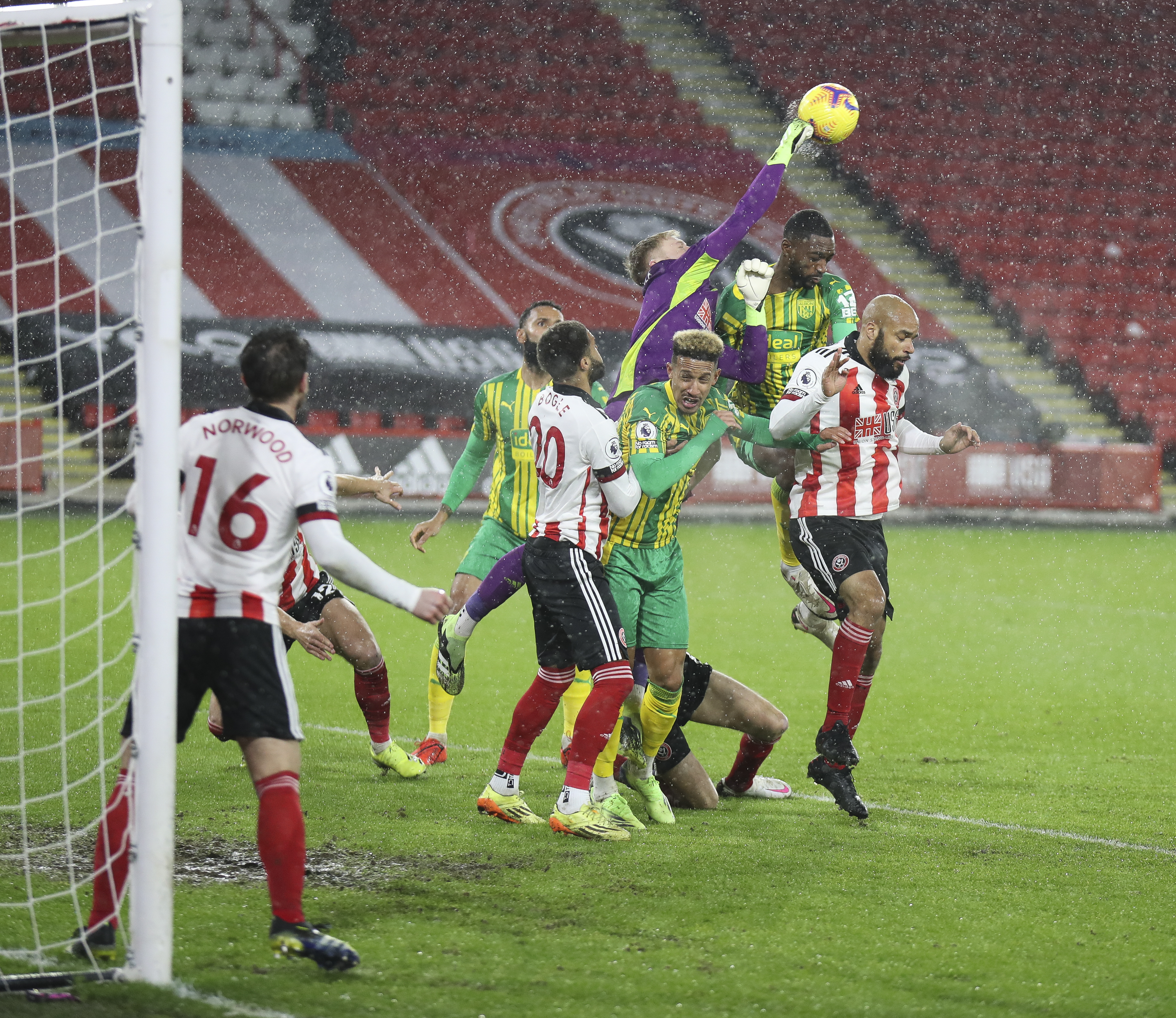 His parried save fell right to the feet of Diagne, whose follow up scuff was saved yet again by the Blades keeper before Matt Phillips tapped in on the line for his first – and easiest – of the season.

Times looked even bleaker moments later for the Blades as George Baldock hobbled off just before the break.

But they returned to the pitch looking more like the side that shocked the top flight last season – the fight was back, and so were the goals.

A six-yard box scramble after John Lundstram’s driving run looked to be fizzling out before Bogle teed himself up and fired through a body of players past a rooted-to-the-spot Johnstone.

Ramsdale then made a crucial reflex save before second half sub Ollie McBurnie should have grabbed the lead straight after but this time a body of Baggies defenders did their job.

That was until the 73rd minute as Sharp reacted quickest to a nothing-cross that deflected off John Egan, stabbing home to the elation of Wilder and his bench.

The battle is well and truly on now.