REFEREE David Webb was mocked for "play-acting" after being hit in the face by the ball during the Championship clash between Stoke and Sheffield United.

John Egan's 77th minute own goal handed The Potters all three points at the Bet365 Stadium on Saturday afternoon. 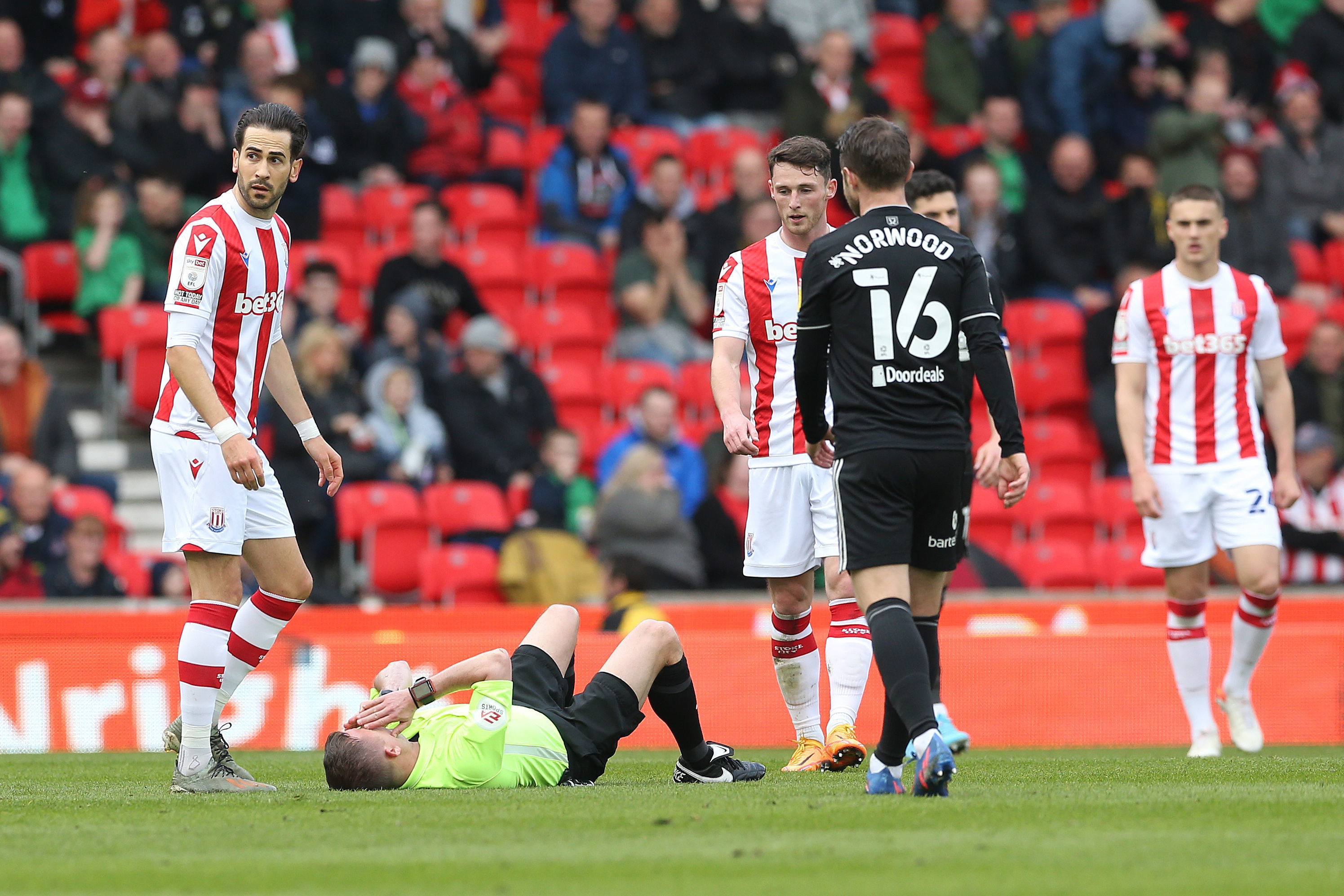 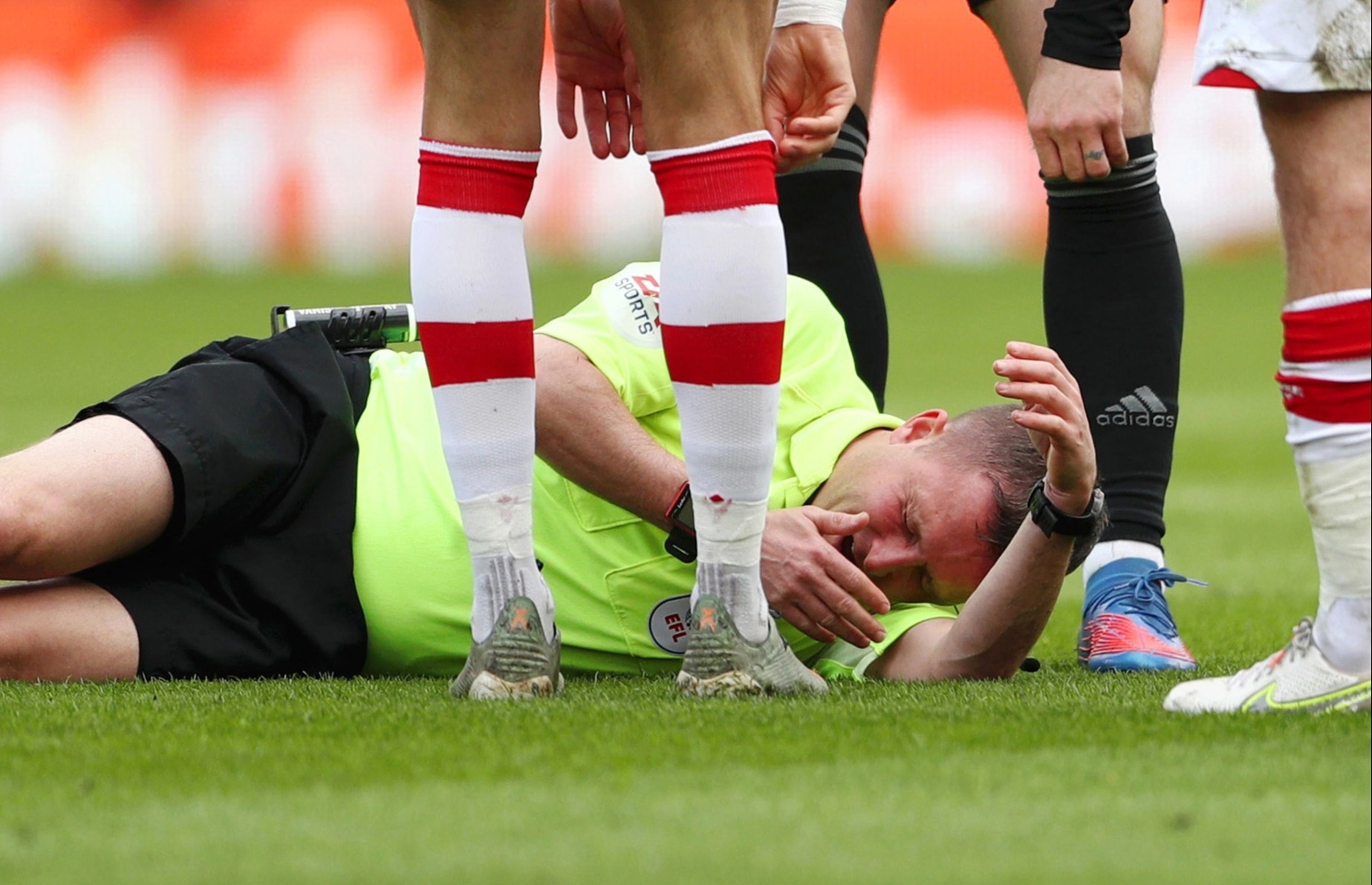 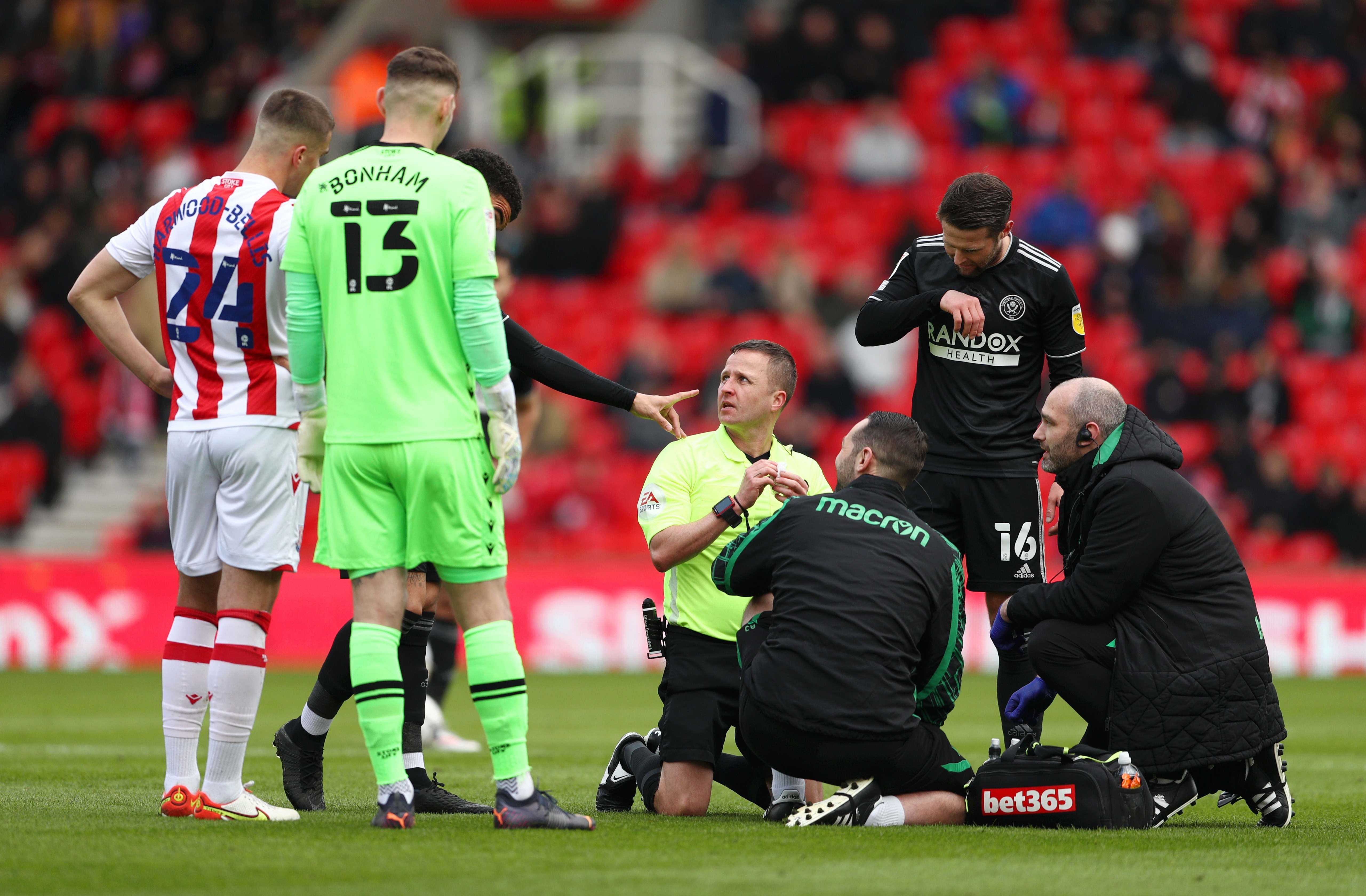 But it was referee Webb who was involved in the biggest talking point of the match.

Sheffield United midfielder Sander Berge's pass was deflected into the face of the ref and he immediately hit the deck.

But it was the rolling around on the floor while clutching his face that got people talking.

Reacting to the clip, one social media user said: "Shocking play-acting from the referee at the Stoke game today."

Another jokingly added: "Book him for simulation."

Reflecting on the game, a Sheffield United fan said: "The ref going over was the highlight of the game."

Stoke's second victory in a row takes them up to 13th in the Championship table and just two points off the top half.

But the result was a body blow for Sheffield United in their hopes of making the play-offs.

The Blades sat fifth coming off the back of the international break.

But results went against them on Saturday afternoon as they slipped down to eighth.

Blackburn Rovers now occupy the all important sixth spot, with The Blades one point behind them heading into the final seven games of the campaign.