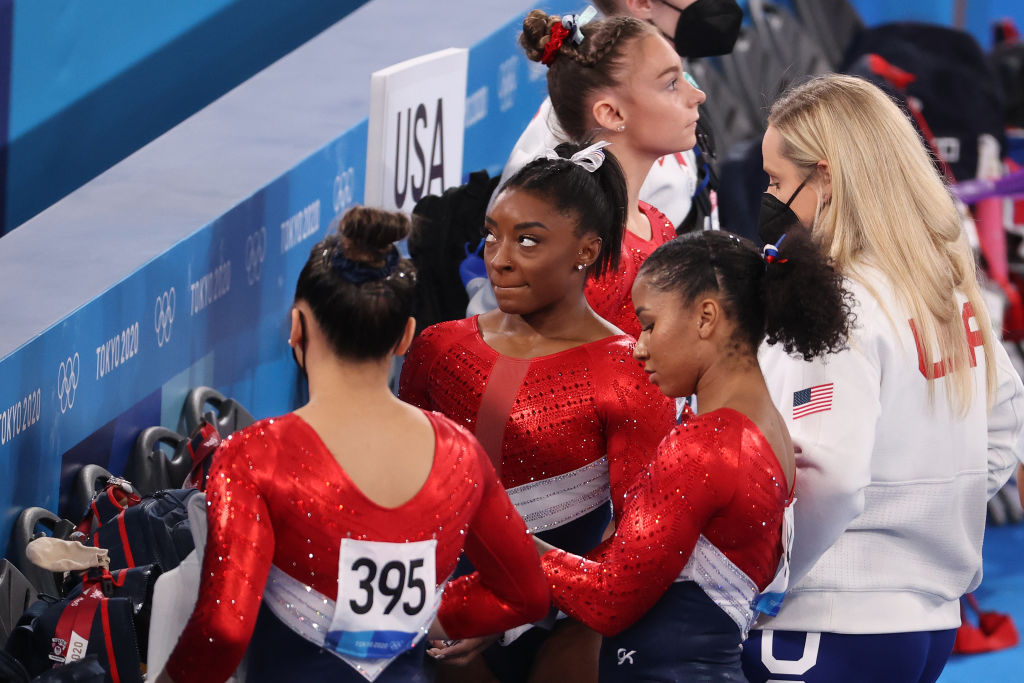 Simone Biles withdrew from the women’s artistic gymnastics final, just moments after posting the worst vault score of her career.

Biles, the most successful US gymnast of all time, left the arena after the first discipline with her coach.

She returned moments later but pulled out of the uneven bars, the second apparatus the USA were attempting with reserve Jordan Chiles stepping up.

Biles, who had strapping on her foot, then put her tracksuit on with her night over moments later.

It remains at this stage unclear why Biles withdrew from the event.

Concerns were initially raised after she posted the worst score out of the six competitors on the vault with a 13.766.

Typically a master on the vault, Biles, a four-time Olympic gold medalist, failed to stick the landing. She had posted the best score during the qualifiers.

Simone explained to her teammates that she was out of the competition, hugging them and wishing them the best for the night.

American commentator Hoda Kotb told NBC: ‘Simone explained to her team-mates that she was out of the competition.’

Retired American gymnast MyKayla Skinner added: ‘My heart broke for her. I can’t imagine what she’s going through right now. I’m not sure if she’s hurt something recently.’

There will now be a nervous wait over her condition, with Biles set to compete in the women’s all-around, the vault and uneven bars, floor exercise and balance beam events over the next week.

According to NBC, a Team USA coach said her exit ‘is not injury related’ and instead is suffering from a ‘mental issue’.

USA Gymnastics said: ‘Simone has withdrawn from the team final competition due to a medical issue. She will be assessed daily to determine medical clearance for future competitions.’

Biles had been open about the pressure on her shoulders heading into the finals.

She posted on Instagram: ‘I truly do feel like I have the weight of the world on my shoulders at times.

‘I know I brush it off and make it seem like pressure doesn’t affect me but damn sometimes it’s hard hahaha! The Olympics is no joke!’