STEPHEN MULHERN was unveiled as the secret masked winger during Soccer Aid 2021.

The TV host kicked off the second half at The Etihad and a minute later clattered into former Manchester United star Darren Fletcher. 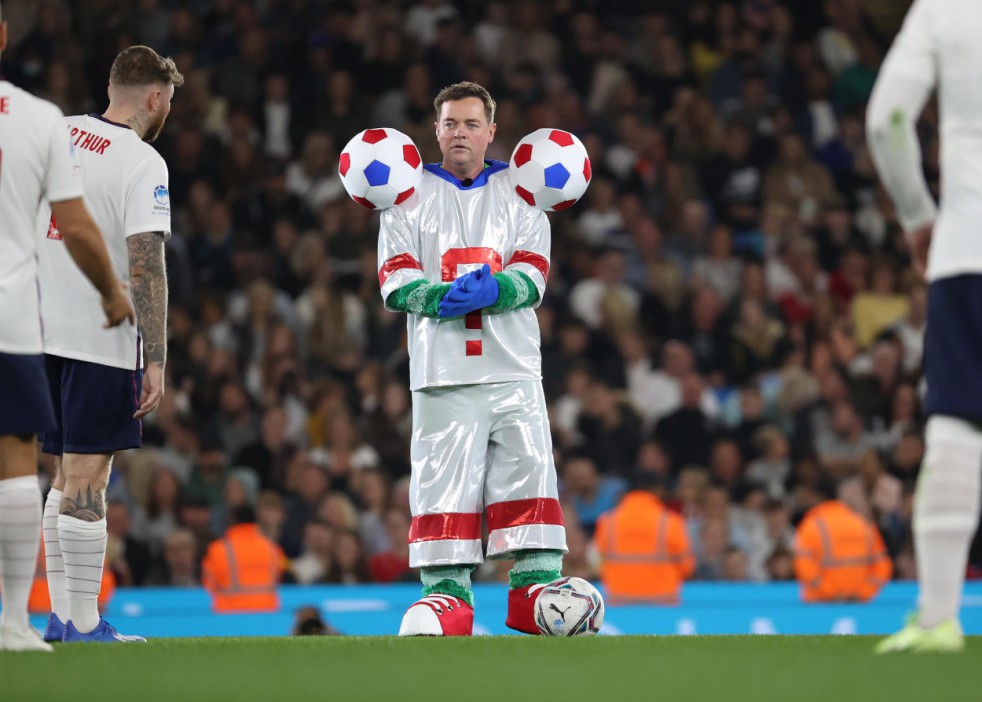 Minutes after he was booked for that challenge he was carried off the pitch by England captain Olly Murs.

And in his short spell on the pitch he did not see the ball much, with team-mate Paul Scholes refusing to pass him the ball.

Mulhern, remained dressed in his masked costume while playing and beamed to the crowd after he took off his referee whistle hat to show his face.

The outfit also bore a question mark on Mulhern's torso and two giant footballs on each shoulder.

Mulhern's uncovering was met with much mockery and derision online.

Some fans claimed his cameo turned Soccer Aid into a pantomime – even if it is a charity event.

One Twitter user wrote, tongue in cheek: "Stephen Mulhern's appearance at Soccer Aid may not have lasted as long as the European Super League but it has arguably done more damage to the integrity of the sport."

Another added: "If Stephen Mulhern had comic timing, he wouldn't have turned up to Soccer Aid."

A third said: "Imagine being in the crowd at soccer aid expecting some superstar to pop up as the mascot and it's Stephen Mulhern."