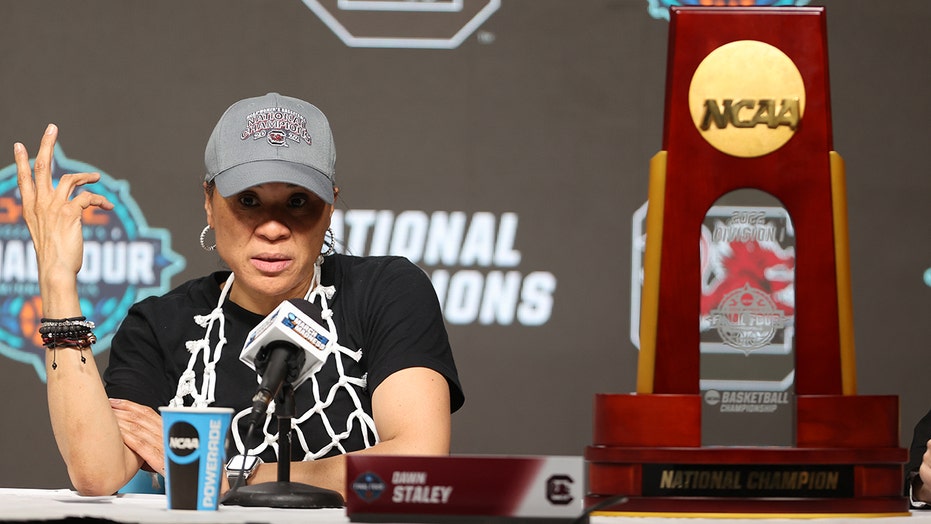 Staley and South Carolina took some heat following Friday’s Final Four win over Louisville for the team not being on the floor for the national anthem. She said it was simply a timing issue. 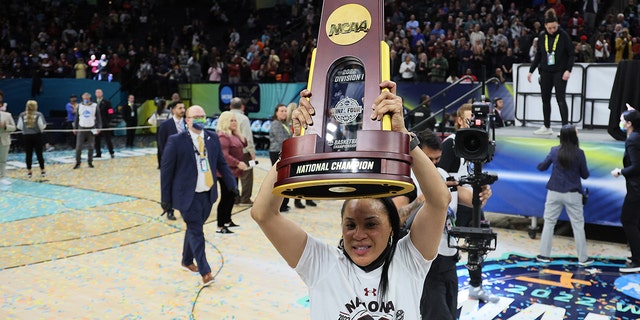 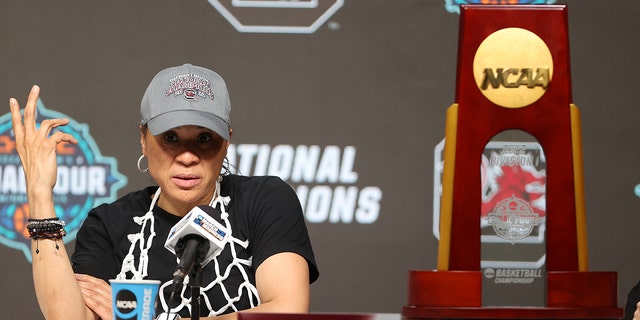 Head coach Dawn Staley of the South Carolina Gamecocks answers questions after a win over the Connecticut Huskies on April 3, 2022 in Minneapolis, Minnesota.
(Evert Nelson/NCAA Photos via Getty Images)

“People were on all of my accounts and all that. I can take the heat. But when you write something and it’s during one of the most important times of our season, let it be factual. Let it be factual.

“I think we could come up with a whole lot of different things you could write about our basketball team during this time than to write something like that that was full of untruths. And then the other articles come out from that, and then we’re called unpatriotic, we’re called – some of the nastiness, and it’s because we’re a predominantly Black team.

“So when you do that, understand your power, and if it’s facts, I can’t fight that. But they were full of untruths.” 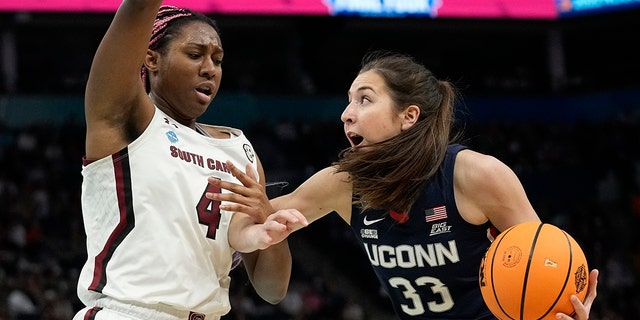 Staley’s team has stayed in the locker room during the anthem or protested in some form since the middle of the 2020-21 college basketball season. She told Andscape at the time that players were sitting during the national anthem in almost every game that season to “bring awareness to racial injustice in our country.”

According to Insider, most teams have stayed in the locker room as well until Louisville came out.

Some Cardinals players were wearing Adidas-branded shirts with a message on the back: “No person in the United States, shall on the basis of sex, be excluded from participation in, be denied the benefits, or be subjected to discrimination under any education program or activity receiving federal financial assistance.”