Spain manager Robert Moreno would ‘step aside’ for Luis Enrique 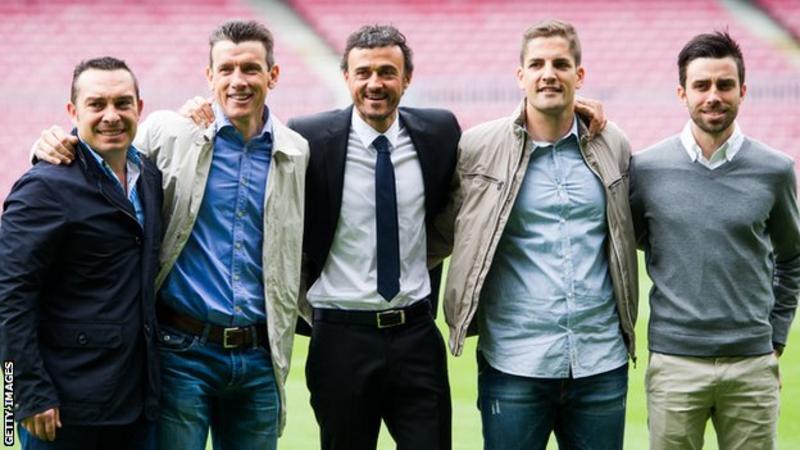 Spain manager Robert Moreno will “step aside” if Luis Enrique ever wants to return to the job.

Enrique resigned in June for personal reasons and last week announced that his nine-year-old daughter, Xana, had died from bone cancer.

The 49-year-old was in charge of Spain for 11 months before he was replaced by his assistant.

“If Luis wants to return one day I would be delighted to step aside and work with him,” said Moreno.

“I consider Luis a friend and friendship comes ahead of everything.”

Moreno replaced Enrique on a temporary basis for Spain’s last three matches and was later named his permanent successor.

He is currently preparing for Euro 2020 qualifiers away to Romania on Thursday and at home to the Faroe Islands on Sunday.

Enrique, who led Barcelona to a treble of La Liga, Copa del Rey and Champions League in 2015, has been inundated with messages of support from the football world.

“It has been a very difficult week,” added Moreno.

“We will try to bring a tiny bit of happiness in a very bad moment. That is the only thing we can do as a group.”