Pittsburgh Steelers rookie Najee Harris returned to the California homeless shelter earlier this month where he stayed at times when he was a child to help renovate the building and the grounds.

Harris partnered with the Lowe’s Home Team to bring new life to the Greater Richmond Interfaith Program in Richmond – located about 12 miles north of Oakland. He and more than 100 volunteers removed the floors, walls, fences, gardens, play areas and veterans’ housing. 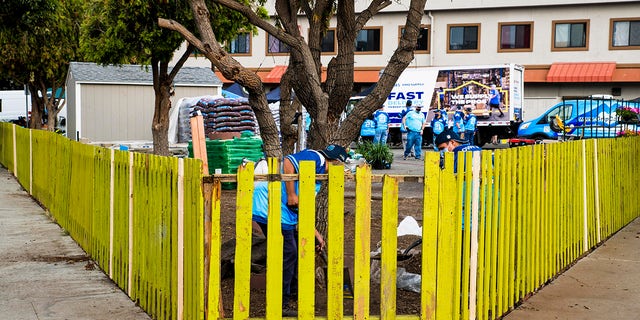 He said he’s tried to go back to the shelter to help out as much as he could. He held his draft party in April before the Steelers selected him in the first round and after that took some kids at the shelter to see the San Francisco Giants. 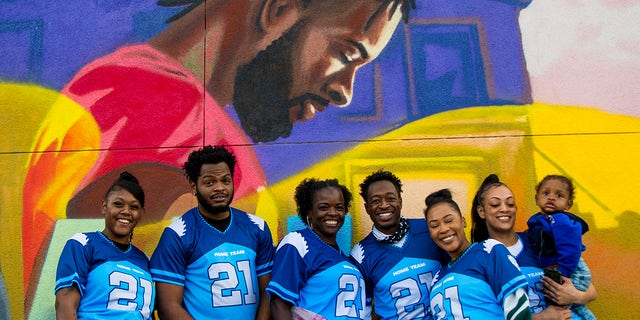 When Harris was 12 years old, his mother and four siblings were homeless and moved from shelter to shelter around the Bay Area at one point even living in a car. The Martinez, California, native would eventually attend Alabama where he would star at running back, helping the Crimson Tide to a national championship and then get drafted 24th overall by the Steelers.

While visiting the shelter, Harris says he just tries to keep the kids’ minds off their struggles.

“I tell them the basic stuff, it’s not like I give some grand speech or something but you know,” he told Fox News as far as the advice he would give them. “I tell them you can always change around the situation and sometimes I’m not even speaking to them about the situations they’re in because they all know where they’re at. I just try to take their minds off other things like I said, I took them to the Giants game. I might throw them a little party or something like that.” 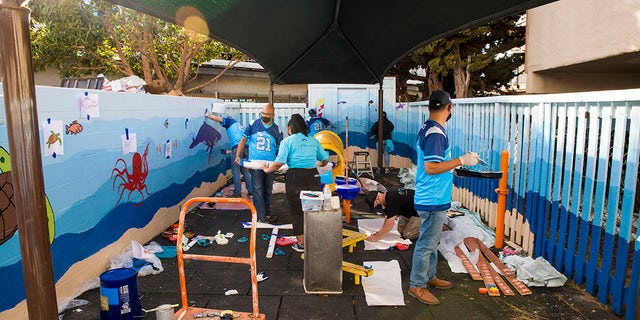 Harris is now contending for the NFL’s Offensive Rookie of the Year award. He and the Steelers have an important divisional matchup Sunday against the Cleveland Browns. Harris has 388 rushing yards, two rushing touchdowns and two receiving yards in 2021.