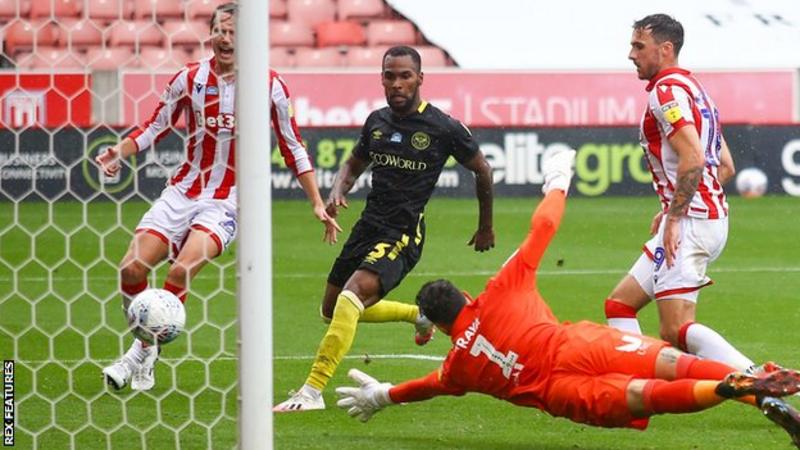 Brentford missed the chance to put promotion to the Premier League in their own hands by falling to defeat at Stoke City, a result which handed Leeds United the Championship title.

Leeds, who were promoted on Friday, now cannot be caught at the top, while the Bees remain third in the table and a point behind West Brom heading into Wednesday’s final round of fixtures.

Brentford conclude their season against Barnsley at Griffin Park while the Baggies, one of two teams left in the automatic promotion race alongside Fulham, host Queens Park Rangers.

Stoke are now mathematically safe for another season and move up to 17th, eight points clear of the drop zone before the rest of Saturday’s matches are played.

The only goal at the bet365 Stadium came in the first half when Lee Gregory tapped in after visiting goalkeeper David Raya palmed out Sam Clucas’ long-range strike.

Brentford, who had won their previous eight games, put in arguably one of their poorest performances of an otherwise excellent season and their prolific front three of Ollie Watkins, Said Benrahma and Bryan Mbeumo were kept quiet.

With West Brom losing at Huddersfield on Friday, a result which sent Leeds up to the top flight, Brentford knew victory in the Potteries would leave them realistically requiring one more point to secure promotion because of their superior goal difference.

However, they looked far from the side who had won eight in a row, and the Championship’s top scorers created little against a resolute Stoke backline.

They were mainly restricted to half chances, although Brentford thought they should have been awarded a first-half penalty when Bruno Martins Indi appeared to tug down Pinnock in the box.

The defeat can take nothing away from what has been a sensational few weeks for Thomas Frank’s side since the league resumed on 20 June.

Brentford were fourth and 10 points off the automatic promotion places when the Championship was suspended amid the coronavirus pandemic in March.

Their run of victories, combined with the Baggies winning just three of their past 10 matches, saw the deficit shrink to just one point – although they will feel this is a huge missed opportunity.

The west London side have not been in the top flight of English football since 1946-47, but the Baggies could now stop them going straight up even if they beat Barnsley. 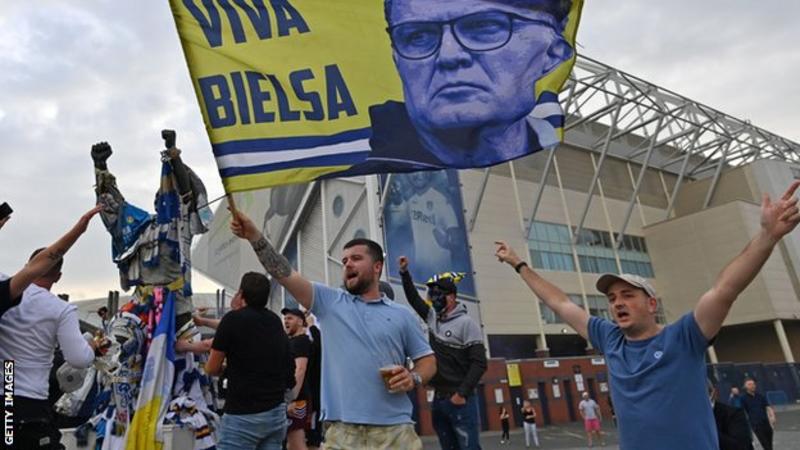 Over the past 24 hours Leeds have been promoted to the Premier League for the first time since 2004 and crowned second-tier champions without kicking a ball.

Marcelo Bielsa’s side only needed another point from their final two matches, starting with Sunday’s visit to Derby, for the title, but the job has already been done for them.

At the other end of the table Stoke’s upturn in form this month, a 5-0 defeat at Leeds aside, has made sure they remain in the Championship.

The Potters only picked up two points from their first 10 matches, a run which saw Nathan Jones sacked in November and replaced by Michael O’Neill.

Their terrible start means they have been in and around the relegation zone for much of the season, but three straight home victories against Barnsley, Birmingham and now Brentford proved crucial.

Attempt missed. Christian Nørgaard (Brentford) header from the centre of the box misses to the left. Assisted by Emiliano Marcondes with a cross following a corner.

Attempt missed. David Raya Martin (Brentford) header from the centre of the box misses to the left. Assisted by Emiliano Marcondes with a cross following a corner.

Attempt saved. Ethan Pinnock (Brentford) left footed shot from the left side of the box is saved in the bottom right corner.

James McClean (Stoke City) is shown the yellow card for a bad foul.

Nick Powell (Stoke City) wins a free kick in the defensive half.

Ethan Pinnock (Brentford) wins a free kick in the defensive half.

Christian Nørgaard (Brentford) wins a free kick in the defensive half.