Kawhi Leonard sent the Toronto Raptors to the Eastern Conference Finals in stunning fashion on Sunday, eliminating the Philadelphia 76ers in Game 7 with a series-winning shot that bounced around the rim before falling in.

Leonard’s shot wasn’t as smooth as, say, Damian Lillard’s 37-foot series winner over the Oklahoma City Thunder, but it was just as dramatic, as the game was tied and appeared to be going to overtime before the shot fell.

Read more: Kawhi Leonard knocked out the 76ers with a dramatic bouncing buzzer-beater

Rick Madonik of The Toronto Star captured an incredible photo of the moment, as Leonard had fallen out of bounds on the attempt while the 76ers’ Joel Embiid watched the ball alongside of him. 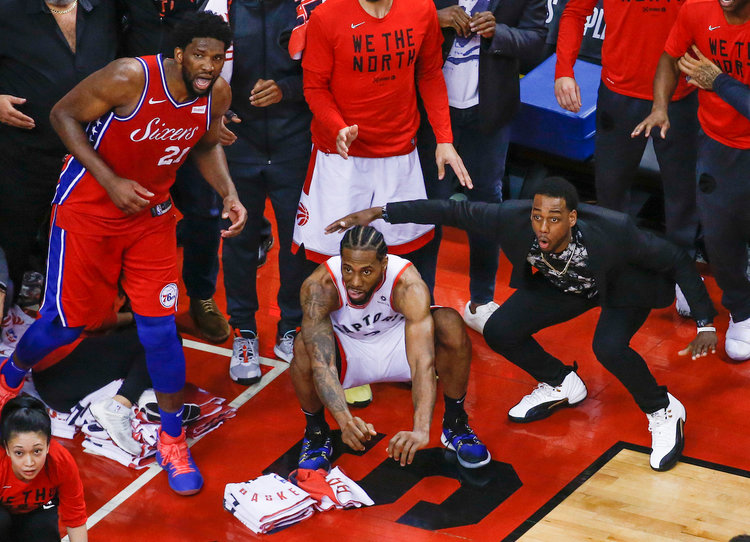 A wider shot (believed to also have been taken by Madonik) captured even more emotions.