QUEEN'S champion Matteo Berretini had Sue Barker in tears live on-air in a classy tribute to the BBC presenter.

Barker, 66, is calling time on her broadcasting career next month following 30 years on our screens. 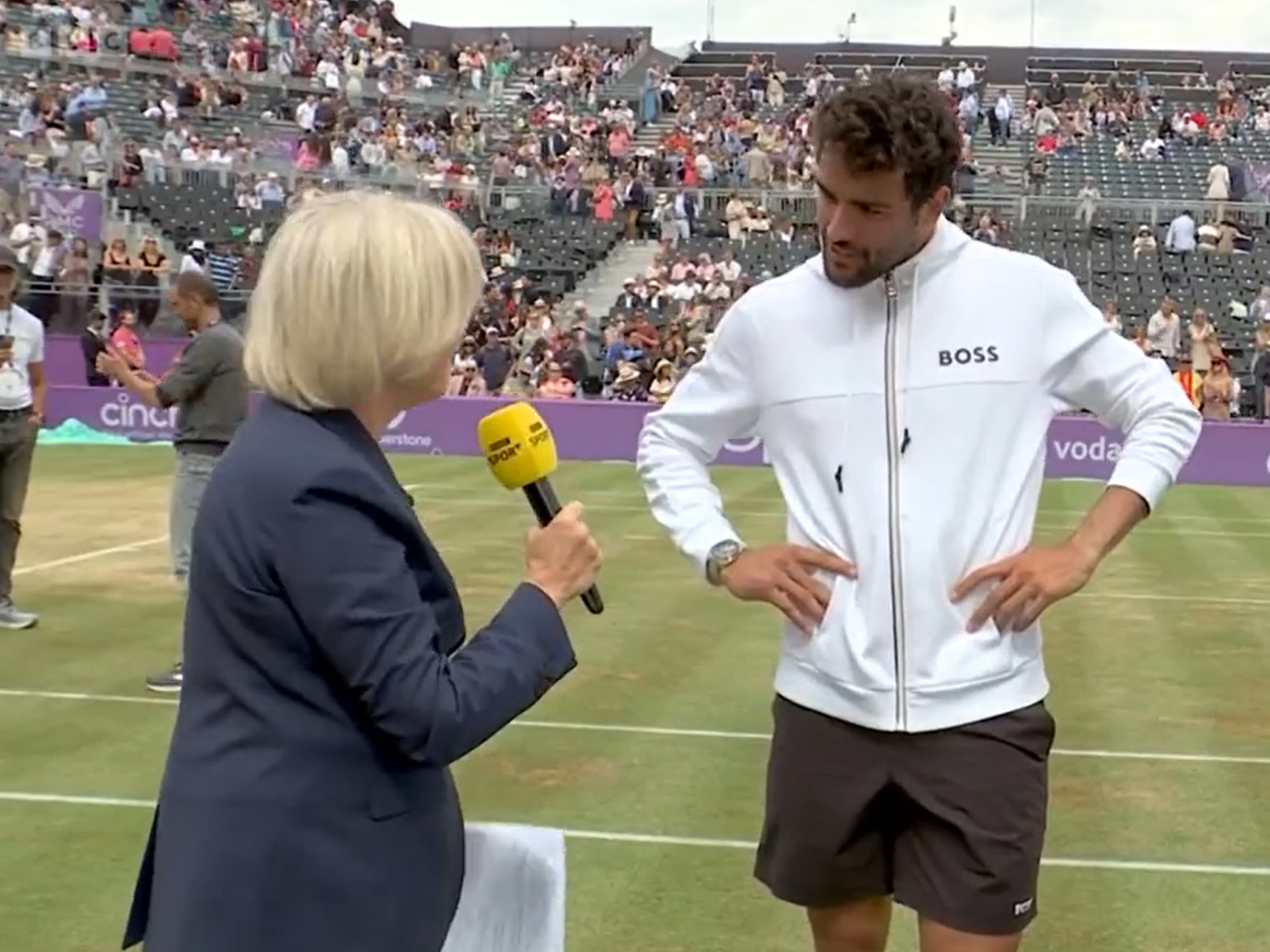 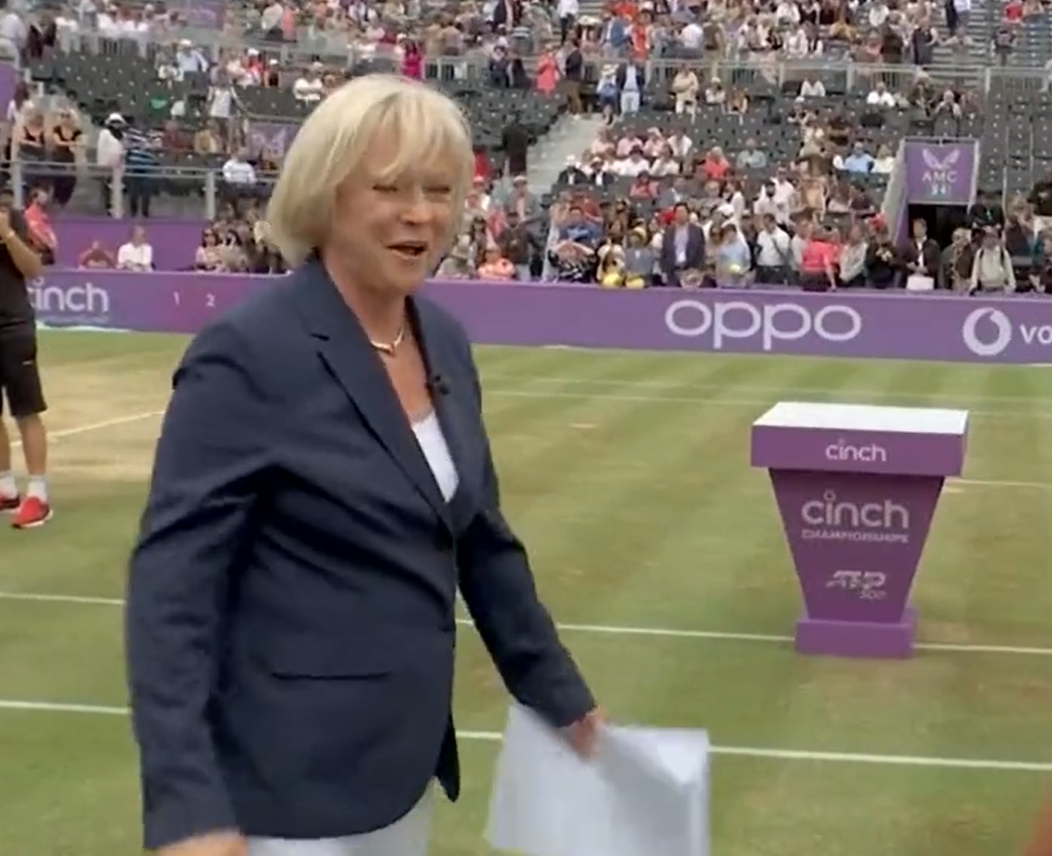 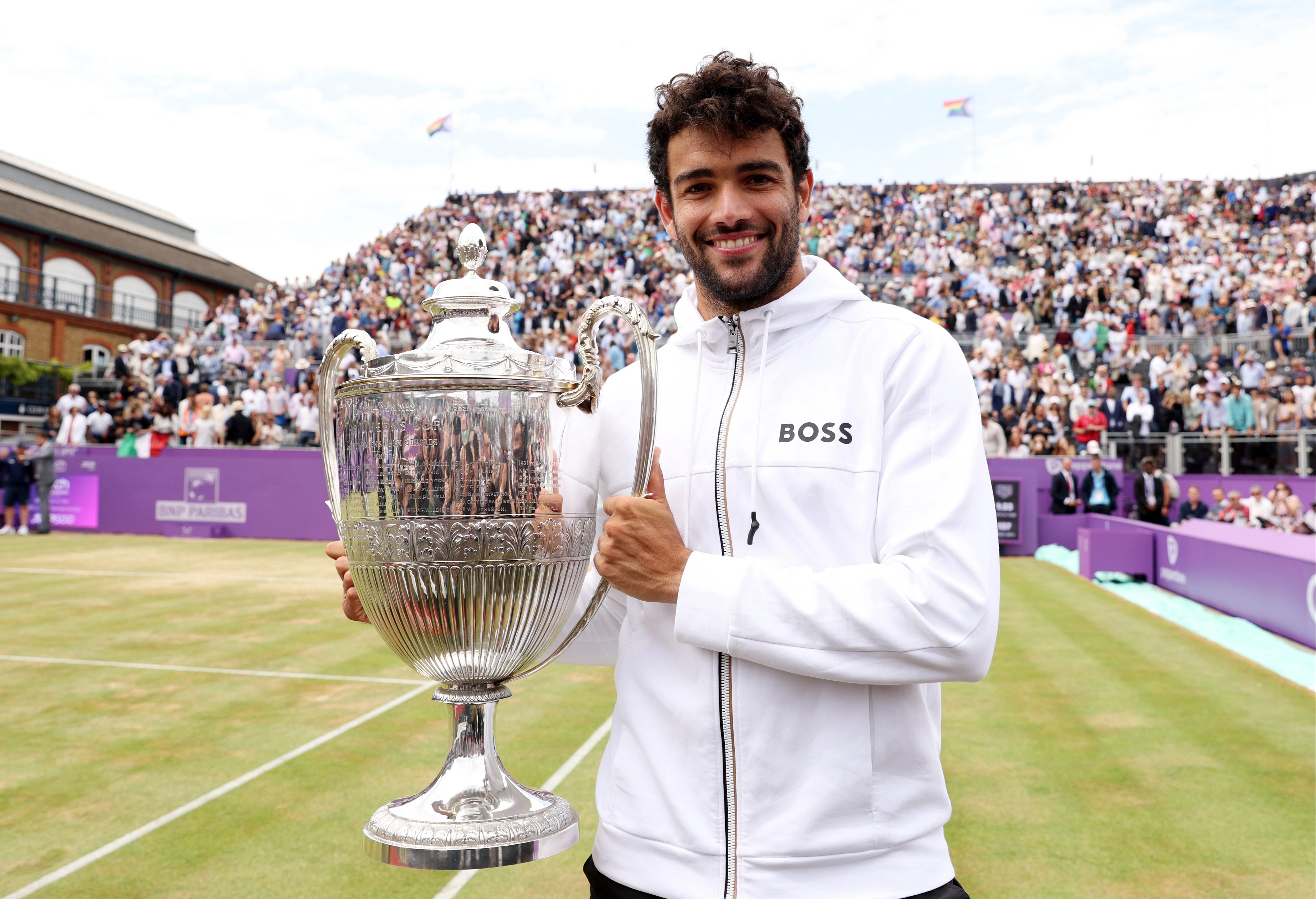 And Berretini had Barker "welling up" after he defended his Queen's title with a 7-5 6-4 win over Serbia's Filip Krajinovic today.

Barker grabbed the 26-year-old for an interview following his win in West Kensington and ahead of the big one in SW19 next week.

He said: "I just want to say congrats for your career. I heard it's going to be your last Queen's and last Wimbledon so good luck for the rest of your beautiful life, and congrats." 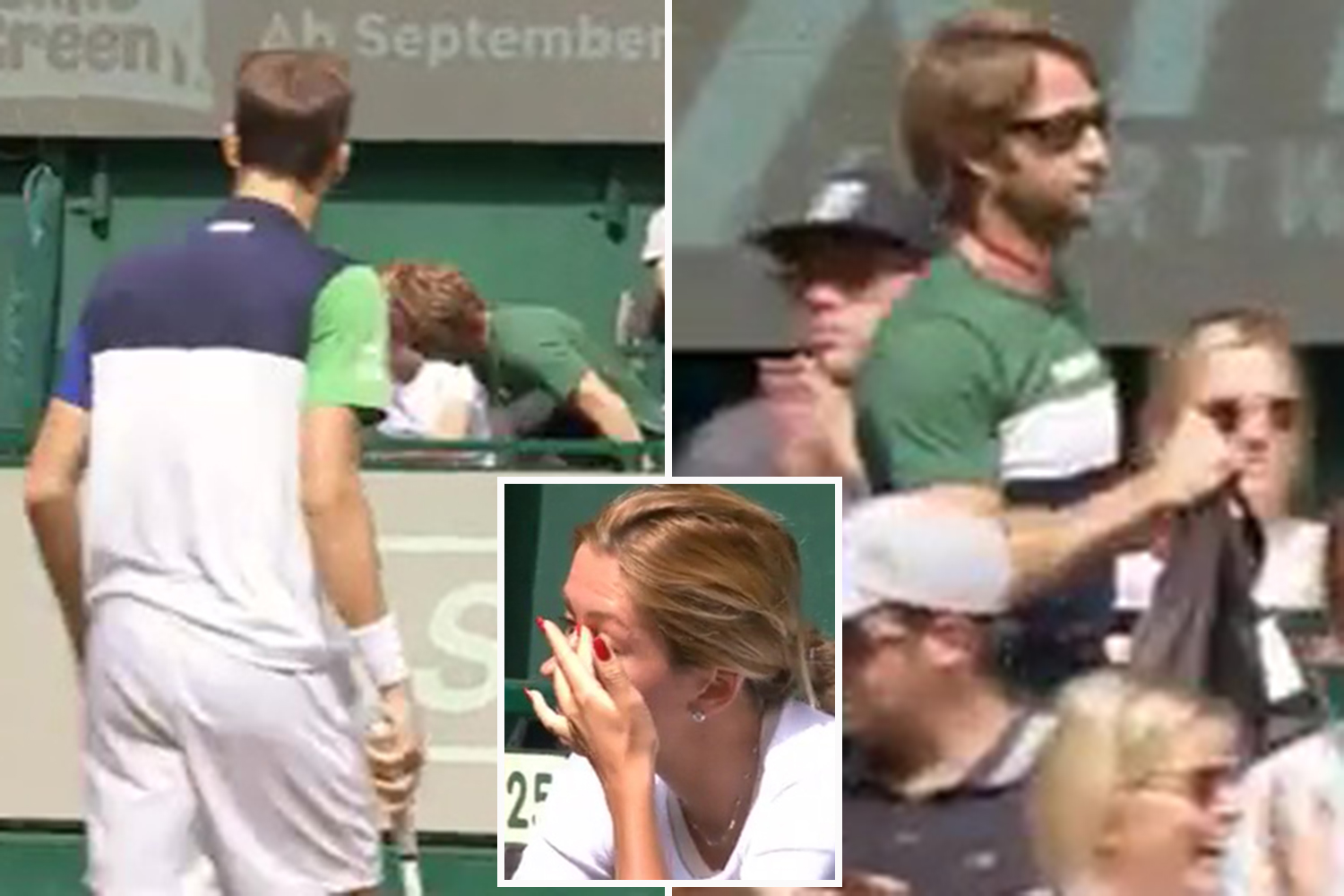 Get £30 in FREE BETS with William Hill – includes F1, cricket, tennis and golf

Barker will quit after the Wimbledon men's final next month, a match Berrettini himself has a great chance to be in.

The Italian heads to the iconic tournament in supreme shape after defending Queen's.

The Italian became the eighth player in the Open Era to win back-to-back singles titles after he overcame shock finalist Krajinovic.

Since returning from hand surgery, Berrettini has won nine matches in a row on grass – he beat Andy Murray in last weekend’s Stuttgart Open final. 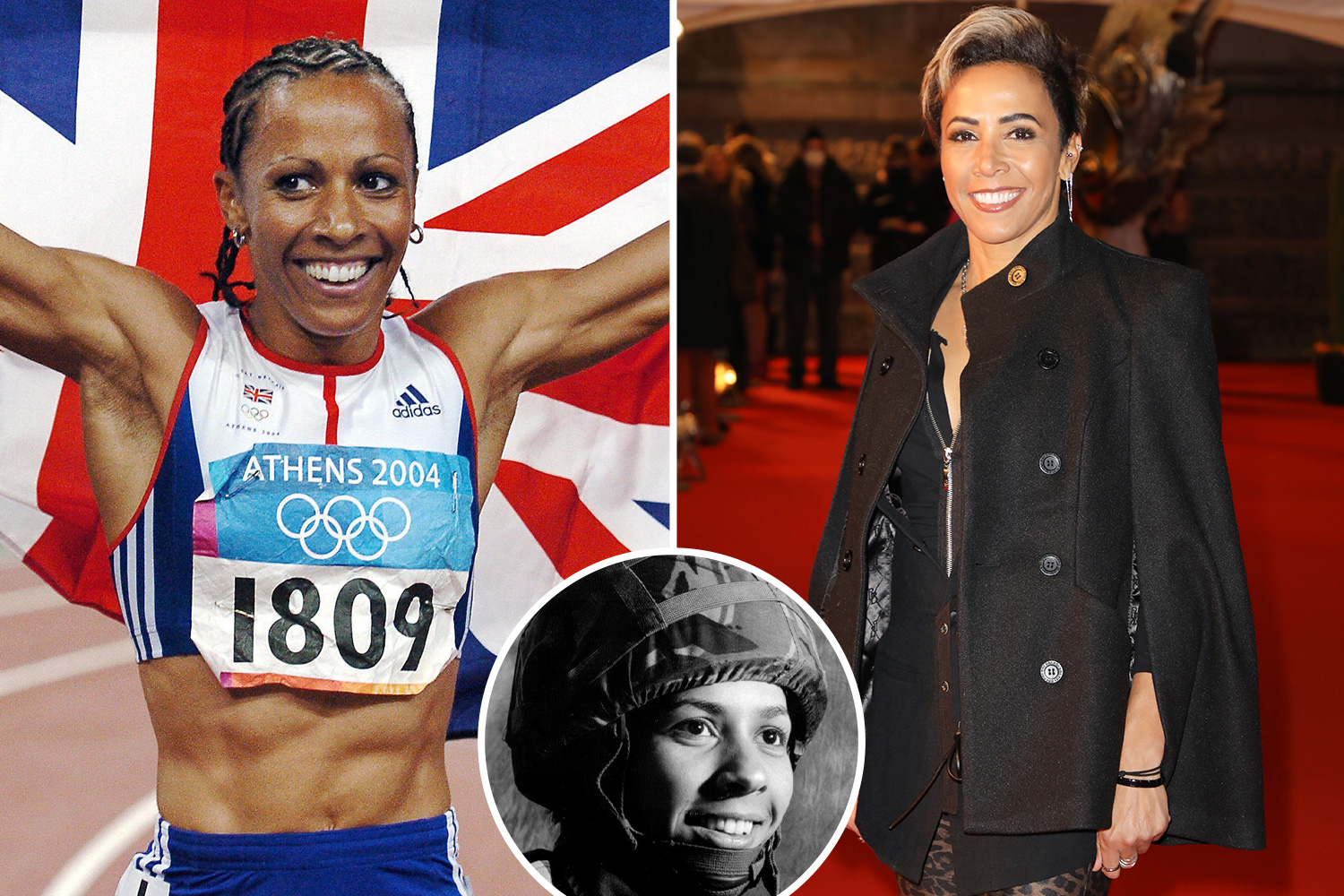 And last year’s Wimbledon finalist plans to go one better this time around.

His dad Luca flew in from Rome for this match and was rewarded by watching his charismatic son become King of Queen’s once again.

Berrettini, who sealed the triumph with a 137mph ace said: "I forgot how heavy this trophy was.

"I’ve too many emotions. The last thing I expected after coming back from surgery was winning two titles in a row.

"My dad text me after the semis and asked: ‘Should I come or not?’ I said: ‘Of course you have to.’

"I arrived at Stuttgart and I wasn’t feeling great. Not hitting the ball the way I used to do.

How much does it cost to run a hot tub?

"I thought this would be tough but it went pretty well. I guess I’m Italian, so I’m always complaining. But I cannot complain now.

"Every time I walk here, it’s tricky, I get lost in this clubhouse. I see all the names, all the champions from past and present, and knowing it is me twice on the same wall, it gives me goose bumps." 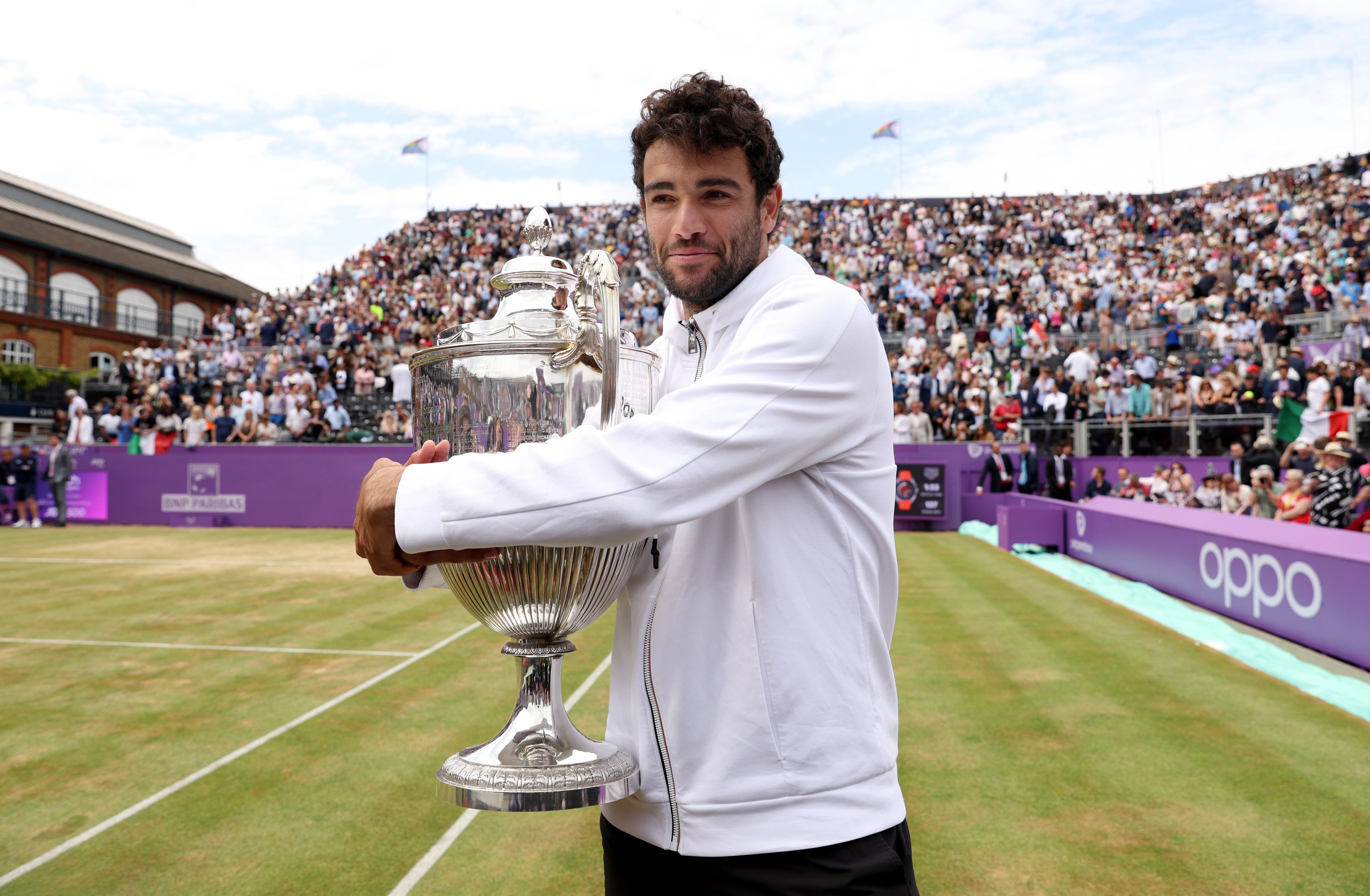