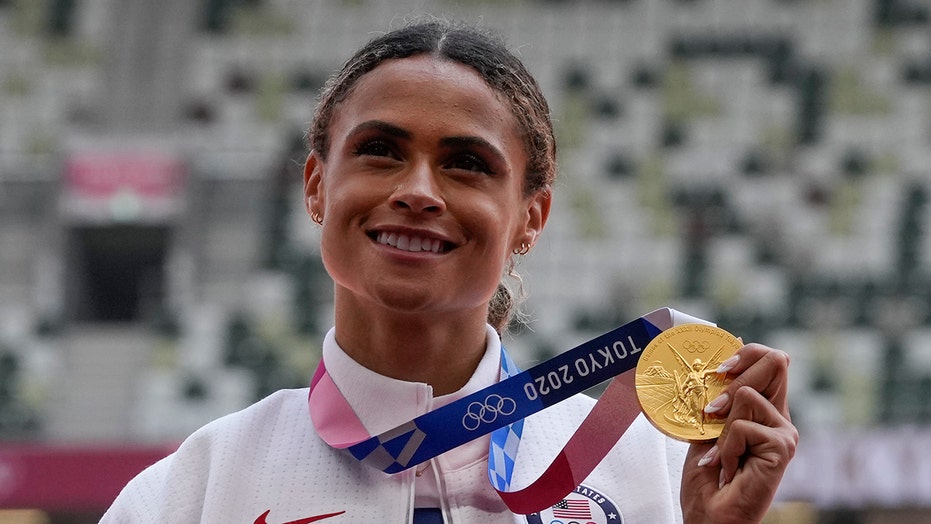 American superstar sprinter Sydney McLaughlin clocked in at 51.46 in the 400-meter hurdles at the Tokyo Olympics and broke her own world record to win her first Olympic gold medal on Wednesday.

Millions of fans across the world tuned in to watch McLaughlin run, but the watch party at her alma mater – Union Catholic High School in Scotch Plains, New Jersey – may have been one of the most epic scenes yet. 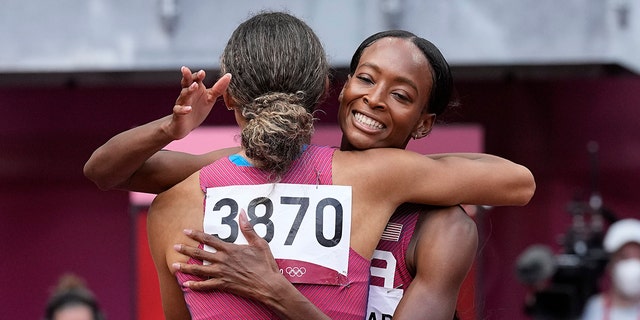 Sydney McLaughlin, left, of the United States, embraces compatriot Dalilah Muhammad, after their semifinal of the women’s 400-meters at the 2020 Summer Olympics, Wednesday, Aug. 4, 2021, in Tokyo. (AP Photo/David J. Phillip)

According to the website, the Union Catholic community gathered at the Stage House Tavern in Mountainside, New Jersey on Tuesday night to watch McLaughlin win her first gold medal.

“To have so many members of our community gather together last night to cheer for Sydney and support Sydney was so heartwarming,” Sister Percylee told the site. 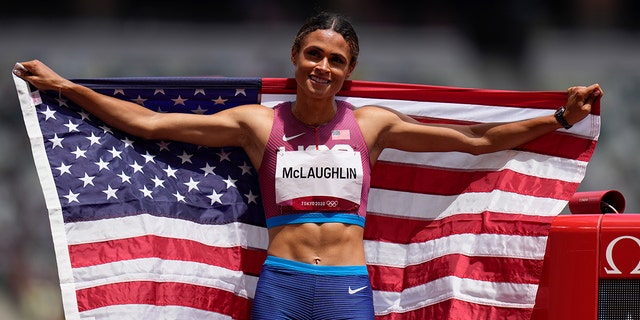 McLaughlin came from behind to run down fellow American Dalilah Muhammad after the very last hurdle. Muhammad finished with a 51.58, which also broke the original world record but finished behind the 21-year-old New Jersey native.

McLaughlin also won gold in the 2019 World Championships in the 4×400-meter relay and a silver medal in the same competition in the 400-meter hurdles.

Muhammad won a gold medal in the 400-meter hurdles in the 2016 Rio Games as well as gold in the same event in the 2019 World Championships.