THEY are a picture of poise and grace, their bodies honed to ­perfection as they realise their Olympic dream.

Yet synchronised swimmers Kate ­Shortman and Isabelle Thorpe have had to fend off body shamers from the depths of social media. 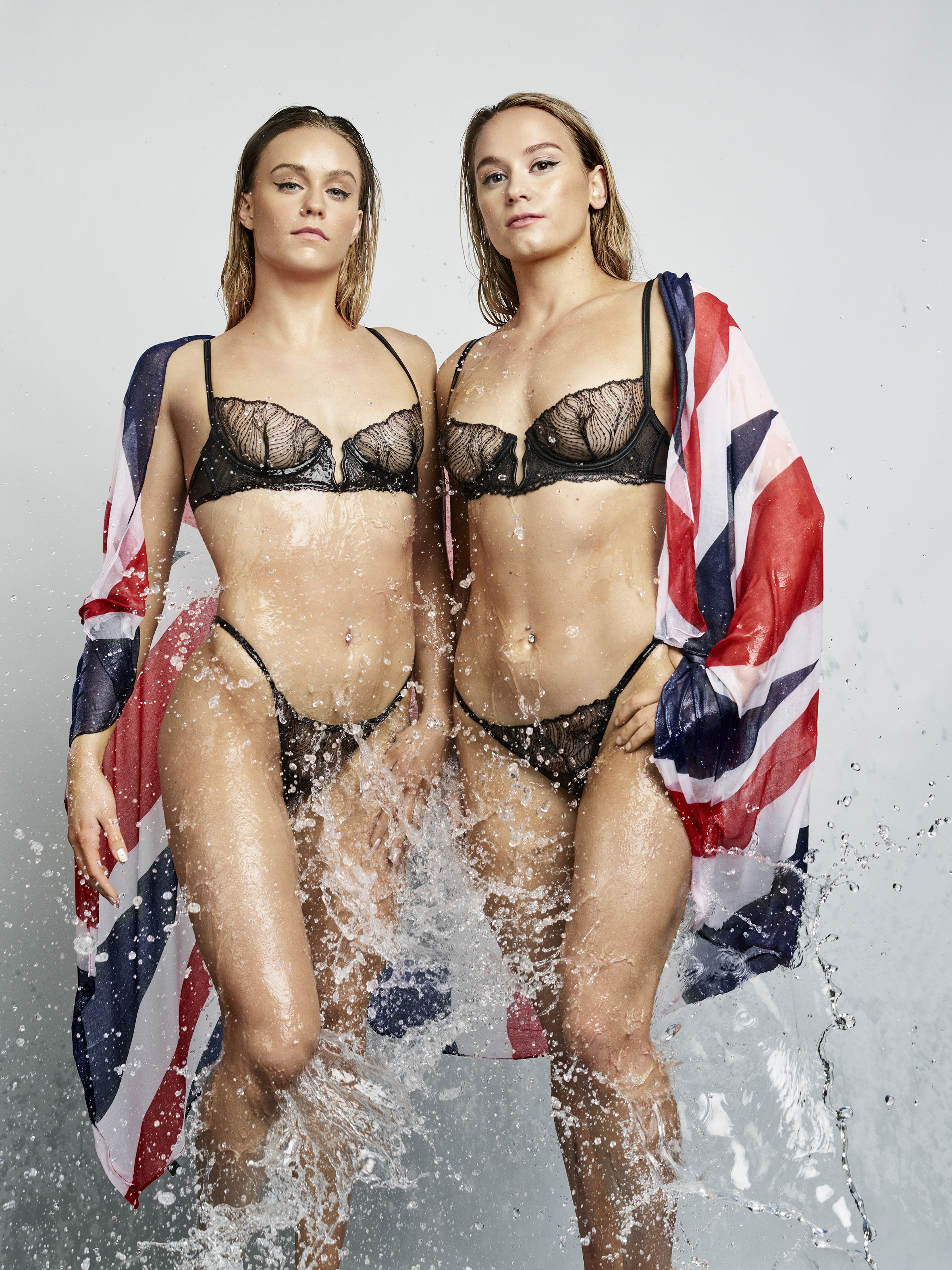 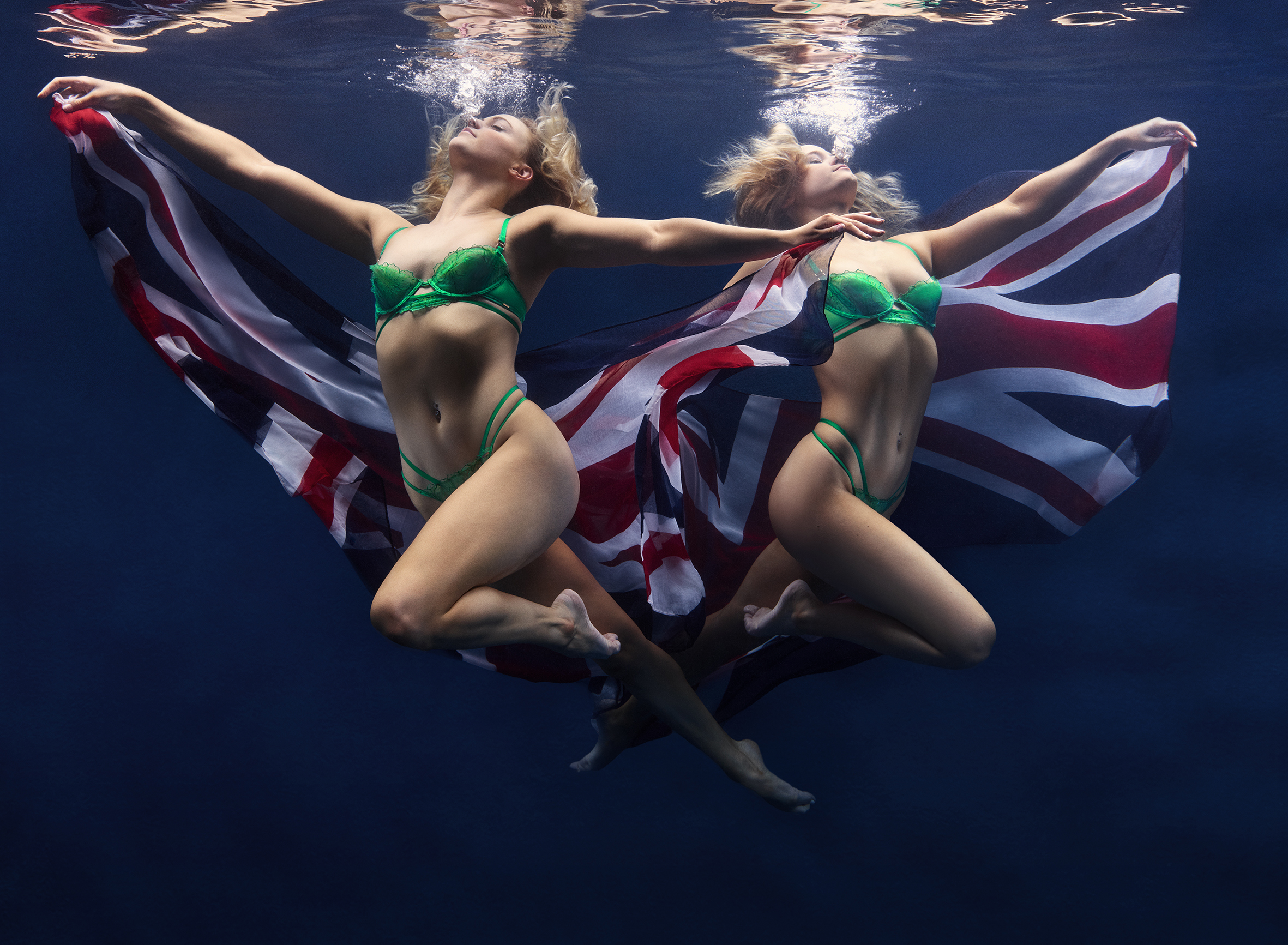 The pair — both students from ­Bristol, whose mums were also a ­synchronised swimming duo — say they have often been labelled “manly” or “too muscular”.

Now, as they prepare to jet to Japan today as Team GB Olympians, they have taken part in an underwater lingerie shoot to encourage teenage girls to be proud of their bodies.

After a decade of taking their physiques to ­athletic perfection, the pair describe themselves as having “big shoulders, small boobs and small bums”.

Izzy, 20, told The Sun over Zoom: “We’re in swimming costumes so you can’t hide anything. It’s forced us to be comfortable with our bodies.

“There are trends in the media of how you need to look. In our day and age it’s more curvy, big bum, big boobs. We’re just trying to get the message across that it’s OK not to fit the norm.”

Kate, 19, added: “A lot of people look at our photos and say, ‘What have you got to be insecure about?’

“Now we feel really strong and confident in our bodies but that hasn’t always been the case.”

Indeed, both say they were body-shamed at school and when they were training at a public pool.

Kate said: “People come up at the pool and say, ‘Can you cover yourself up please?’ We only wear one-piece costumes the same as ­everyone else but because we have athletic ­figures, they naturally sit higher on your hips.

“It’s ridiculous, because boys can be walking around in Speedos and that’s fine, but if girls show any skin they’re accused of parading their bodies.

“You don’t have a big bum, a big chest — when you’re training 40 hours a week you’re ­naturally not going to have that body type. But we do the sport for the love of it.

“We’ve gone through trolling and now we’re proud we can take pictures in slightly more revealing clothes. We’re proud to be where we are today and happy and confident in our bodies.”

Their aquatic shoot for Bluebella ­lingerie came as the pair backed the firm’s #BeStrongBeBeautiful campaign to get more girls into sport. A survey by the charity Women In Sport revealed that half of secondary school girls drop out of sport after the age of 13 due to body issues. And the research showed 64 per cent of girls will have quit sports ­altogether by 16, with confidence over body image cited as a major factor.

“Sport is really good for your mental and physical health. It’s a shame people feel the need to comment on how you look while you’re doing it.”

“I find it a little bit unfair that boys are pushed to be this healthy version of themselves, while for girls it’s more counting calories and ­making sure you look a certain way, with curves in one place and skinny in another.” The articulate pair only have to look to their own mothers — Karen Thorpe and Maria Shortman — for role models.

They competed as a ­synchronised swimming duo — the event is now known as artistic ­swimming — at club level before it became an Olympic ­discipline. Today Karen leads Team GB’s ­artistic swimming team and will be accompanying Izzy and Kate to Japan.

The mum-of-two said: “Maria and I used to swim together at club level and had girls at the same time who got into it. Who’d have thought they’d end up with pretty much the same height, build and style of hair?

“It’s quite unique. That’s what makes them a special product because it’s not an individual sport, it’s them as a pair.”

Many observers have commented on how similar Izzy and Kate look, with some saying they could be twins.

Karen, 48, added: “We’re competing against quite a lot of twins in Tokyo.

“If you’re a twin and have the same body structure it makes life just that little bit easier.”

She also spoke of how the girls’ Olympic dream has been the result of a decade of hard work.

Karen — who competed at world and European championships — said: “It’s a lot of hours — all elite-level sport is.

“We need to perfect every move, which means it might not be high- intensity cardio all the time but they’re in the pool for seven hours every day.

“On top of that they have strength and conditioning, flexibility and ­gymnastics and dance sessions.

Despite Kate and Izzy being medal hopefuls, Karen says artistic ­swim- ming receives little funding from UK Sport, so much comes from “the bank of Mum and Dad”.

She added: “We have been really grateful to have a bit of money for training up to now but it’s not in the same league as mainstream sports.”

Of Kate and Izzy’s battle with the body ­shamers, Karen said: “The problem society faces with girls and their self-esteem and image is huge.”

Once unsure of their toned physiques, Izzy and Kate will perform in the glare of the global ­spotlight ­confident in their body image.

Izzy, brimming with pride at representing her nation, added: “Sport, especially one like ours where you are showing so much, forces you to accept yourself. We’re very comfortable with our bodies now.” 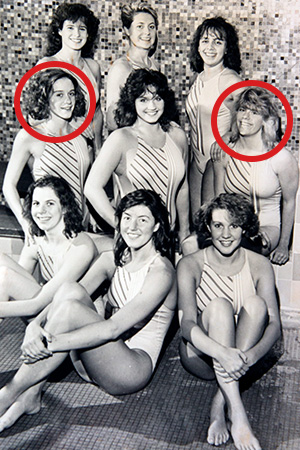