Terry Bradshaw: Rams should split from Jared Goff, trade for this veteran quarterback 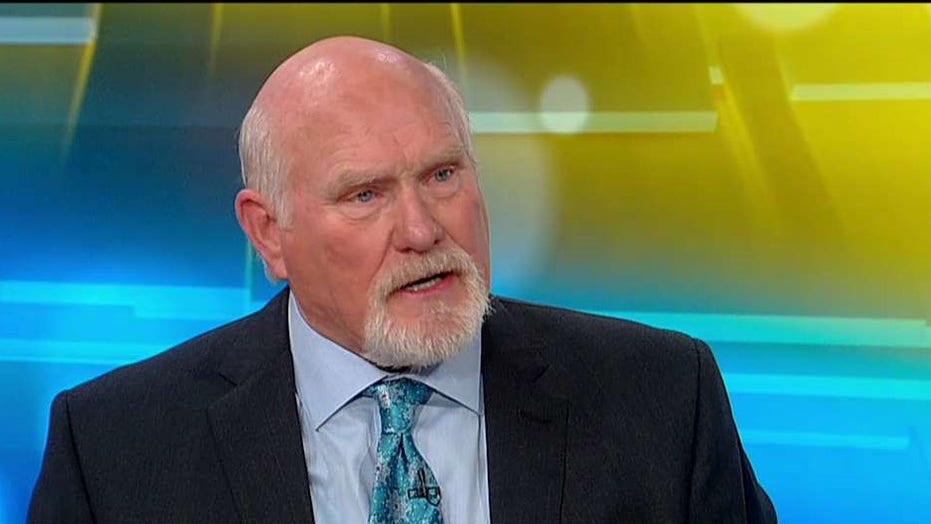 The NFL is making major coronavirus protocol changes, including team facilities shutting down for two days after games; NFL Hall of Fame quarterback Brett Favre weighs in on ‘Fox and Friends Weekend.’

The Los Angeles Rams are locked in with quarterback Jared Goff.

Goff, who signed a four-year deal worth up to $134 million, including $110 million in guaranteed money, led the Rams to a Super Bowl appearance against the New England Patriots in 2018, but he hasn’t quite lived up to the hype of being the No. 1 overall pick in the 2016 NFL Draft.

Terry Bradshaw, a four-time Super Bowl champion with the Pittsburgh Steelers, believes the Rams should move on from Goff and his monster contract, and turn their attention to another veteran quarterback in the NFL to lead the franchise.

“I know you can’t get rid of [Goff]. Way too much money,” Bradshaw said on "Fox NFL Sunday." "But there’s a quarterback out there named Matthew Stafford and if you could, I would make a move. Get rid of the one guy, bring in Stafford."

It’s an interesting take from Bradshaw, especially since Stafford is six years older than Goff.

Both quarterbacks have similar stats in 2020 as well. Through Week 13, Goff has led the Rams to an 8-4 record, while throwing for 3,372 yards and 17 touchdowns. Stafford, on the other hand, has 3,278 passing yards with 21 passing scores.

If the Rams were to cut Goff, they would have $65 million in dead cap money, and if they decided to trade him after June 1, they would still have a $22 million cap hit. The Rams are tied to Goff for the long haul