Gozali, an 18-year-old Israeli, was headline news because of his record-breaking finish at the Bellator 225 event at the Webster Bank Arena in Bridgeport, Connecticut.

The jiu jitsu specialist ignored Eduard Muravitsky’s gesture to touch gloves to instead imanari roll into a single leg takedown. Seconds later, he had a grip on his ankle and positioned himself into a heel hook.

Read more:MMA firm Bellator wants to exploit a market that has been largely neglected by the UFC, and Conor McGregor’s coach John Kavanagh is a crucial part of the plan

Muravitsky tapped out 11 seconds into the fight and a Bellator MMA record had been set.

Gozali had executed the fastest ever submission win in the company’s history, ran around the Bellator cage to celebrate, and then got his arm raised as the 165-pound catchweight winner. 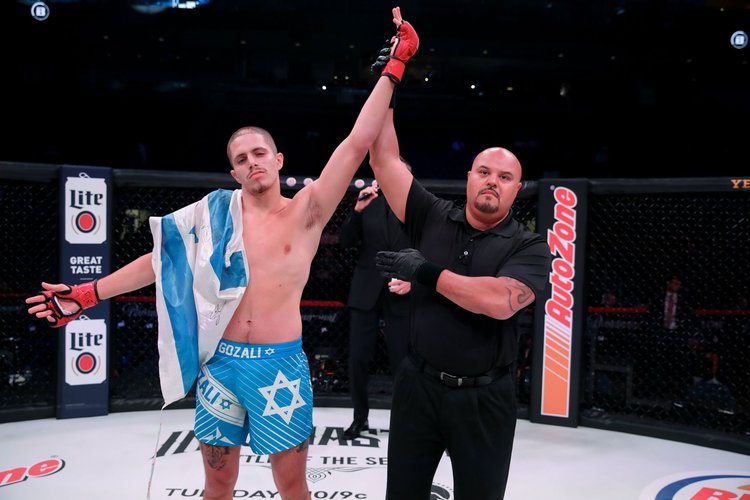 But the submission was something he had been practised to perfection before the event.

After Bellator 225, DAZN’s MMA expert Robin Black said “it was all be design.”

Black showed an exclusive clip on his Twitter account of Gozali “setting this up, training it, rehearshing it” backstage with his father, the 46-year-old fourth degree Brazilian jiu jitsu black belt Haim Gozali.

Gozali not the first fighter this year to break a record 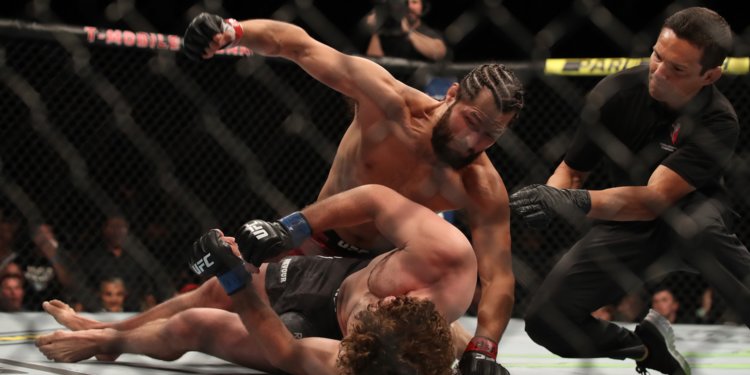 Masvidal, with his back to the Octagon fence, waited for the referee to go through his final instructions. And as soon as the action was called, he took a sidestep then lunged at Askren, who instinctively went for a takedown.

The Floridian seemingly knew this and jumped into his flying knee, connecting with Askren’s face who fell concussed to the floor. Masvidalcelebrated by mocking his unconscious opponent, and said later he never belonged in the UFC to begin with.

Read more:Jorge Masvidal said Ben Askren doesn’t even belong in the UFC after he got obliterated in a couple of seconds

Within one day, it became increasingly apparent that JorgeMasvidal’s five second knockout win was completely rehearsed in the gym.

Masvidal trains at the Florida-based American Top Team gym and one of the gym’s coachesposted a video on Instagram showing Masvidal “drilling” the flying knee 48 hours before he stunned Askren.

Another American Top Team fighter, the interim UFC lightweight champion Dustin Poirier, posted a tweet that appeared to show a screenshot of a text message.

The text message, sent hours before Masvidal had even entered the cage, said Masvidal was planning to hit Askren with a flying knee as soon as the fight started.

Masvidal’s fame catapult as a result and he is now on a collision course with Nate Diaz, as the pair look to fight for the mythical “baddest mother-f—– in the game belt.”

Read more: Jorge Masvidal says he’s in negotiations for a UFC fight with Nate Diaz which would look like ‘two dogs, locked in a cage, going for the jugular’

It is unclear who Gozali will fight next.