Home » Sport » Three minutes, two punches, one moment: Remembering when Tyson Fury got back to his feet

Three minutes, two punches, one moment: Remembering when Tyson Fury got back to his feet

The bell rings for the start of the twelfth round and everybody — everybody — knows the score. Deontay Wilder needs a knockout. Tyson Fury, on the other hand, needs to continue twisting, turning, twitching, feinting and generally doing all the things a 6ft 9in heavyweight should not be able to do. If he can stay out of Wilder’s boomerang reach for three more minutes, he’s won. If he cannot, it’s over.

Both men have the final frenzied instructions of their trainers ringing in their ears. “Do not let him take away the biggest comeback in boxing history,” Fury is warned. “Give me a big finish,” Wilder’s trainer demands. The seconds leave the ring. The round starts. Wilder throws two probing jabs into Fury’s glistening body and waits patiently for his chance. His final chance. And then, just like that, it arrives.

The bare facts are these. At 2:29 in the final round, Wilder takes a step forward and Fury checks him with a powerful overhand right that momentarily rocks him backwards. But Fury, himself now off-balance, is slow to reassemble the air-tight defence that has carried him this far. Exactly five seconds later, Wilder connects, with a right-hand, left-hook combination.

Only to describe those two punches as a right-hand, left-hook combination is as grossly inadequate as labelling Da Vinci’s The Last Supper a painting, or the Trevi Fountain a water feature. Despite his wearied arms and Fury’s constant movement, the shots were exquisitely placed with a ruthless, frightening power. That Fury fell to the canvas with all the force of a felled oak was no surprise. The wonder was that his head was still attached to his neck. 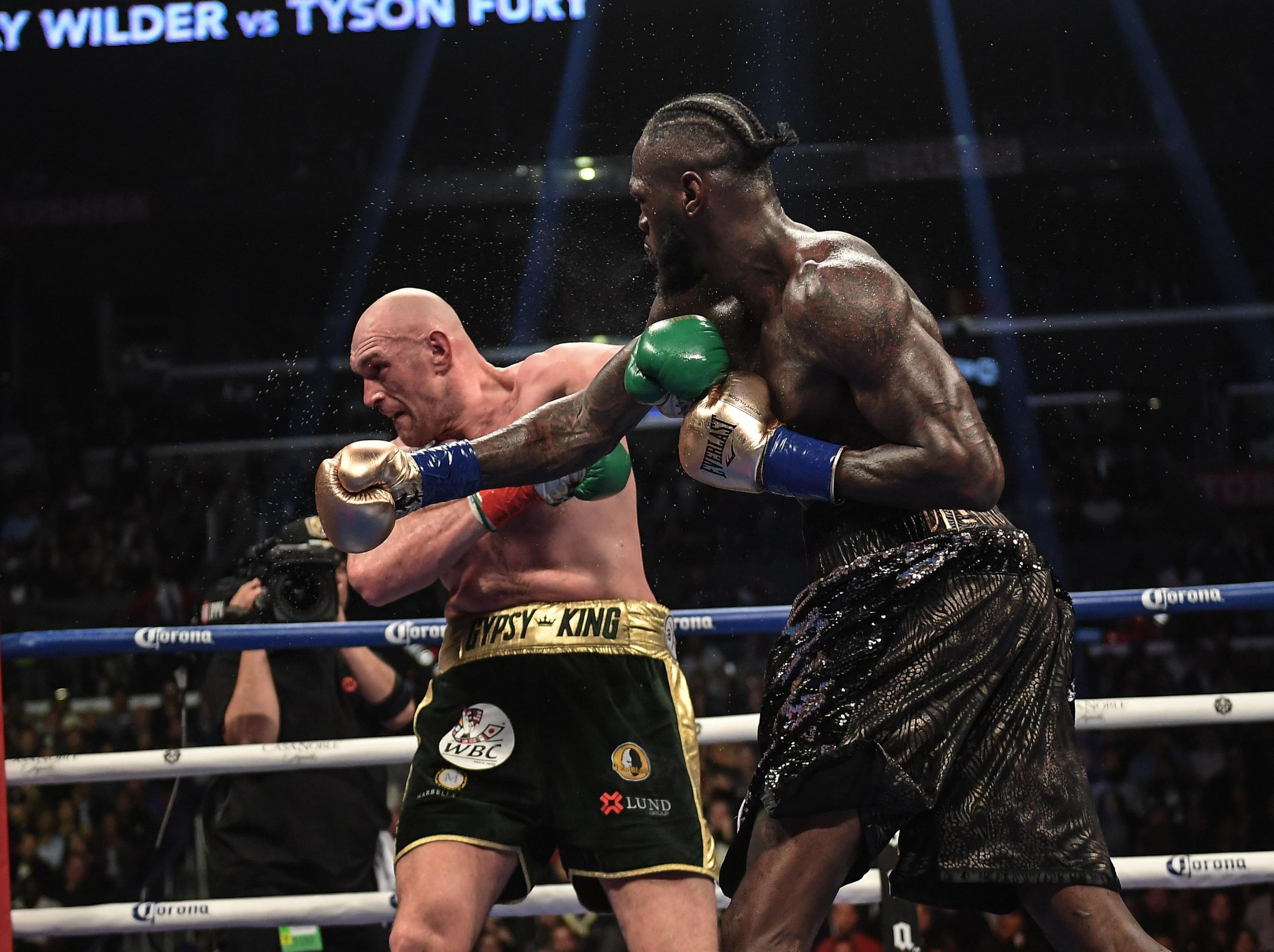 Fury is lying flat on his back. His eyes are closed. But, most ominously of all, the black and gold Nike boots that have worn part of the ring canopy practically threadbare are now perfectly still. His heels are on the canvas and his toes are pointed upwards, towards the glare of the stage lights. And, as the STAPLES Center erupts in a cacophony of hooting and hollering, Fury lies flat on his back, motionless. This is it. Surely this is it?

The referee, Jack Reiss, hurriedly waves Wilder to a neutral corner before dropping to his knees and holding his fingers over Fury’s prone head. “Two. Three. Four…” Fury does not hear him. Neither does Wilder, who is dancing his way around the ring on a victory lap, gyrating his shoulders like a chippendale and blowing kisses to those he recognises in the crowd. Just beyond him, Fury’s wife, Paris, trembles in fear. She will later that night ask her husband to retire from the sport.

From my ringside seat which I am no longer sat in, all I can hear is the same, shrill voice. It raises in volume with each cry. It sounds as though it is directly in my ear but I have no idea who it belongs to. Beside me, an Irish journalist who has covered Fury since the Leisure Centre nights stands with his hands on his head. One row down, a group of American VIPs who may or may not be famous pile on top of one another in celebration. Everybody is on their feet. Everybody’s mouths are open. I cannot hear myself think and it is yet to dawn on me that the on-the-whistle fight report I am supposed to be filing is now very much due. My laptop is held closed in my hand.

You know what happens next. Those who have never watched a prize fight in their life know what happens next. Tyson Fury gets up. On the five count he opens his eyes. On the six count he lifts his head. And on the seven count he somehow scrapes his 18st 4lbs 8oz body from off the royal blue canvas, raising himself on impossibly steady legs. The fight isn’t over. Nobody knows the score.

I’m still on my feet, breaking protocol. In this country at least, reporters in press seats are expected to watch sports events passively. There is no shouting. No cheering. When covering a Champions League match in London, I once saw an English journalist angrily confront an Italian counterpart for daring to celebrate a Juventus goal. That’s not how things are done here, chap. It is practically the first thing you learn on the job.

This all goes out the window as Fury rolls back the stone and raises his fists once again. I have never experienced anything remotely like it, either ringside or at any other event. In the buildup to the fight, I was fortunate enough to spend time with both men. I found the two rivals to be equally interesting, engaging, complex, controversial and — yes — terrifying. I was not supporting either of them. I had no dog in the fight. Yet here I am, willing Fury to the end of the round, sinew and muscle pulled tight. 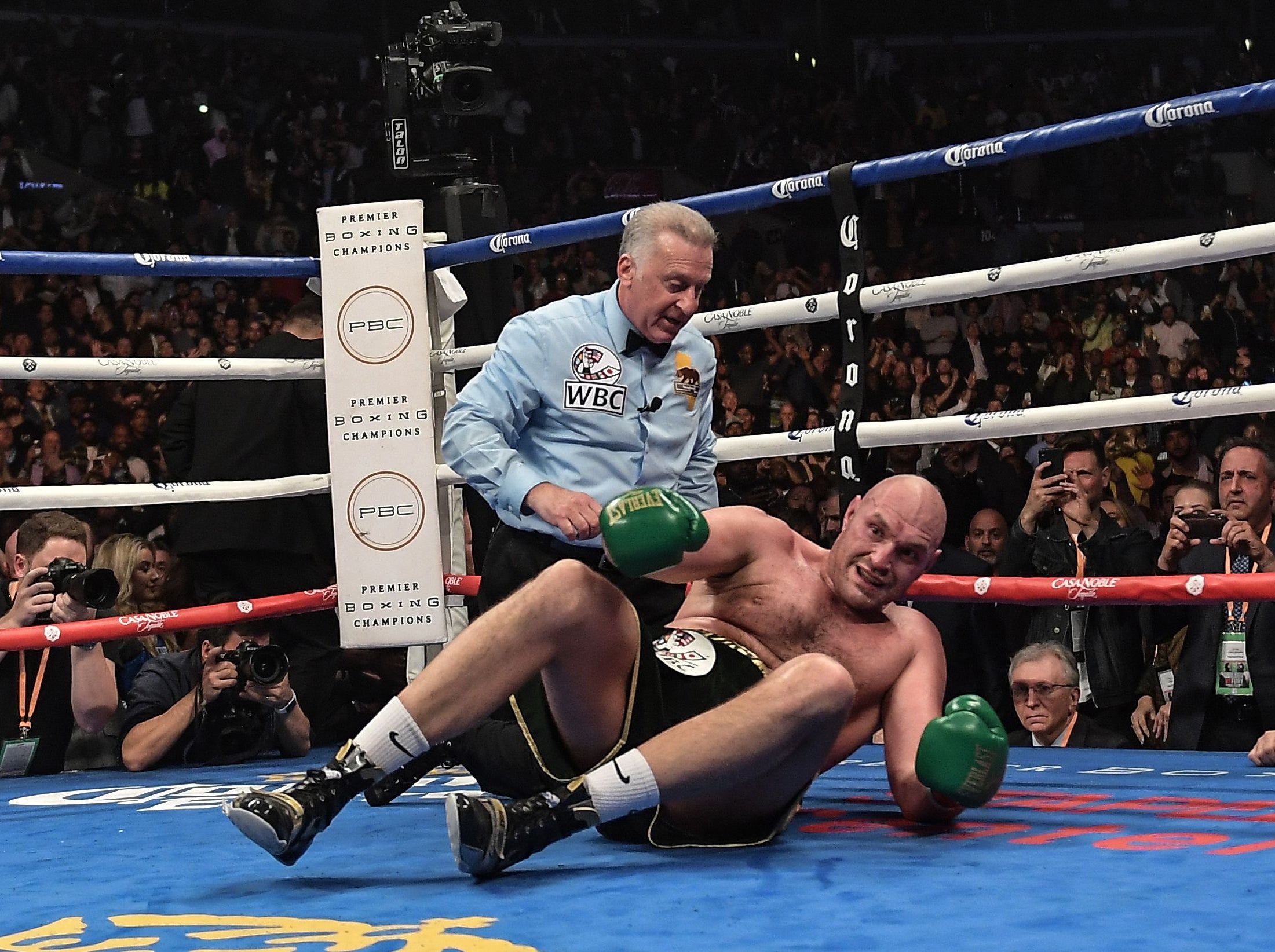 The astonishment of those few seconds was amplified by their simplicity. This was different to other moments of sporting greatness. This was no sleight of hand, moment of loose-limbed freakishness or triumph of sublime co-ordination. This was simply one man falling down and then getting back up again. That we had witnessed such a feat produced a shared delirium.

The fight continues. Fury recovers, teases Wilder and — ludicrously— throws some shots of his own. The bell rings for the end of the twelfth round. The sound comes as something of a surprise as, in the haze of it all, it seems impossible that three full minutes have elapsed. Has time melted away, Salvador Dalí-style, into a puddle on the floor? Wilder raises his hands. Fury raises his hands. And the result is read out. It is not a popular decision but, for the first time ever, that hardly seems to matter. We already know that this is a rare moment of history that will extend beyond the record books.