The reigning Augusta winner laid on a michelin-star platter that included sushi for starters and steak for main. 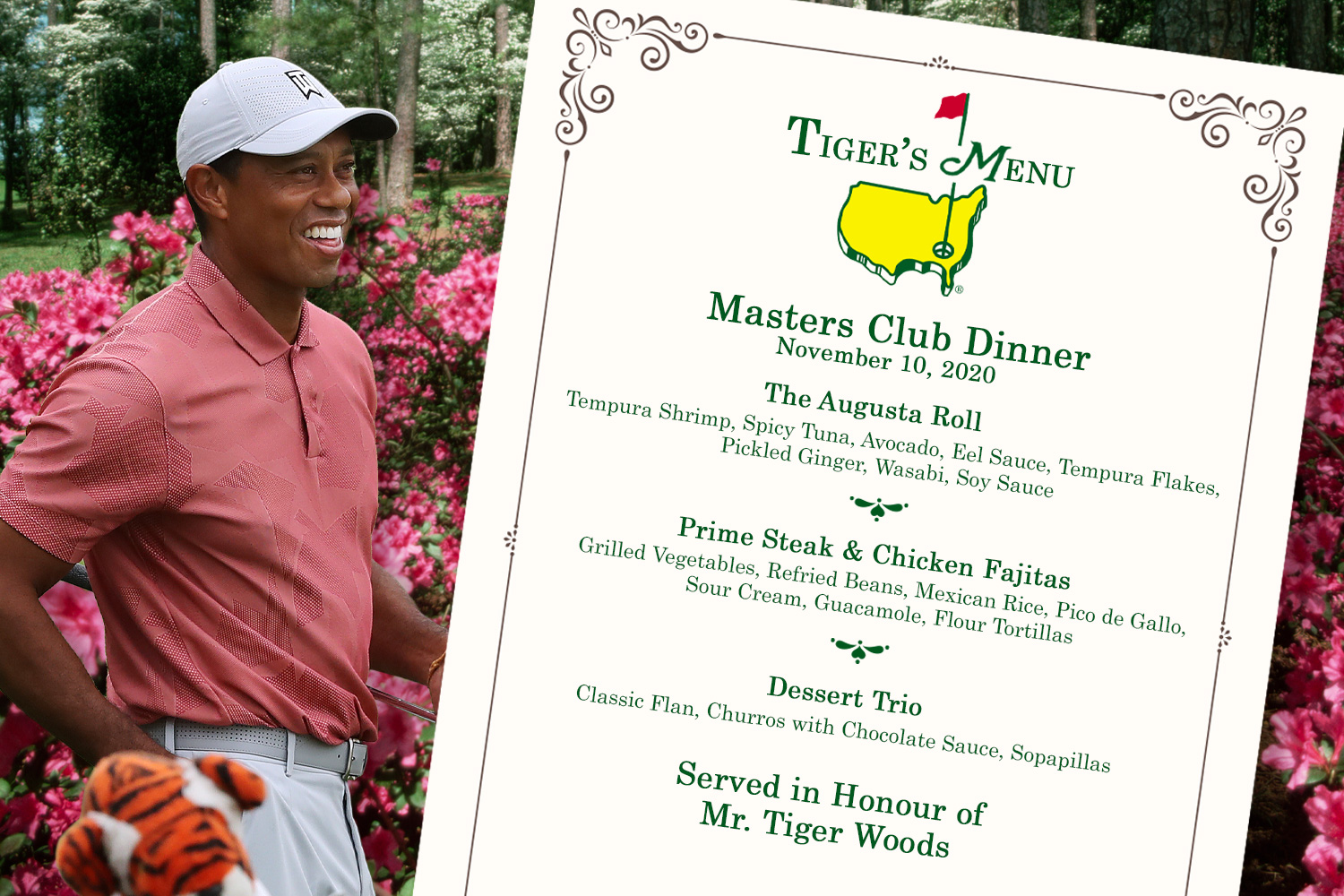 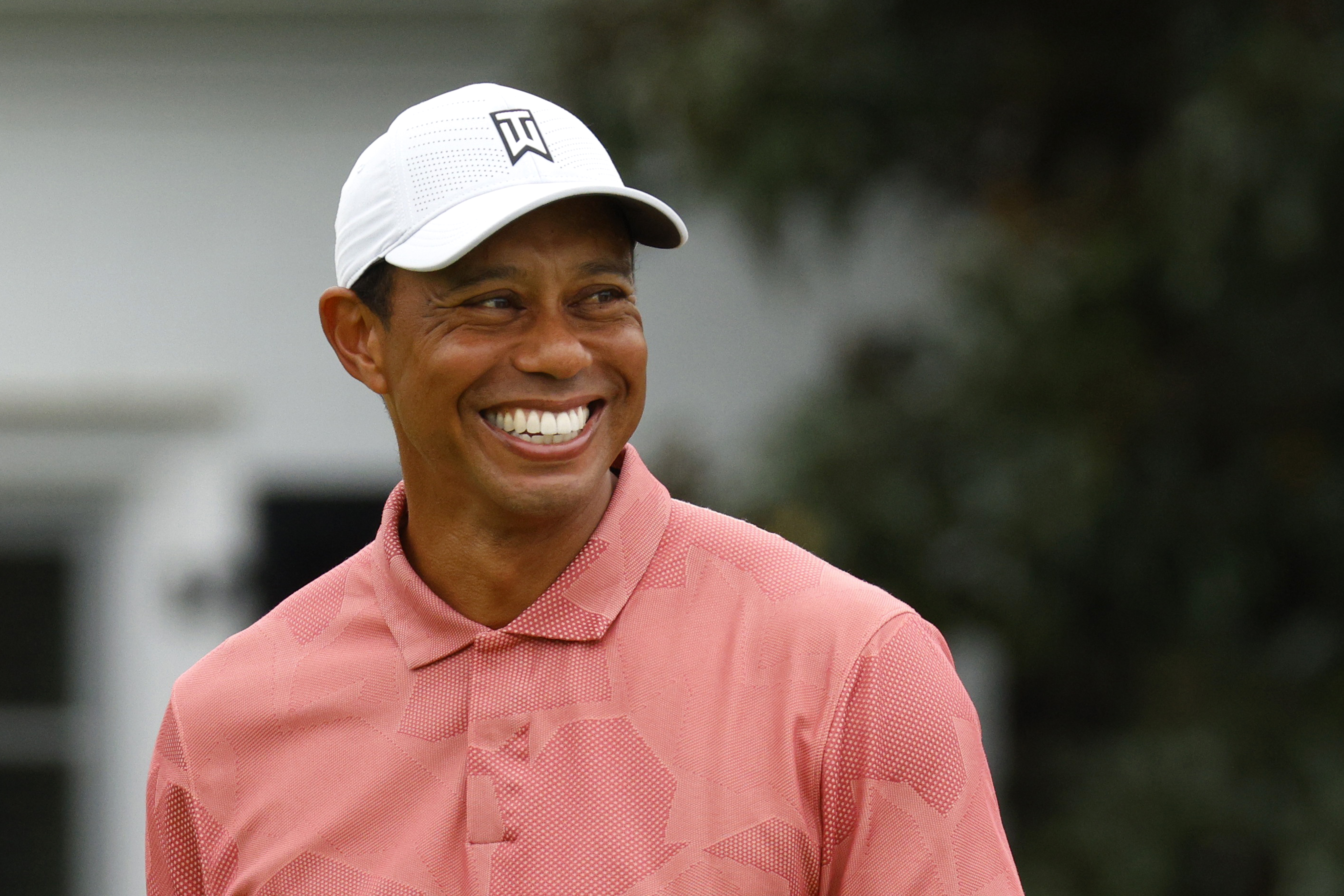 The 44-year-old was born in Cypress, a suburb of Los Angeles, and paid homage to his roots with his menu choices.

The champions dinner is an annual tradition on the Tuesday before the Masters with green jacket winners from years gone by gathering for a special meal.

The menu is always chosen by the man who won the Green Jacket the previous year, and the honour was Tiger's on Tuesday.

And, unlike the par-three contest or the patrons, this tradition survived coronavirus.

For starters they were served an Augusta Roll, which was described on the menu as 'tempura shrimp, spicy tuna, avocado, eel sauce, tempura flakes, pickled ginger, wasabi and soy sauce'. 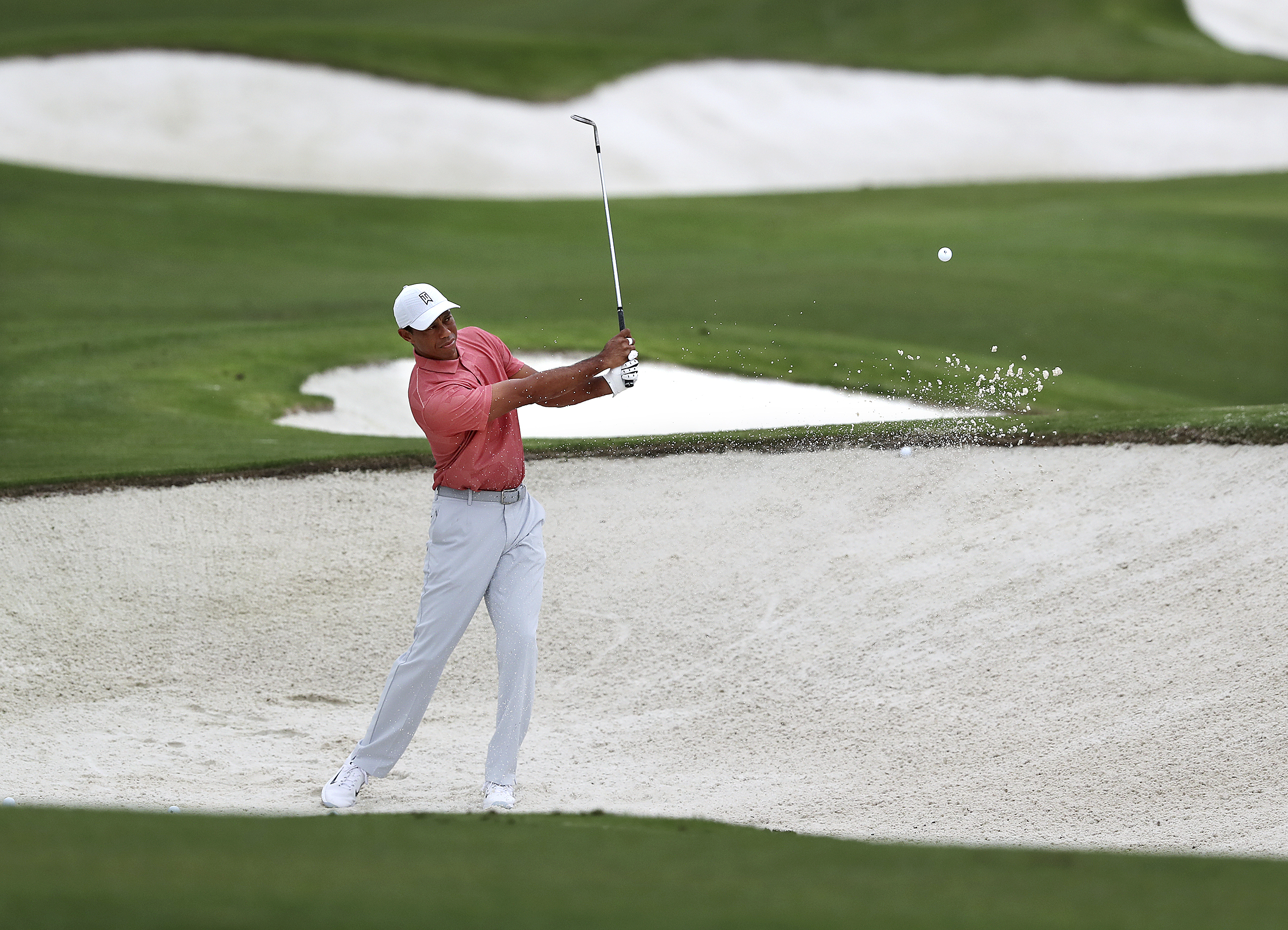 And the main course of Prime Steak and Chicken Fajitas sounded even more tasty.

And to finish, the dessert trio provided just the sweet treat the champions needed.

There were churros with chocolate sauce, Mexican-style favourite sopapillas and a classic flan.

A choice of chardonnay or sauvignon from Napa Valley were served along with the feast.

Woods will be hoping to dish out another Augusta lesson when the tournament gets underway on tomorrow.

Pick a team of five golfers and a reserve for the US Masters.

The reigning champion will start from the 10th tee alongside Shane Lowry and Andy Ogletree at 12.55pm UK time.