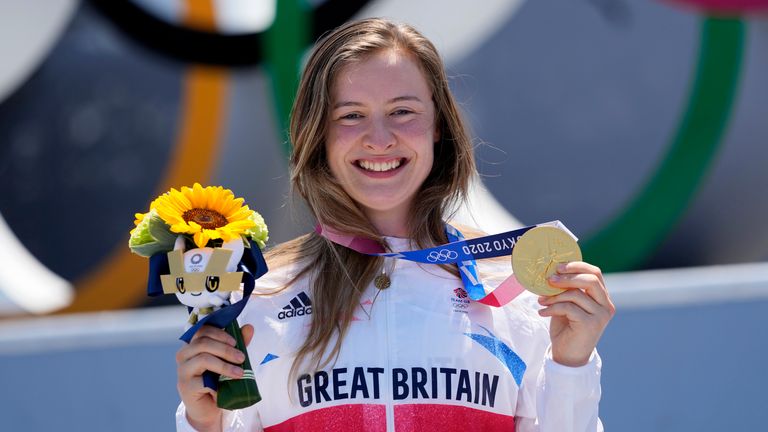 And in the men’s competition Declan Brooks took bronze as Team GB followed up Bethany Shriever and Kye Whyte’s gold and silver in BMX Racing on Friday in style.

Worthington – who gave up her job as a chef in 2017 to focus on her BMX career – shocked US rider Hannah Roberts, a three-time world champion at age 19, to take victory.

Roberts set the bar in her opening run, landing a backflip with a tailspin for a 96.1, in an event where only the rider’s top score on a single run is considered.

Worthington crashed on her first run but pulled out all the stops in her second. The 25-year-old added a front flip to her 360 backflip and closed with another backflip for a 97.5.

Roberts, the top seed, had a chance to top the Brit, but she landed hard off an early jump and waved off the rest of her second run, meaning she took the silver medal.

Nikita Ducarroz of Switzerland took bronze with an 89.2 in her second run but the glory belonged to Worthington.

Worthington only started competing in 2016 and secured her first World Cup podium within two years, the European champion honing her skills at Corby’s ‘Adrenaline Alley’. 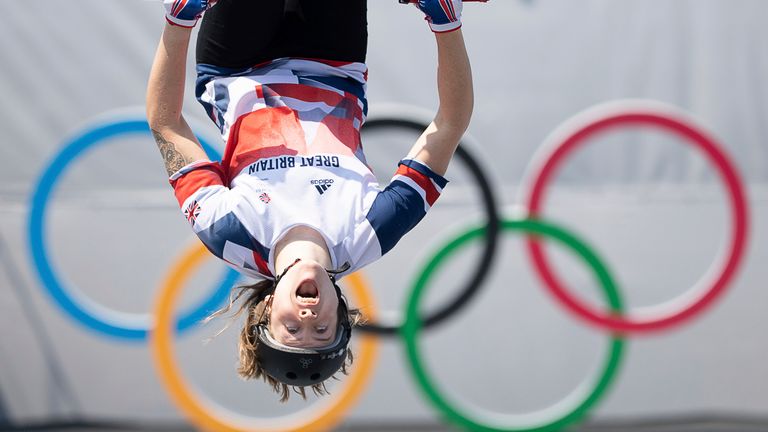 “I didn’t put any pressure on myself. You go in and out of it, you’re thinking there is some pressure and maybe it’s not going to happen this time.

“But you’ve just got to let that go really quick and refocus. I tried not to have any pressure and I tried to focus on enjoying myself and taking it one trick at a time.

“It was incredible. I’ve not been doing that trick [the 360 backflip] for that long, we’ve been trying to find that big banger trick and when we found it we thought, ‘this is the one’.

“We put a lot of faith in that. To be honest, I wouldn’t have had any of those tricks if it wasn’t for Hannah [Roberts, silver medallist]. She’s made me push so hard since day one, this is the first time I’ve beaten her.

“If it wasn’t for Hannah Roberts, we wouldn’t be this far anyway. This is a lot of hard work paying off. But the hard work has mainly been on myself.

“Everyone at home, I couldn’t have done this without you.”

Declan Brooks produced a brilliant performance to win BMX Freestyle Park bronze just two months after being left unconscious by a horror crash that put his Olympic dreams in doubt.

Brooks thought his ambitions were over after he was ‘scraped off the floor’ and taken to hospital but the 25-year-old is made of tough stuff.

And less than an hour after team-mate Worthington had won the women’s title, Brooks added a fourth medal to Britain’s BMX haul.

He had a long wait after his 90.80 second run to learn his medal fate – watching six rivals take on his score. 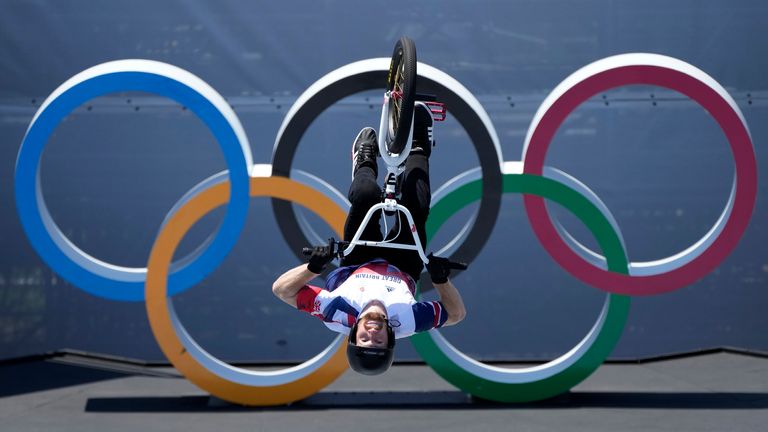 Australia’s Logan Martin took gold while Venezuela’s Daniel Dhers edged out Brooks for silver in the first Games in which BMX Freestyle Park has been held.

Big home hope Rim Nakamura was the last to try and shift Brooks from the podium but he settled for fifth, with all four of Team GB’s BMX athletes winning medals on Olympic debut in Tokyo.

Brooks, 25, from Portsmouth, said: “I’ve just cried for the past couple of minutes. It’s an unbelievable journey I’ve had on the way here, I’m just so stoked to win a medal.

“I don’t think it’s going to sink in today. For Charlotte [Worthington] to do her thing today, a score out there and tricks we’ve never seen before, it was harder for me to focus in.

“I knew the run I wanted to pull, I still missed a few bits out today. I’d have liked to have done more but third place for me was mental.

“Anything is possible. It’s such a high-pressure situation that, these are world-class athletes. I was crossing my fingers, I can’t believe it.

“I just hope it [BMX] gets the coverage it deserves. I’m sure everyone at home is watching as well, to my family – thank you so much for supporting me over the years, it’s been an absolute journey.”