Dutch rider Laurine van Riessen was carried off on a stretcher after a high-speed crash at the Tokyo Olympics’ Izu Velodrome involving Britain’s Katy Marchant.

The incident occurred in the women’s keirin quarter-finals. The eventual winner of the race, Hong Kong’s Lee Was Sze, pulled wide on a bend forcing Van Riessen to react on her outside, and she lost control of her front wheel and slid across into the path of Marchant, who had no time to avoid a collision as they both went to ground.

Marchant managed to get up and finished the race, although she was a long way behind and did not qualify for the semi-finals.

“It’s not my day is it,” said Marchant. “I’m not sure what happened. We were all fighting a bit on the inside and I’m not sure if someone hit into Laurine or what but she came down in front of me and I had nowhere to go. That’s bike racing.”

Marchant said she would return for tomorrow’s sprint. “I think i feel all right, a bit battered and bruised but I’m all right.” 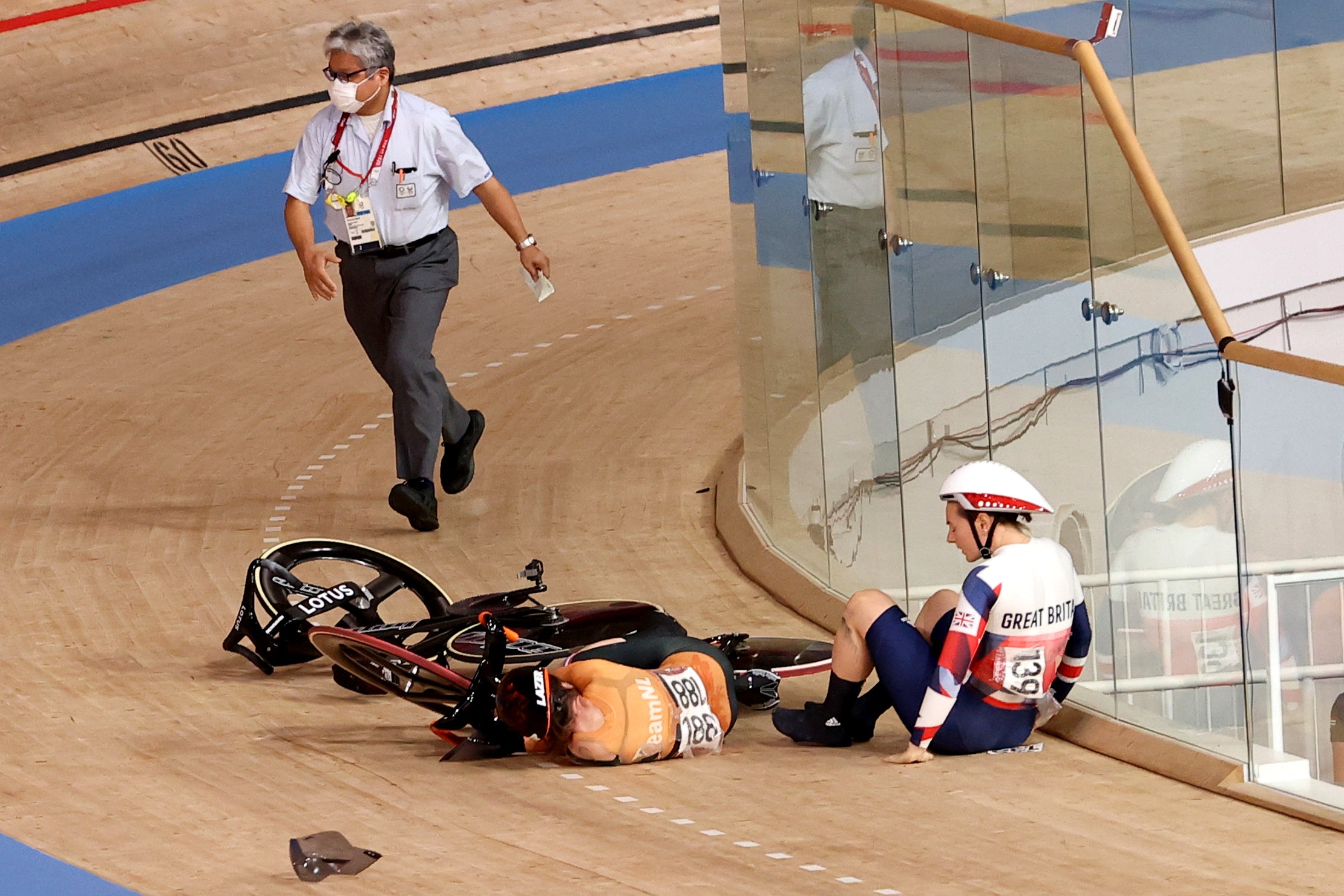 Van Riessen stayed down, however, and received treatment on the track before she was carried away for further assessment. The Dutch Olympic team have yet to release on a statement on her condition.

The 33-year-old is a talented speed skater as well as a cyclist and won a bronze medal at the 2010 Winter Olympics in Vancouver.