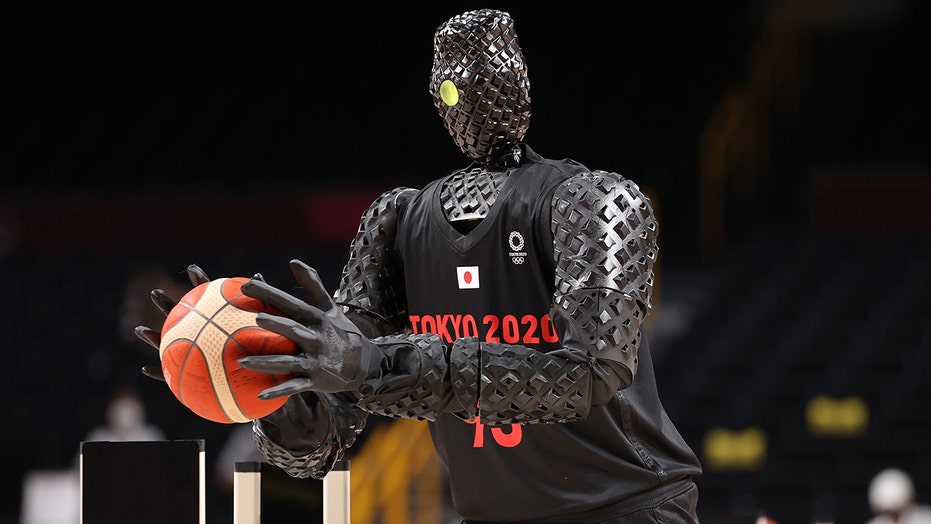 The Tokyo Olympics men’s basketball matchup between the U.S. and France was briefly overshadowed by a robot at halftime.

The robot was spotted at the foul line taking almost as long as NBA champion Giannis Antetokounmpo to shoot, but the machine made the basket. The robot was then placed at the top of the three-point arch and shot the ball with as much precision as Golden State Warriors star Stephen Curry.

For the finale, the robot moved back to half court and nailed that shot as well.

Both the U.S. and France probably could have used the efficiency on their teams. France shot 47% from the field and the U.S. shot 36% during the entire game.

Team USA hadn’t lost an Olympic game since 2004 against Argentina. The Americans finished with three losses in the Athens Games and finished with a bronze medal.