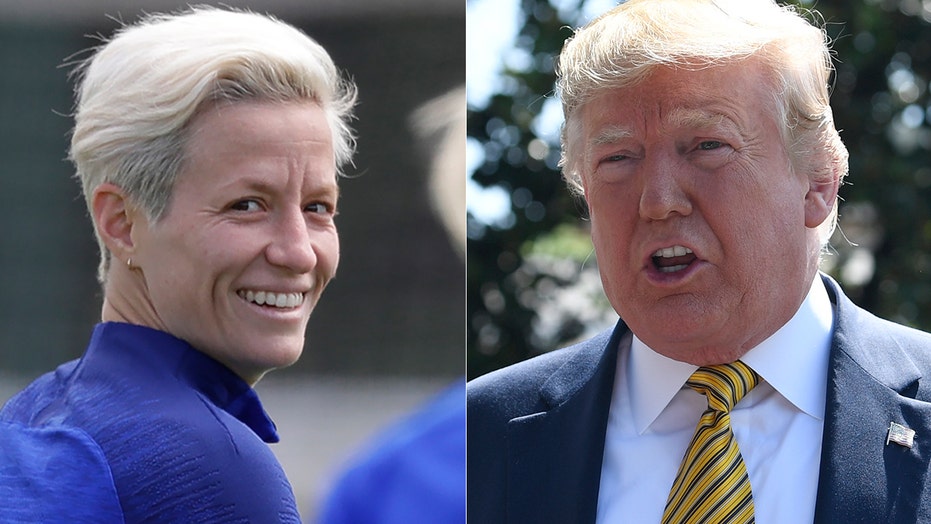 President Trump on Monday said he does not think it is appropriate for U.S. women’s soccer star Megan Rapinoe to protest during the national anthem.

Rapinoe, who had initially knelt during the playing of “The Star-Spangled Banner” while she played in the National Women’s Soccer League, had vowed not to put her hand over her heart or sing the lyrics while the national anthem played. She has so far held true through the Women’s World Cup. 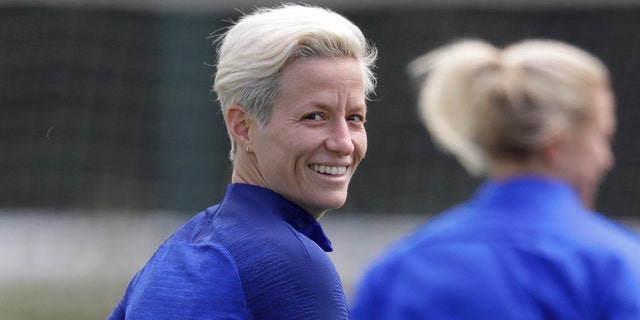 Trump made his comments on Rapinoe during an interview with The Hill. When he was asked about whether the co-captain’s decision to kneel is appropriate, Trump responded: “No. I don’t think so.”

The president, however, did offer praise for the soccer team after their win over Spain Monday in the first round of the knockout stage of the Women’s World Cup.

Rapinoe told Yahoo Sports in May that her decision to kneel received a ton of backlash, expressing displeasure with U.S. Soccer’s lack of support and the federation’s decision to adopt a rule requiring players to “stand and honor the flag.”

“Using this blanketed patriotism as a defense against what the protest actually is was pretty cowardly. I think the NFL does it,” she told Yahoo Sports. “I felt like the statement from U.S. Soccer, and then the rule they made without ever talking to me, that was the same as what the NFL was doing – just to not have the conversation, to try to just stop me from doing what I'm doing instead of at least having a conversation, and trying to figure out a [solution] that makes sense for everyone.” 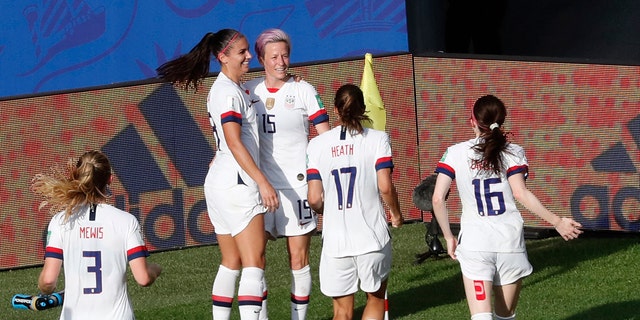 Rapinoe called herself a “walking protest” and she believes the Trump administration doesn’t “value all Americans equally.”

“I feel like it's kind of defiance in and of itself to just be who I am and wear the jersey, and represent it,” Rapinoe told the website. “Because I'm as talented as I am, I get to be here, you don't get to tell me if I can be here or not. So it's kind of a good ‘F you' to any sort of inequality or bad sentiments that the administration might have towards people who don't look exactly like him. Which, God help us if we all looked like him. Scary. Really scary. Ahh, disturbing.”

Rapinoe knelt during the national anthem before her match against the Chicago Red Stars in 2016. She called her actions a “little nod” to Kaepernick and “everything that he’s standing for right now.”