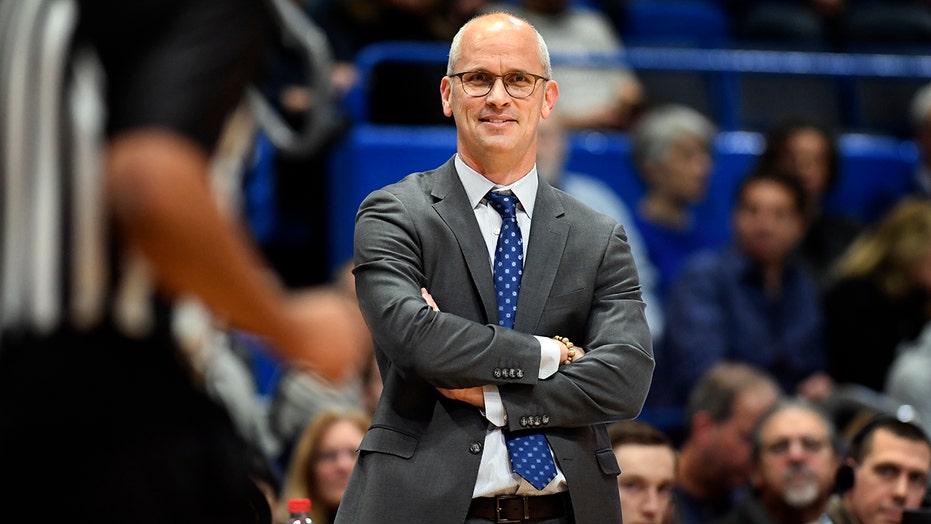 UConn, a charter member of the Big East Conference, is hoping its return to the league this season will help restore the program to a perennial national title contender.

Connecticut spent the last seven years in the American Athletic Conference, where its fortunes slipped since winning a fourth NCAA championship in 2014. The Huskies are just 110-90 over the last six seasons.

Former coach Jim Calhoun, who led UConn to its first three national crowns, notes the fourth title came the season after the Big East split in two. That sent the Huskies off to face unfamiliar foes in faraway locations, rather than regional rivals they played for nearly 35 years after the conference was founded in 1979.

“It was our home,” he said. “We found a perfect home for ourselves in the Big East. We had natural rivals. We had coaches that everyone could hate and love, all the things that fans do in rivalries. It was very, very special.”

UConn had three straight losing seasons before going 19-12 last year, ending the pandemic-shortened season on a five-game winning streak. Coach Dan Hurley, who played in the Big East at Seton Hall, said re-entering the conference has helped add to an already optimistic outlook.

“There has been a real infusion of energy," he said. “The difference from where we’ve been the last couple years is that these games are high-profile. Everyone is watching Big East basketball. This is national-stage games. This is absolutely no nights off, home or away.”

Hurley, who brought in a highly touted class before the move was announced last year with James Bouknight, Jalen Gaffney, Akok Akok and R.J. Cole, acknowledged the Big East is an easier sell to big-name recruits, especially in the Northeast.

Calhoun used it to his advantage when building the program after arriving in the mid-1980s, enticing recruits by offering them the chance to play against the Big East's best on some of basketball's brightest stages.

“It’s definitely huge for me, because growing up wanting to play high-major college basketball, you just want to play against the best teams in the country," Bouknight said. "Not taking anything away from the AAC, but every night playing against the Villanovas of the world, the St. John’s of the world, it’s just like a dream come true.”

The fanbase also has been energized. The school sold an additional 800 season-ticket packages for this season, before the pandemic forced refunds, with attendance being initially limited to players' families. But UConn has already told ticketholders that if they want to retain their seats next year, they will have to make an additional donation to the school.

Calhoun led the Huskies to 10 Big East regular-season titles and seven conference tournament crowns. He thinks UConn's return to the league will benefit the conference as much as it helps the Huskies, whose fans regularly packed Madison Square Garden to watch Ray Allen and Kemba Walker hit some of the most memorable shots in conference history.

“It helps the league to have a four-time national championship winner and it helps us to have the Villanovas and the Madison Square Garden and all the other natural rivals,” he said.

That seems to be the consensus around the conference as well. Villanova coach Jay Wright said he thinks UConn is a good fit.

“Don’t mean any disrespect to their football program,” Wright added. "UConn’s basketball brand is well known. The fact they were original members adds to the greatest value of the Big East, which is authenticity. Every school in the Big East has been to the Final Four and you add UConn to that, it adds value to the Big East.”

That doesn't mean everyone is thrilled with the idea. There has been criticism that the Huskies will have financial resources as a public institution that others may not have and will have the name recognition to take some potential recruits away from the smaller schools.

“It sucks for us, to be honest with you,” Seton Hall coach Kevin Willard said, half-joking, during the conference's media day. “I didn’t vote for it, I voted against it. I’m still really not that happy about it.”

The Huskies are scheduled to jump into Big East play before Christmas, with their first conference game coming at home against against longtime rival St. John's on Dec. 11.