UFC flyweight Maycee Barber tore her ACL halfway through a bloody battle with Roxanne Modafferi but fought on to finish the fight.

Barber was left screaming in agony after tearing her ACL before the third round. 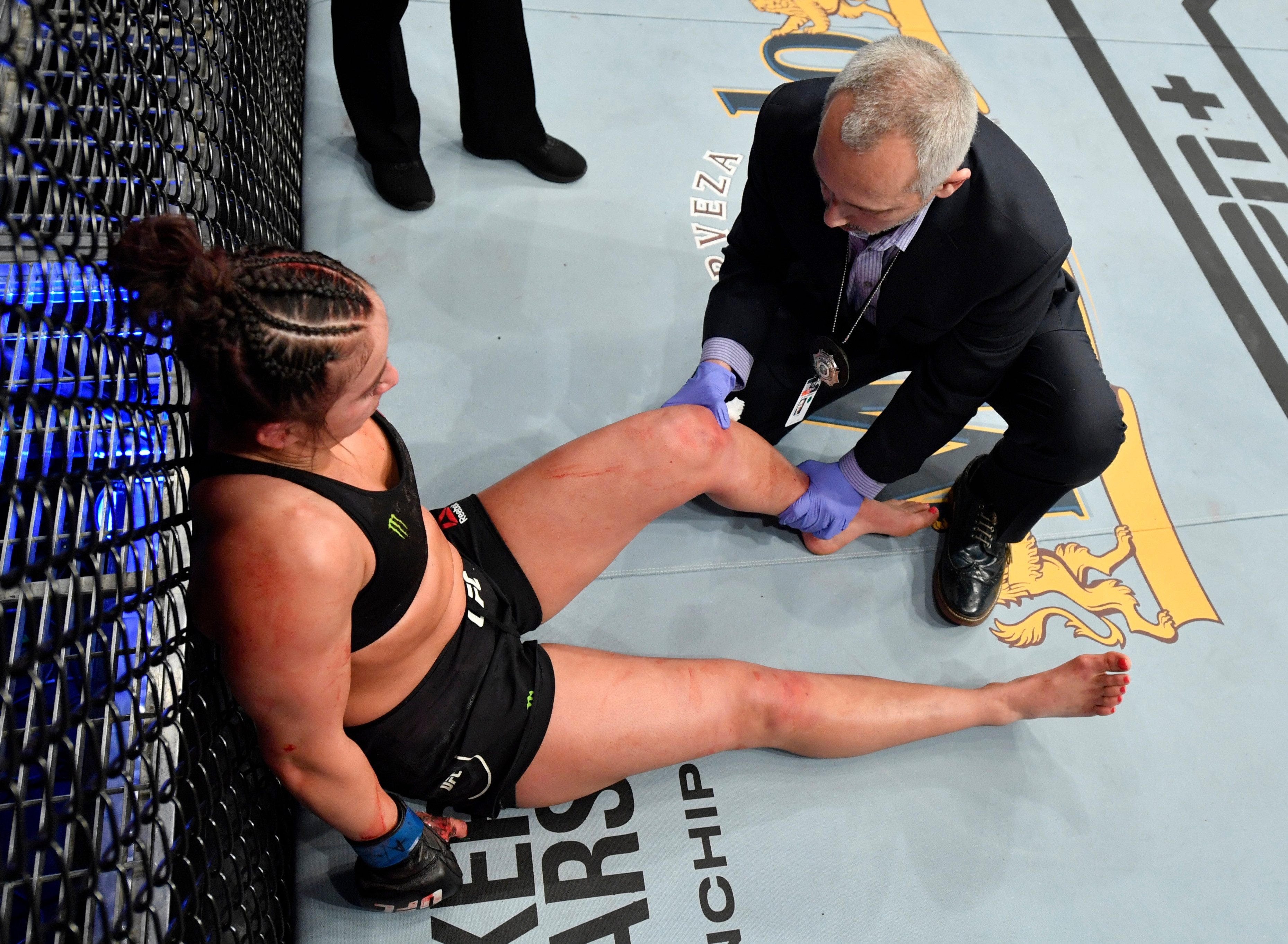 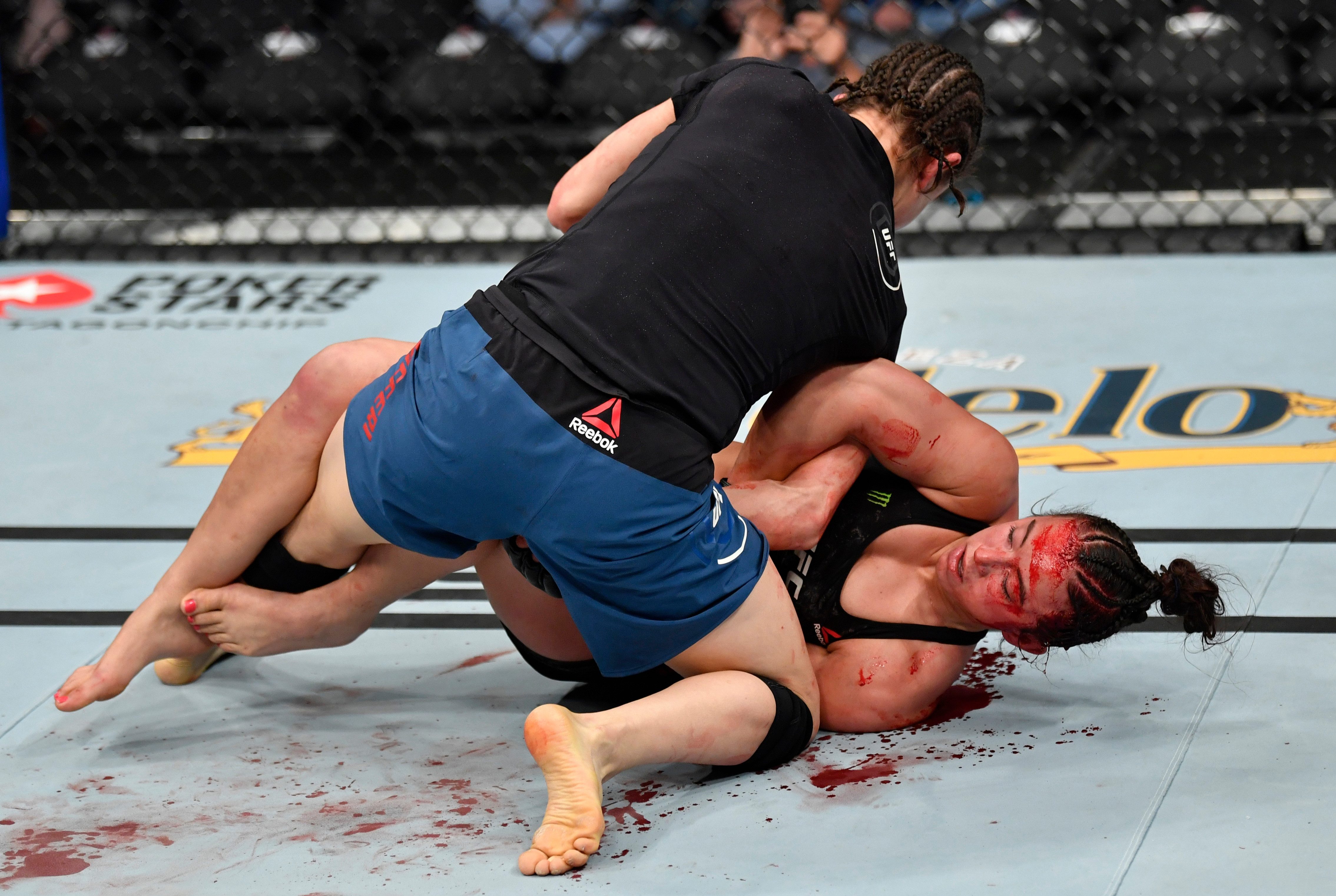 The cageside doctor took a look at the injury but allowed the fight to carry on.

Despite the brave battle Barber was dominated prior to the injury and after before being stunned on the cards by Modafferi.

Barber said: “It's an honor to share the octagon with Roxanne she has been doing MMA since I was just five years old.”

Modaferri said : “I wish Maycee a speedy recovery as her leg looks damaged. I wanted ro prove I am not just a veteran gatekeeper.

“I have been training very hard and I hope to get better and better. She cried out about her knee but in this arena you have to be ruthless.”

Barber was dropped heavily in round two and Modafferi leaped on top of her and reigned down a savage beating.

Round three was just as dominant as Barber, bloodied and hobbling, fought to the finish.

Fans could not believe the brave the 21-year-old remained on her feet to hear the final bell.

One said: "Respect to @MayceeBarber for going the distance despite that nasty leg injury and that cut on her head."

Another said: "Tough as heck @MayceeBarber your still gonna be the future of the ufc heart of a lion."

One added: "Shoutout @MayceeBarber fighting on with 1 leg through rd3 possible ACL tare.. almost got a sub too! "the future" is bright." 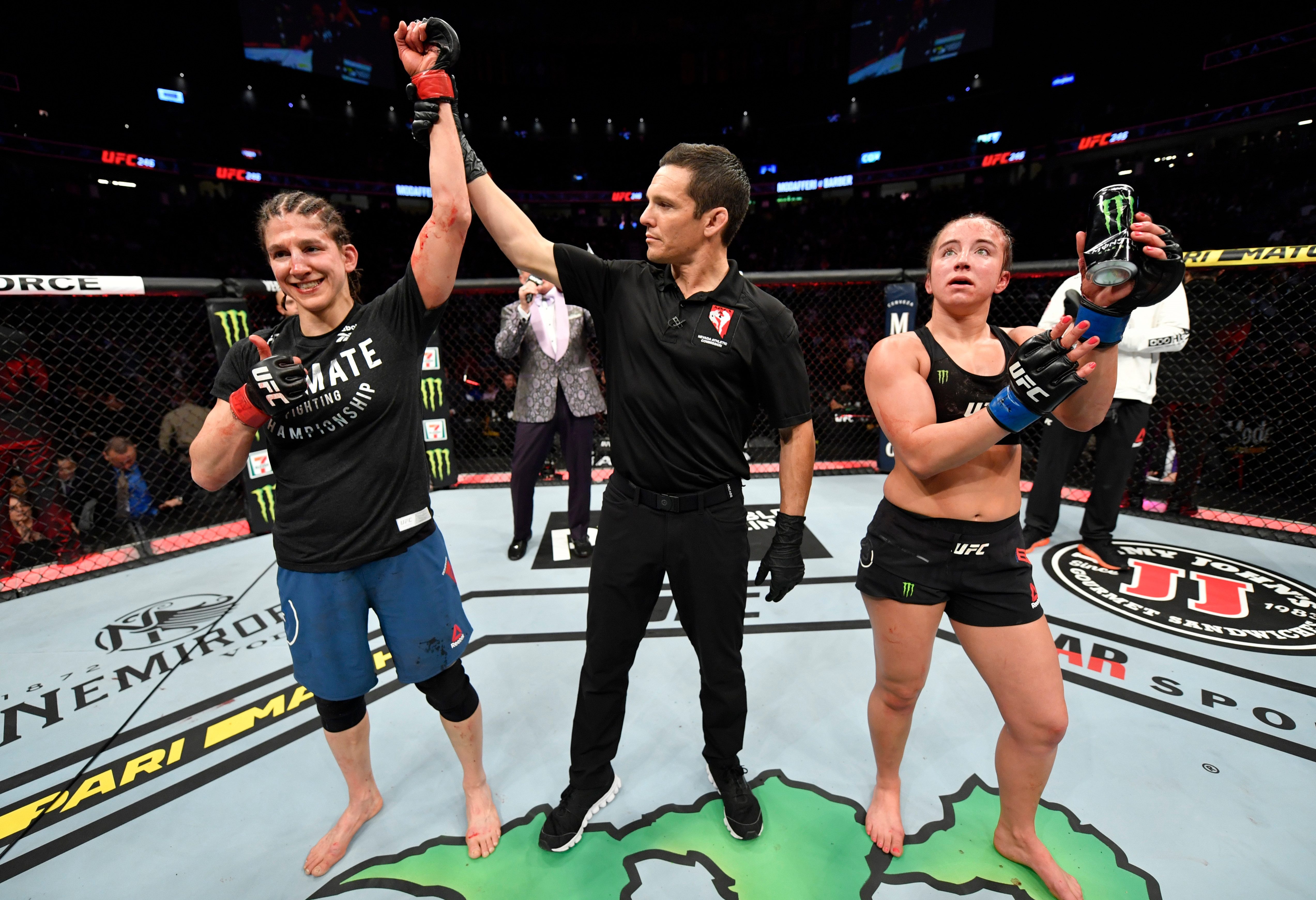 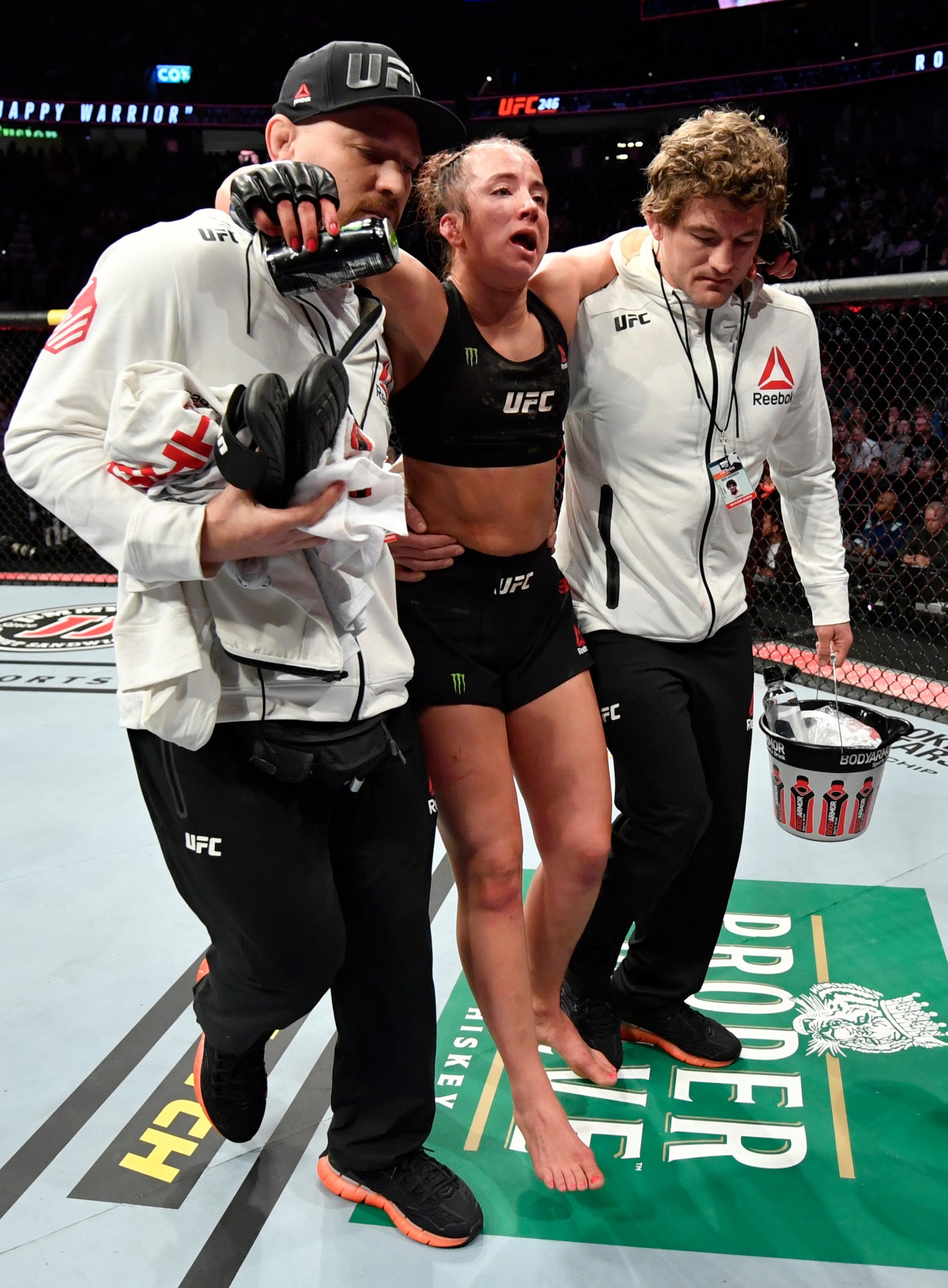