The U.S. Women’s National Team is set to take on England in the semifinals of the 2019 FIFA Women’s World Cup and tensions could not be higher.

Amid those rising tensions, fans were shocked by the USWNT’s starting lineup announcement about an hour before the game, which showed that star Megan Rapinoe, who scored the team’s only four goals in the knockout stage thus far, would not be starting. Christen Press will be in her place.

US Soccer did not immediately respond to ABC News’ request for comment. There is no indication of an injury, FOX reported on-air, and a spokesman said this is “not a disciplinary decision,” Yahoo Sports writer Dan Wetzel tweeted. Officials have said coach Jill Ellis can answer questions after the match.

As the defending champions, the United States has been dominating the World Cup, beating Thailand 13-0 in the opener and winning its knockout games against Spain and host country France 2-1 each.

Throughout this competition, the Americans have been dogged by criticisms of being too proud, celebrating too much and veering into arrogance. And with the match coming up, the Brits joined in on those calls. 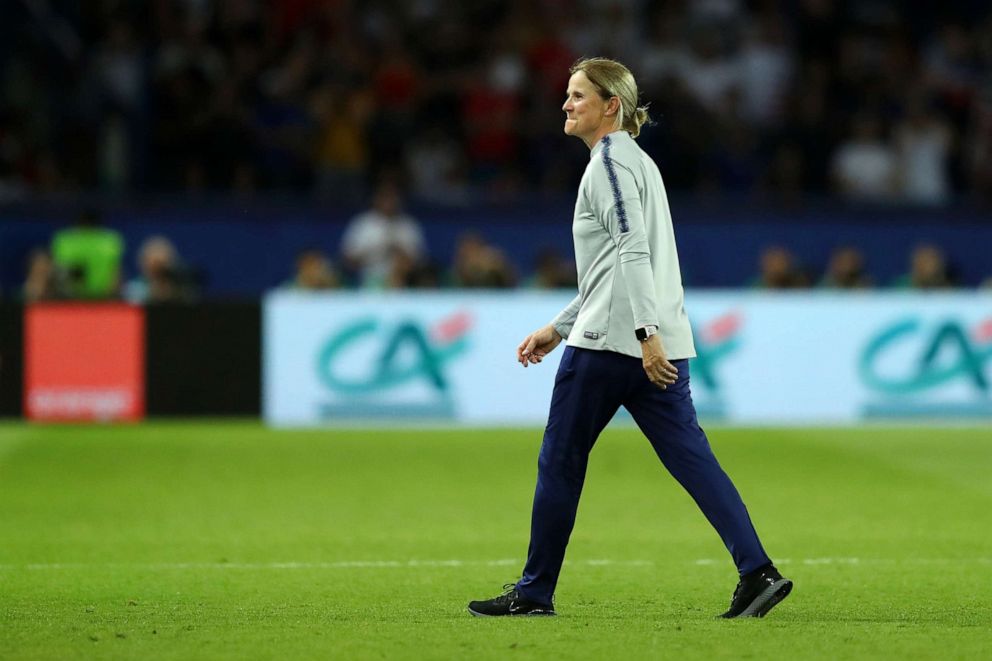 On Sunday, two U.S. staffers visited the hotel the English team is staying at, The Associated Press reported, and England coach Phil Neville took issue with it.

U.S. coach Ellis — who was actually born in the U.K. — shot back that the staffers were merely doing their job: Whoever wins this match will be staying at that hotel before the final on July 7, and, Ellis said, the staff wanted to be prepared for those accommodations.

Neville, though, was offended.

“I just thought, ‘What are they doing?'” Neville said, according to the AP. “It’s not etiquette, really. It’s not something I would allow from our organization.” 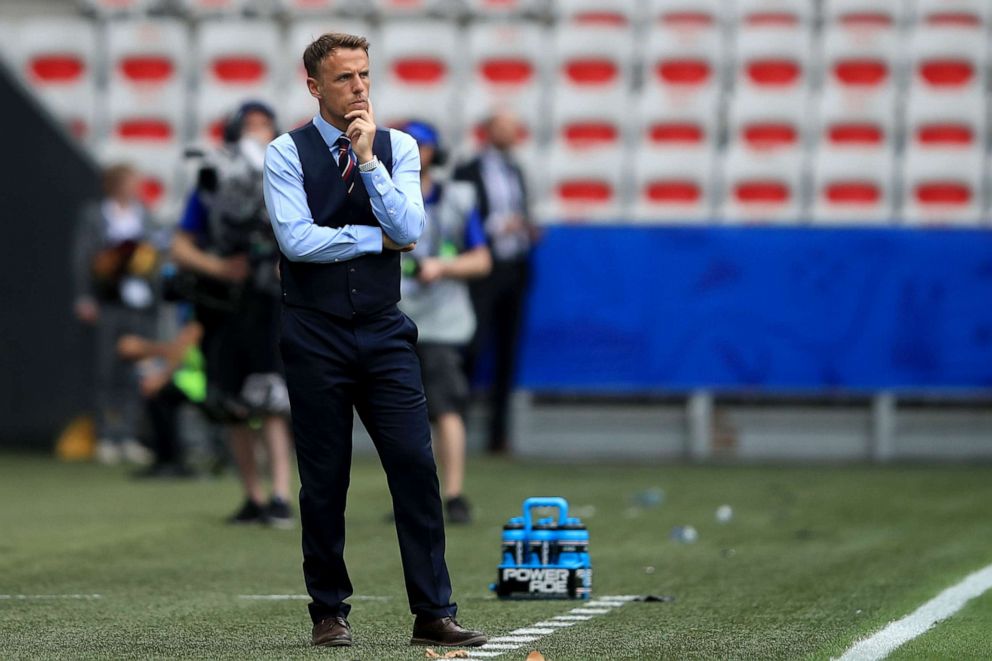 A British tabloid, meanwhile, questioned if the American athletes were “too arrogant.”

“In terms of arrogance I think that’s got nothing to do with us. That’s planning and preparation for our staff. So I think that’s pretty normal,” Ellis said.

She added that “it’s important that our team has confidence” and that she doesn’t “think in any way this is an arrogant team.”

“That, to be honest, is nothing to do with the game,” Alyssa Naeher, U.S. goalkeeper, said separately in response to the incident, according to Reuters. “Our managers operations have scouted and checked out every hotel we’ve ever stayed at or potential hotel that we will stay in to get make sure we’ve got Plan A, Plan B, Plan C.” 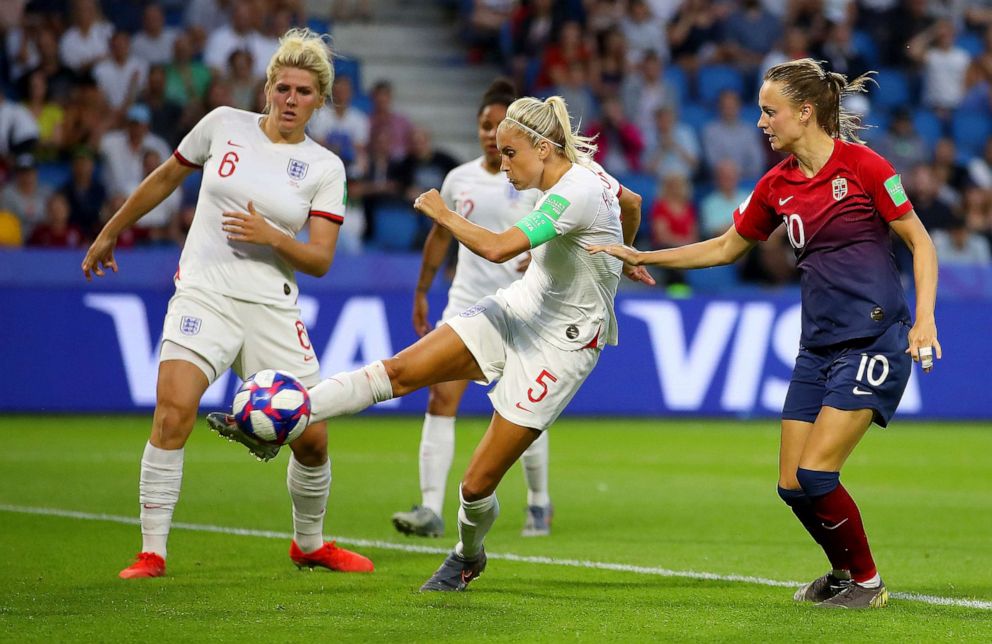 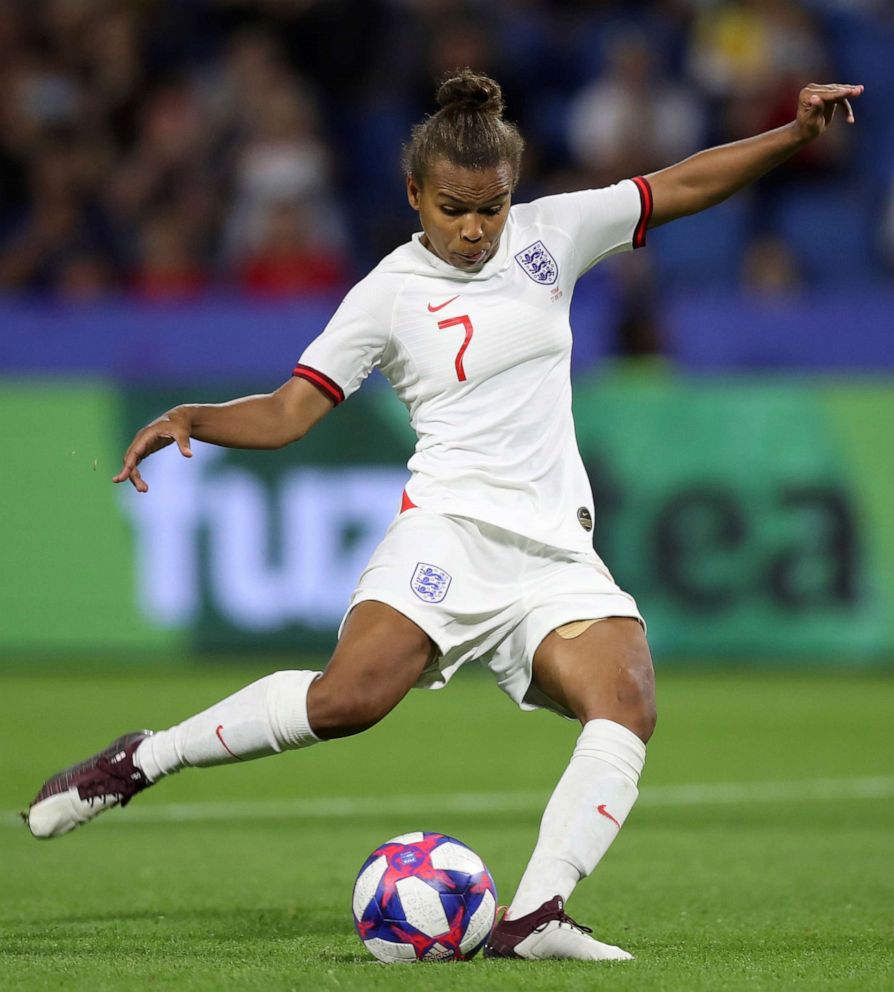 Meanwhile, the USWNT is facing allegations of arrogance from the president back home.

After a video was released by Eight by Eight magazine showing star Rapinoe saying she’s “not going to the f—— White House,” President Donald Trump tweeted that she “should WIN first before she TALKS!”

Two days later, Rapinoe scored both of the U.S.’s goals to beat France in the quarter-finals. After her second goal, she faced the crowd with her arms defiantly in the air, a pose many likened to Russell Crowe’s “Are you not entertained?” call from the film “Gladiator.”

“You’re sort of on the stage, so I guess I’m looking at myself as a performer and trying to entertain,” Rapinoe told “GMA” after the pose sparked memes. 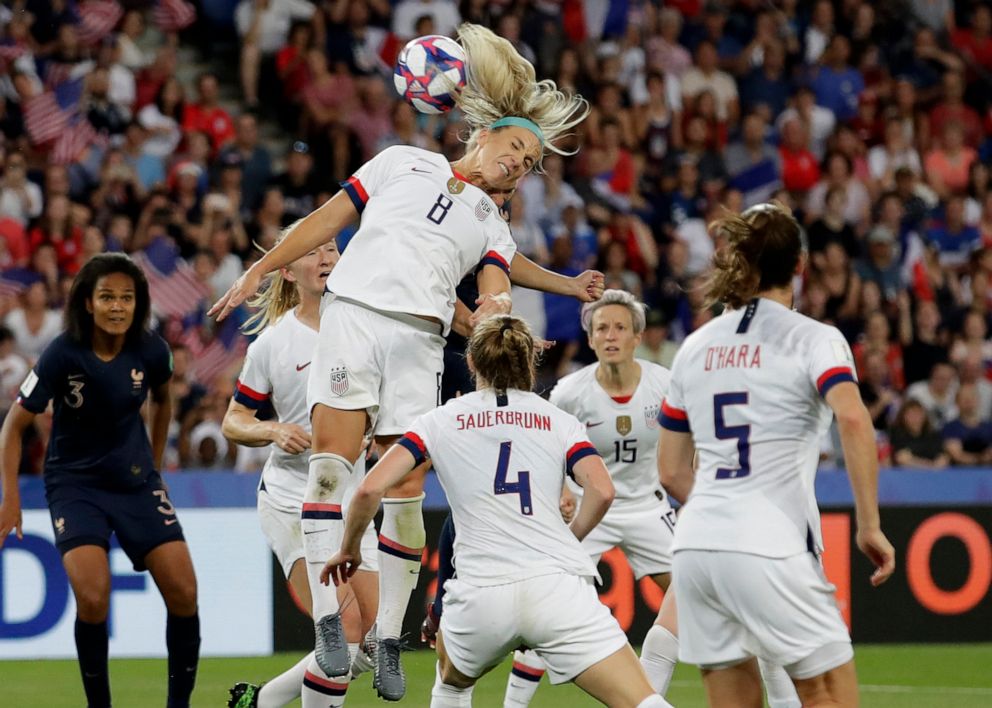 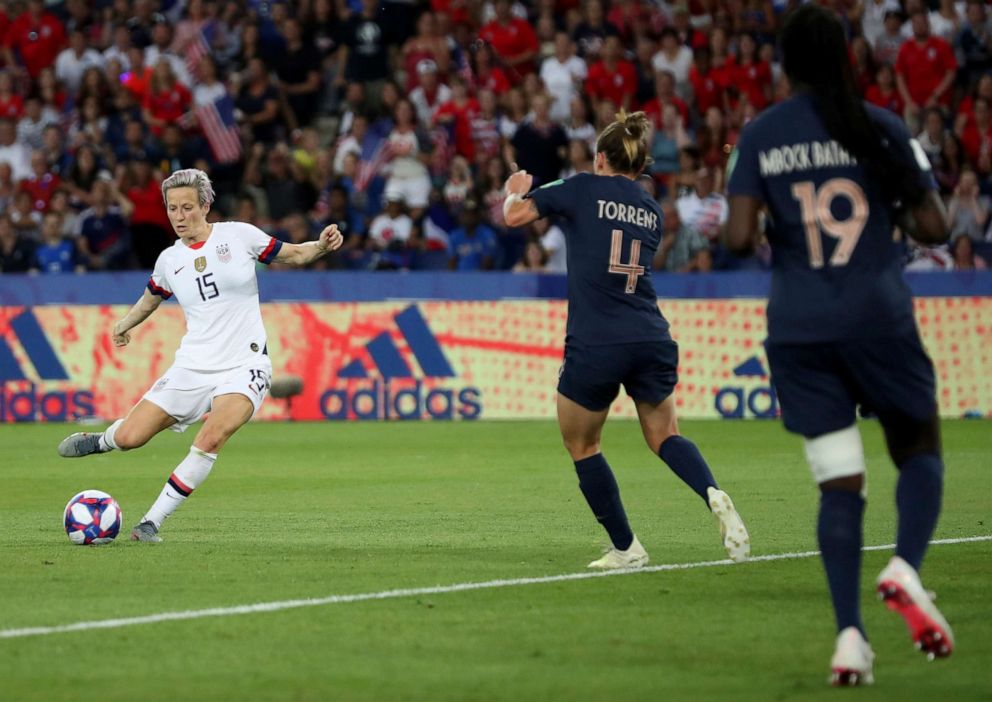 “But then Megan, man….. I’ll tell you what. You just cannot shake that girl,” her girlfriend, WNBA star Sue Bird, wrote for The Players’ Tribune about Trump in a semifinals preview piece. “She’s going to do her thing, at her own damn speed, to her own damn rhythm, and she’s going to apologize to exactly NO ONE for it. So when all the Trump business started to go down last week, I mean — the fact that Megan just seemed completely unfazed? It’s strange to say, but that was probably the only normal thing about it.”

When it comes to the game itself, Rapinoe’s teammate Kelley O’Hara told “GMA,” “There’s no way you can’t be confident when you step on the field and look around.”

“I step out there and I have that confidence knowing that I’m stepping out with all of these other amazing players next to me,” she said.

Earlier this year, the U.S. and England competed against each other at the 2019 SheBelieves Cup, where they tied 2-2. The last time the U.S. played England at a World Cup was in 2007, with the U.S. winning 3-0. Of course, there are new members of each team competing this year.

The match begins at 3 p.m. ET and will be airing on FOX and Telemundo. The winner will face the winner of Wednesday’s game, Sweden vs. Netherlands.