VINCENT KONPAMY may have missed out due to injury but he still had plenty to smile about on a night Manchester City paid homage to their legendary former captain.

A hamstring niggle forced the 33-year-old Belgian to miss his own testimonial but he was able to sit alongside Pep Guardiola in the dug-out at the Etihad on Wedneday for an entertaining clash. 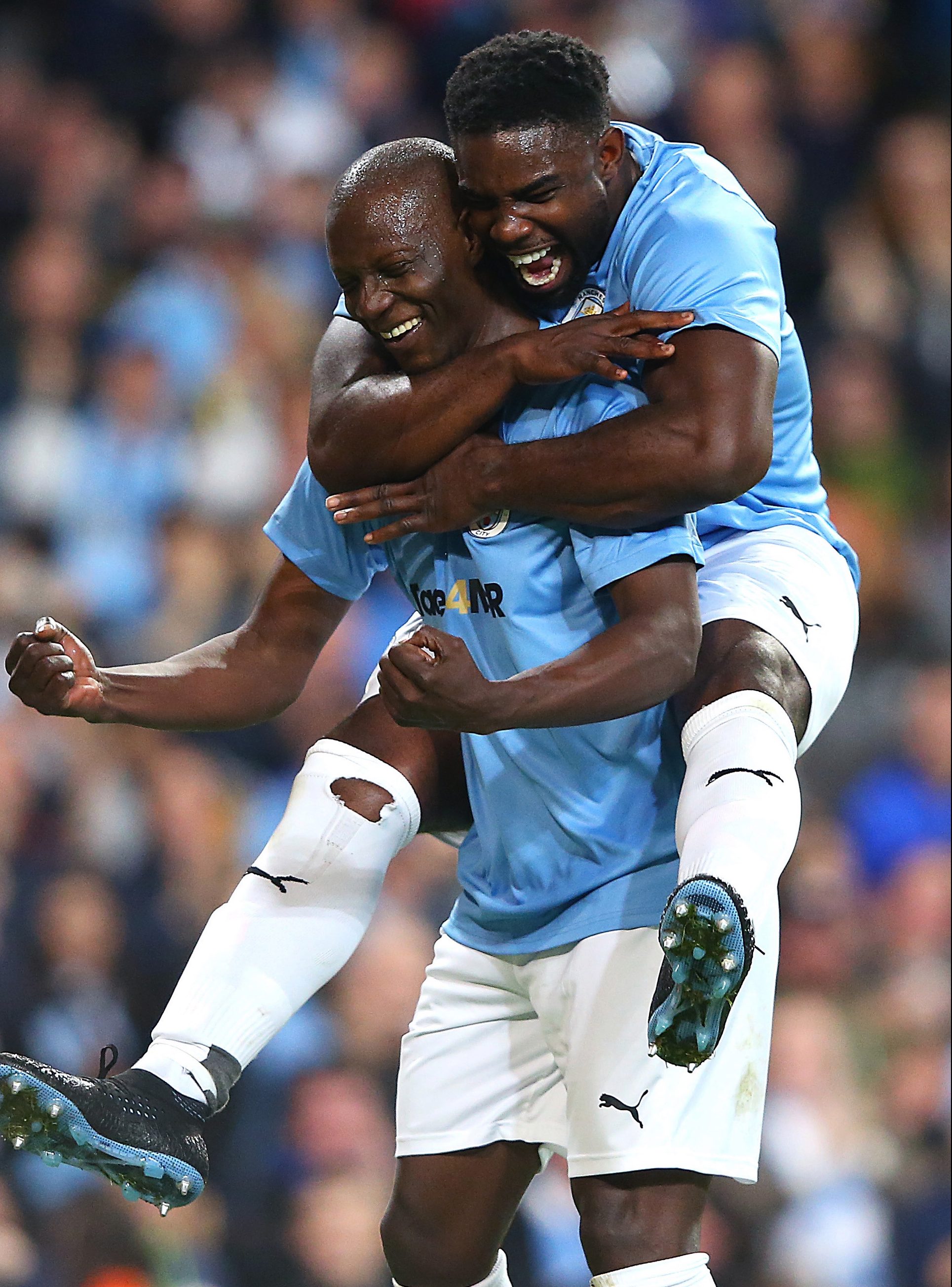 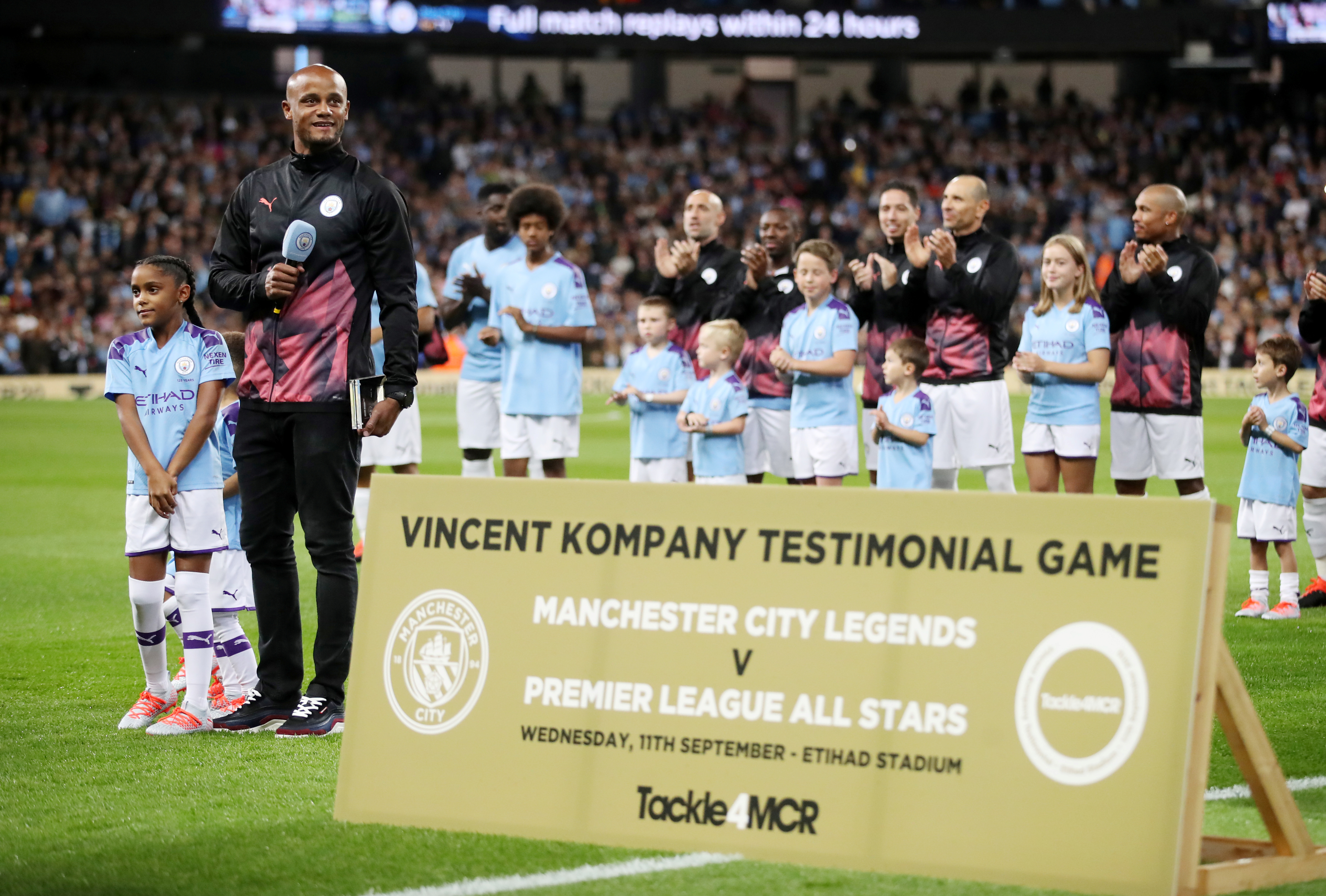 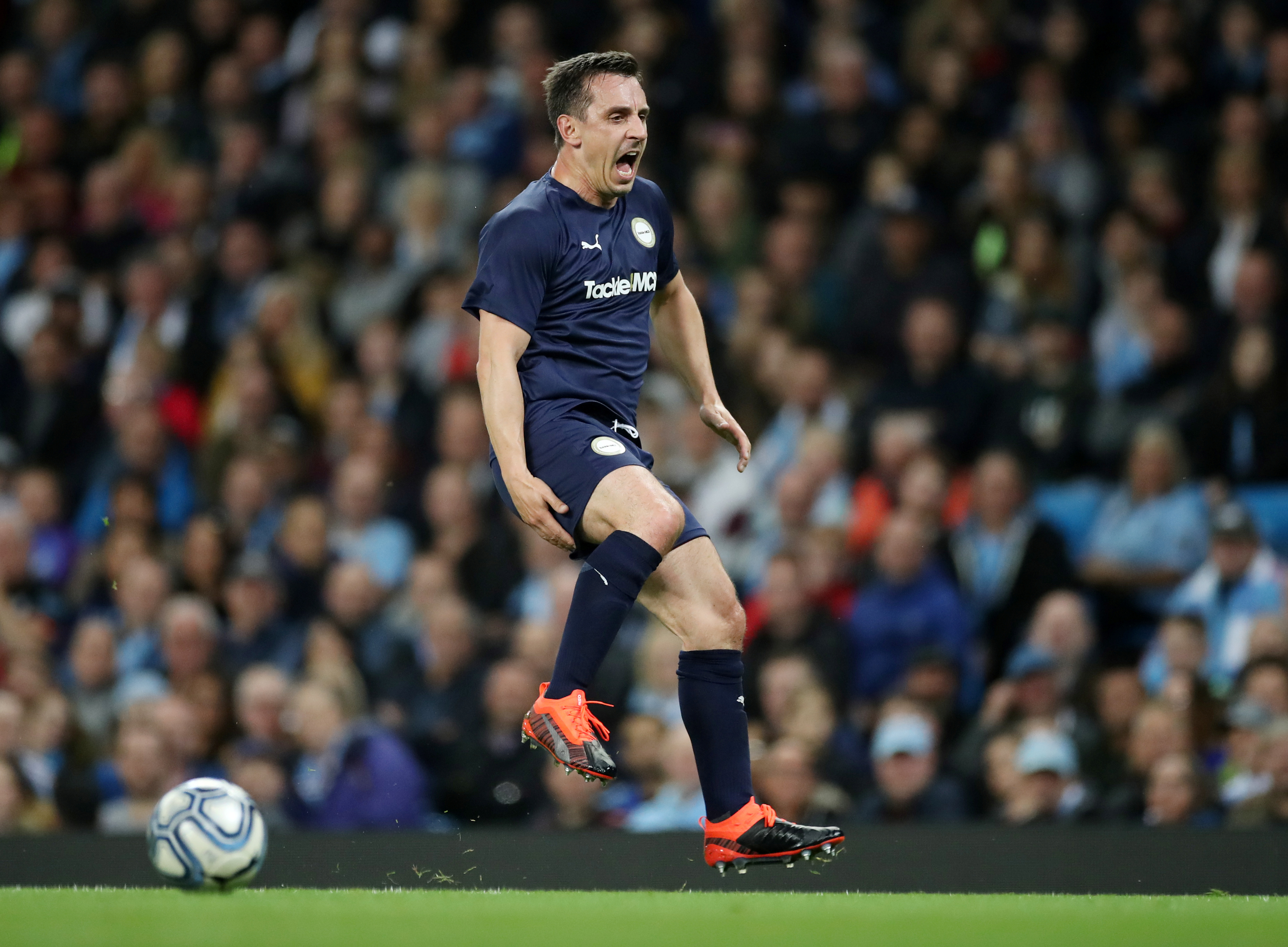 A Man City Legends team took on a side of Premier League All-Stars in front of 51,000 spectators – and the crowd were provided with plenty of action courtesy of some heroes and pantomime villians in the 2-2 draw.

But it was Carragher’s fellow Monday Night Football co-host Gary Neville, not a favourite in these parts due to his Man United connections, who suffered the biggest nightmare.

The game was less than a minute old when City’s Martin Petrov burst past the former England full-back and Carragher before rifling past Edwin Van Der Sar to break the deadlock.

And it got worse for Neville before break as he appeared to pull his hamstring – forcing him out of the action. 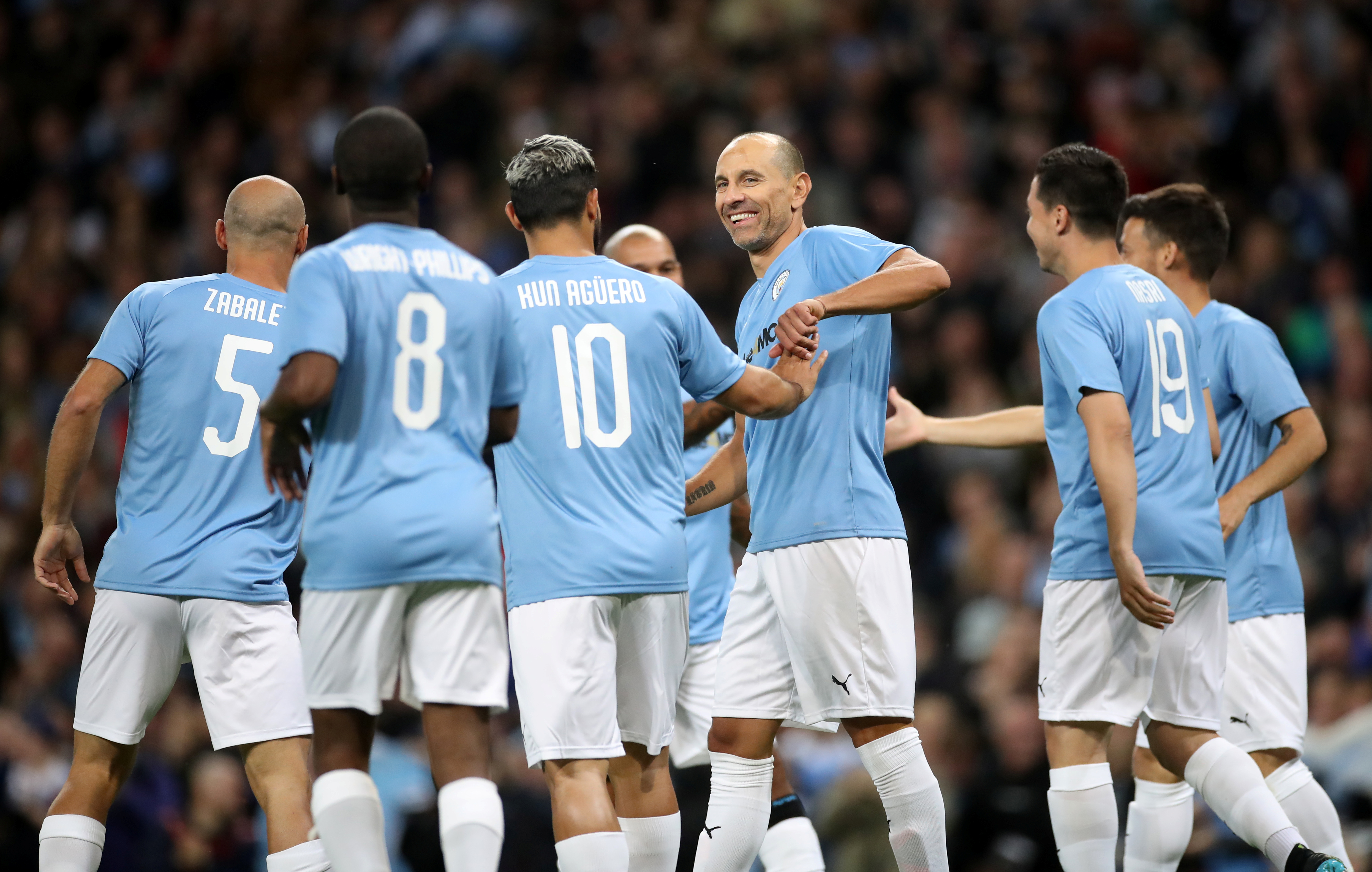 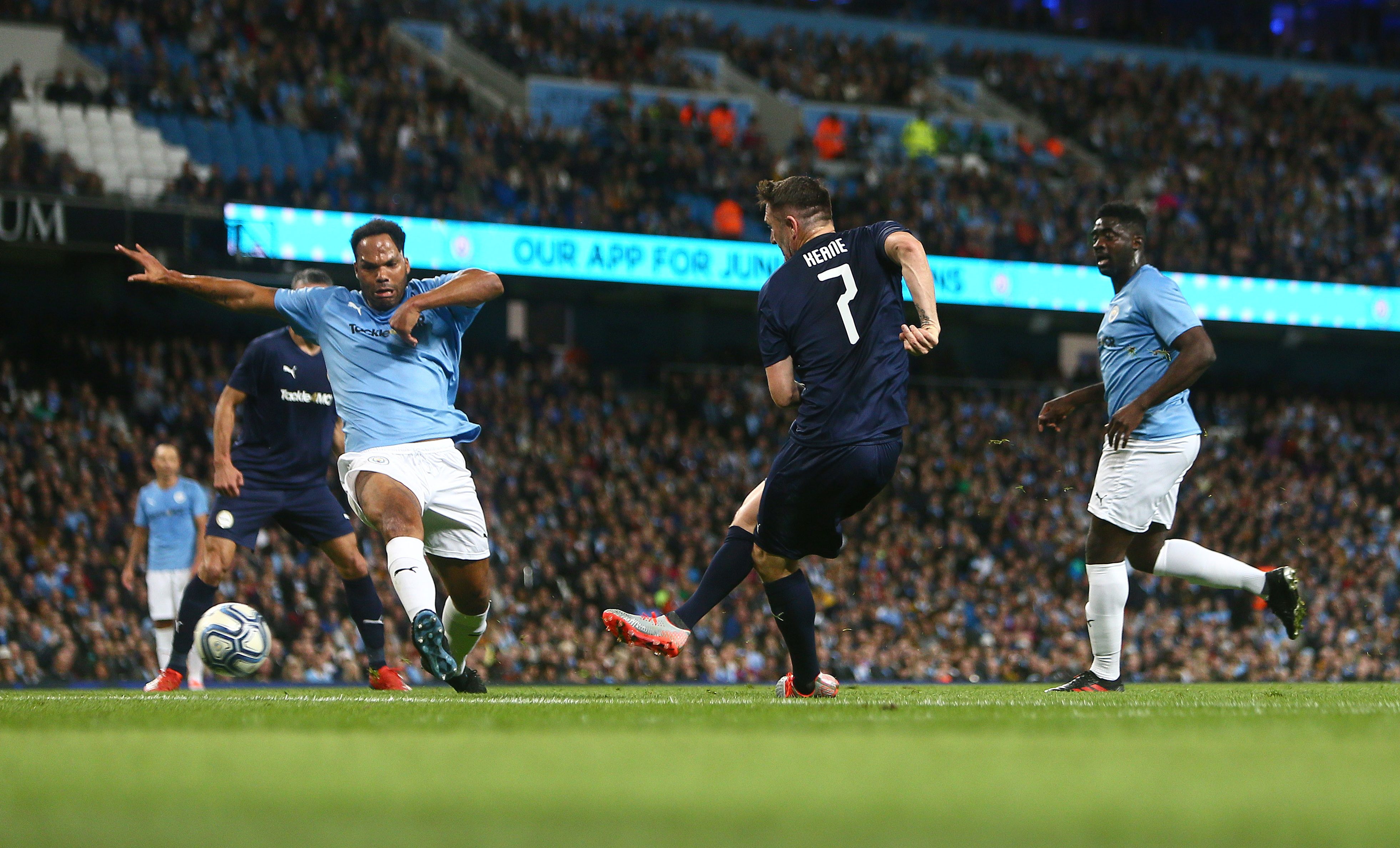 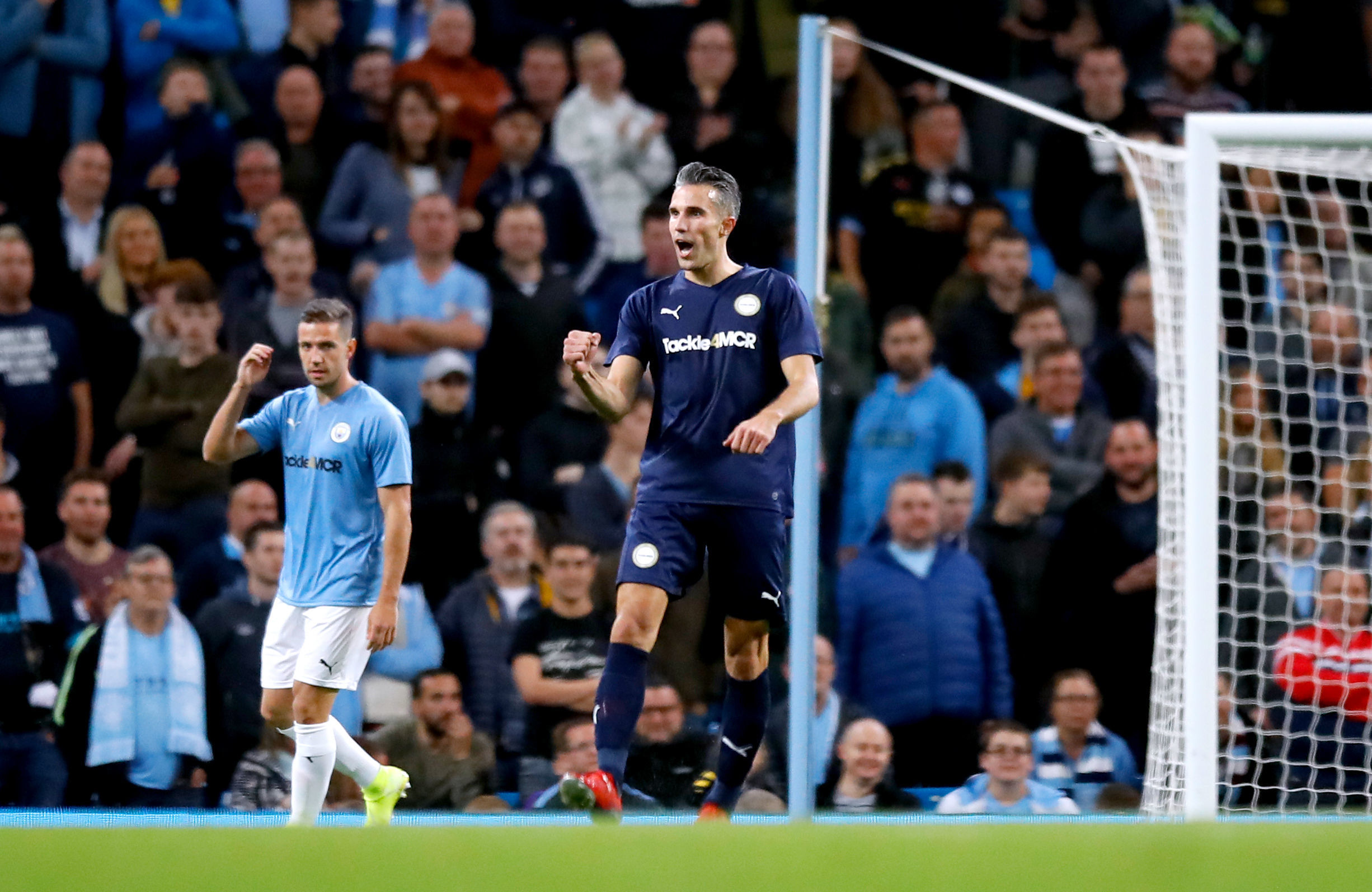 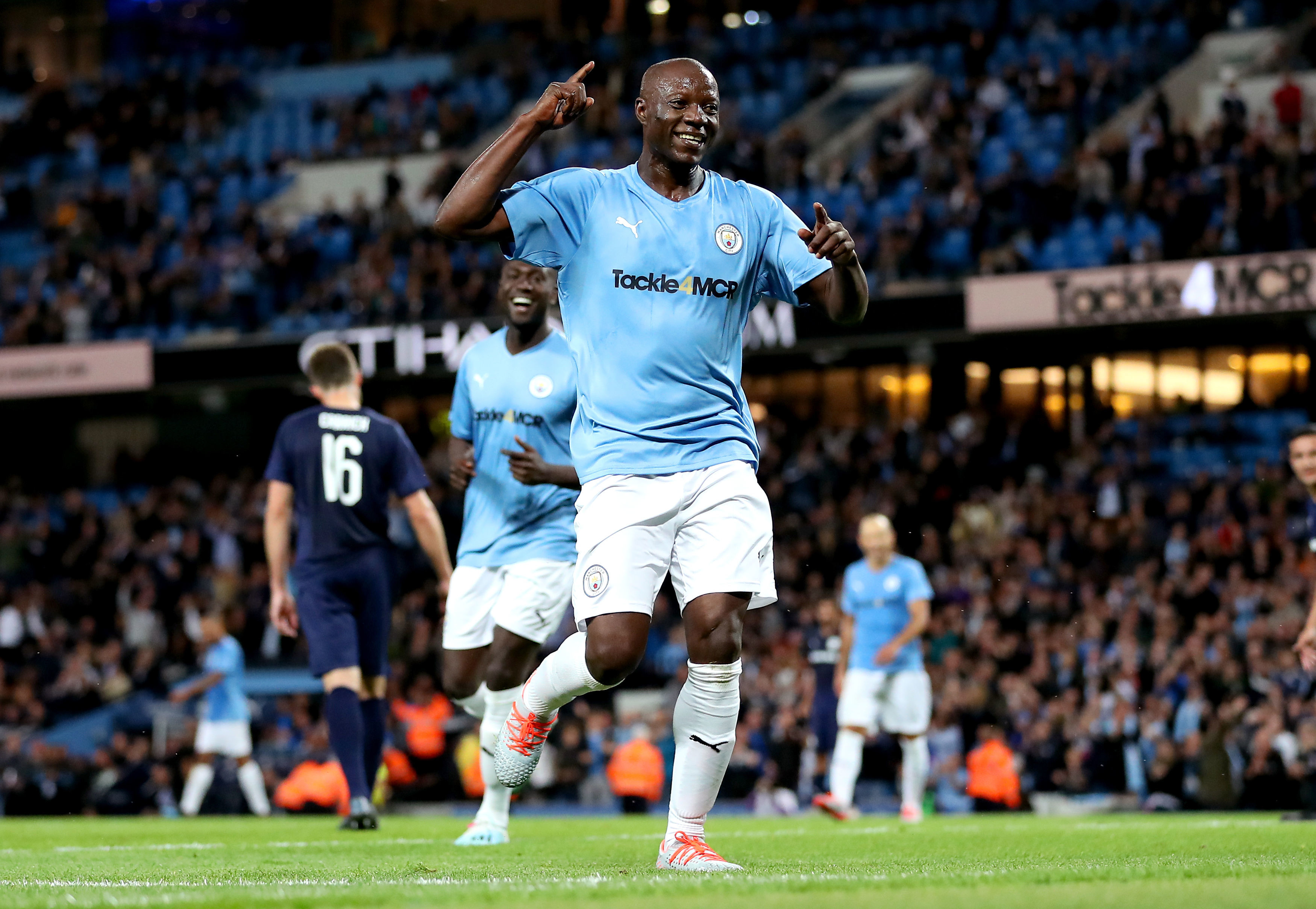 Luckily, the Prem All-Stars – which contained a heavy United presence – had already drew level prior to his departure.

Robin Van Persie, who had just forced Joe Hart into an impressive save, teed up Robbie Keane to equalise from close-range.

And the Dutchman, who fired United to the Prem title after joining from Arsenal in 2013, would soon get his own name on the scoresheet.

Just three minutes after the restart he produced a typical, sizzling strike to turn the scoreline on its head.

Old Trafford legends Paul Scholes, Michael Carrick, Ryan Giggs and Van Persie had all rolled back the years to impress – with a cheeky no-look pass from Scholes sending Twitter into meltdown.