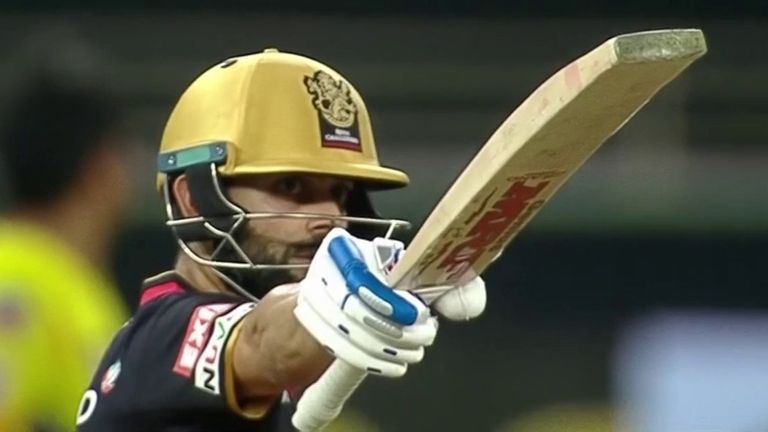 Virat Kohli slammed an unbeaten 90 from 52 balls as Royal Challengers Bangalore defeated Chennai Super Kings by 37 runs in the IPL clash in Dubai.

Kohli was electric as RCB thrashed 74 from the final five overs of their innings to reach 169-4 after they had been restricted to 95-4 after 15 overs by a previously disciplined Chennai attack.

Sam Curran’s 18th over was smashed for 24, during which Narayan Jagadeesan dropped the ball over the rope for six as he tried to catch Shivam Dube. 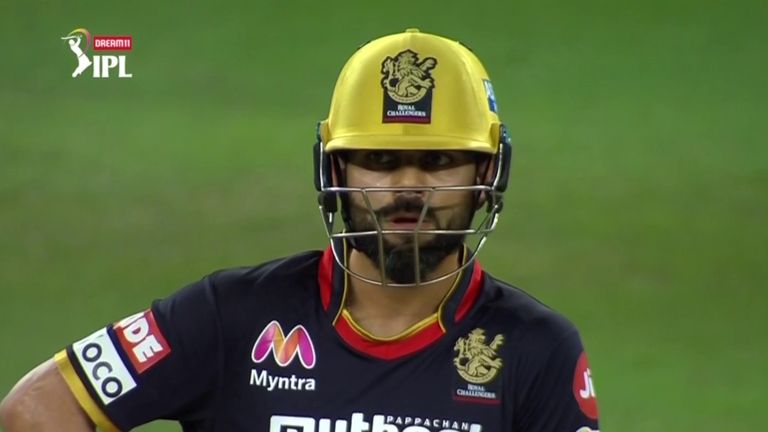 Dube (22no off 14) played his part in a rapid 76-run stand with Kohli, who completed a 38th IPL fifty from 39 balls with one of his eight boundaries.

Chennai limped to 132-8 in reply with their hopes of a dramatic finish all-but ended when Jagadeesan (33 off 28) was run out in the 15th over and MS Dhoni (10 off six balls) was caught at long-off to close the 16th.

Ambati Rayudu top-scored with 42 but was contained by an excellent RCB bowling unit, with Chris Morris – who replaced Moeen Ali for RCB – taking 3-19 and a run out on his debut for the franchise and fellow seamer Navdeep Saini shipping just 18 runs from his four overs.

RCB’s power-packed batting unit had failed to really get going themselves for the first three quarters of their innings.

Aaron Finch (2) was bowled by Deepak Chahar to bring a skittish nine-ball innings to an end, while AB de Villiers (0) snicked Shardul Thakur behind for a second-ball duck.

Devdutt Padikkal – dismissed by Thakur in the same over De Villiers fell – hit 33 in a half-century stand with Kohli but it was only once Kohli and Dube joined forces that the RCB innings ignited.

Kohli nailed three sixes in the space of six balls as he topped the 72 he had struck earlier in the tournament against Rajasthan Royals in Abu Dhabi.

The RCB captain then saw spinner Washington Sundar account for Faf du Plessis (8) and Shane Watson (14) in the powerplay – the latter bowled on the sweep one ball after using the same shot to score a boundary.

Rayudu and Jagadeesan added 64 for the third wicket but not at a rate that worried RCB and just as Jagadeesan began to find his range, he fell to a direct hit from Morris at mid-off after a lazy attempt to make his ground.

Morris then had Curran caught behind on review for a golden duck, before taking two wickets in his final over as Chennai slipped to a fifth defeat in seven games and RCB made it four victories from six.

Live coverage of the Dream11 Indian Premier League continues on Sunday with a double header. Watch Sunrisers Hyderabad vs Rajasthan Royals from 10.50am on Sky Sports Cricket and then Mumbai Indians vs Delhi Capitals from 2.50pm on the same channel.