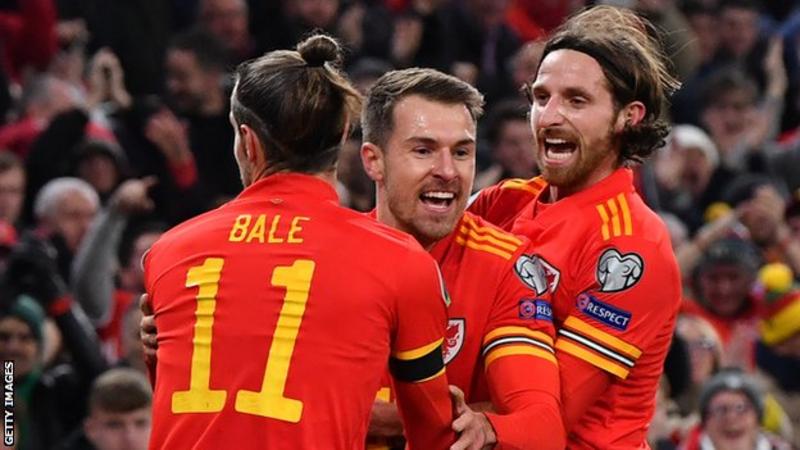 Wales emphatically secured automatic qualification for Euro 2020 as Aaron Ramsey marked his return to the team with two goals to inspire a joyous 2-0 win over Hungary.

Ramsey, starting for the first time in this campaign, headed in from Gareth Bale’s first-half cross to put the hosts in front and fuel a carnival atmosphere at a heaving Cardiff City Stadium.

A superb double-save from Wayne Hennessey kept Hungary at bay and then, 90 seconds into the second half, Ramsey calmly controlled the ball in the penalty area before stroking it into the top corner.

Bale came close to adding a third with a fierce free-kick which fizzed narrowly over, while Ramsey was denied a hat-trick by Hungarian goalkeeper Peter Gulacsi.

But nothing could detract from the euphoria in the stands as Wales rejoiced at the prospect of playing at only a third major tournament in their history.

Next summer’s European Championship will be Wales’ second in succession, a remarkable transformation for a country which had to endure 58 barren years between its first appearance at a major tournament, the 1958 World Cup, and its second at Euro 2016. 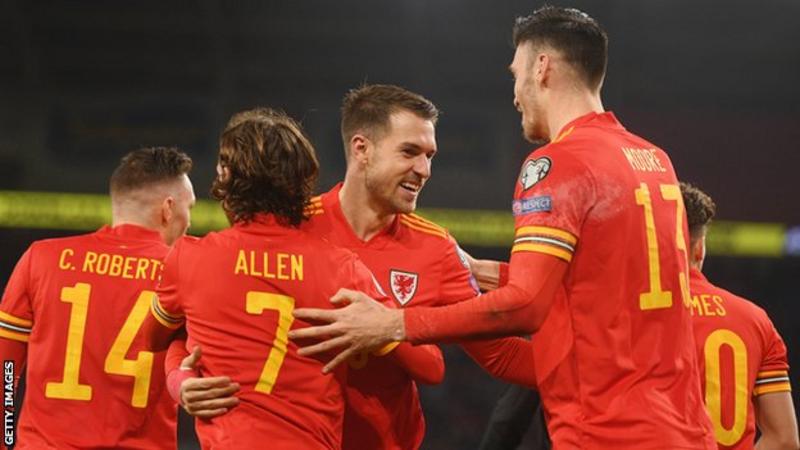 Qualification also represented an extraordinary turnaround in this campaign alone.

When Wales lost in Hungary in June, they were left with only three points from their first three matches and with their hopes of qualifying hanging by a thread.

But having avoided defeat since then, Giggs’ side were gathering momentum at just the right moment.

Nobody epitomised that sense of timing better than Ramsey, who had returned from a series of injuries to make his first appearance of the campaign as a substitute during Saturday’s 2-0 win in Azerbaijan.

The Juventus midfielder came on for Bale on that occasion but both started against Hungary, Wales able to name the integral duo in the same team for the first time since November 2018.

Ramsey and Bale’s influence on the national team is enormous, illustrated by the fact they had not lost a qualifier while playing together since a 2-0 defeat in Bosnia-Herzegovina in October 2015, which was academic as Wales qualified for Euro 2016 that night anyway.

They demonstrated their value to Wales once more on this occasion with a wonderfully worked first goal, Bale curling in a perfectly-weighted left-footed cross from the right and Ramsey heading in to get the party started in Cardiff.

Bale almost created a second goal when he crossed beautifully again, this time with his right foot, for Kieffer Moore, but the striker’s header was wide.

Moore atoned for that miss by playing his part in Wales’ second goal, hooking a free-kick towards Ramsey, who was composure personified as he controlled the ball and finished with a flourish.

Wales had several chances to extend their lead, with Bale, Daniel James and Ramsey all going close.

But it did not matter. Despite a fleeting sign of Hungary’s threat in the first half, the visitors posed no danger in the second.

Wales’ players enjoyed themselves as they closed out the game, and then when the final whistle blew the celebrations could start in earnest.

Attempt saved. Harry Wilson (Wales) left footed shot from outside the box is saved in the centre of the goal. Assisted by Kieffer Moore.

Daniel James (Wales) is shown the yellow card for a bad foul.

Tom Lockyer (Wales) wins a free kick in the defensive half.

Chris Mepham (Wales) wins a free kick in the defensive half.

Attempt missed. Chris Mepham (Wales) header from the centre of the box misses to the right. Assisted by Ben Davies with a cross following a set piece situation.

Daniel James (Wales) wins a free kick in the defensive half.

Máté Pátkai (Hungary) wins a free kick in the defensive half.

Attempt saved. Aaron Ramsey (Wales) right footed shot from the left side of the box is saved in the centre of the goal.

Ádám Szalai (Hungary) wins a free kick in the defensive half.

István Kovács (Hungary) is shown the yellow card for a bad foul.

Ethan Ampadu (Wales) wins a free kick in the attacking half.