Adrian Peterson is reportedly done with the Washington Football Team as the running back will be released before Saturday’s 53-man roster deadline.

Once the move is official, the 35-year-old Peterson will become a free agent. He reportedly wants to keep playing.

In two seasons in Washington, Peterson ran for 1,940 yards and 12 TDs and only missed one game. He’s fifth on NFL’s all-time rushing list with 14,216 yards.

Things looked good for Peterson in Washington when Derrius Guice was released earlier this summer. Apparently, that wasn’t the case. For now, Washington has four running backs — J.D. McKissic, Bryce Love, Antonio Gibson and Peyton Barber — in the fold.

Why was Adrian Peterson cut?

Even without Guice, it didn’t make much sense for Washington to give much playing time to Peterson.

Gibson is an extremely talented rookie. Love was a great back at Stanford and is ready to play after sitting out last season due to a torn ACL suffered in his final college game. For a team in a long rebuild, it makes more sense to find out what it has in young players like that than play Peterson.

Peterson spoke to NFL reporter Josina Anderson after his release and said he was surprised by the news.

Peterson was still effective last season, averaging 4.3 yards per carry. He had 898 yards and five touchdowns on a bad Washington team. The move also allows Peterson to perhaps find another landing spot, one that gets him closer to his goal of making his first Super Bowl. 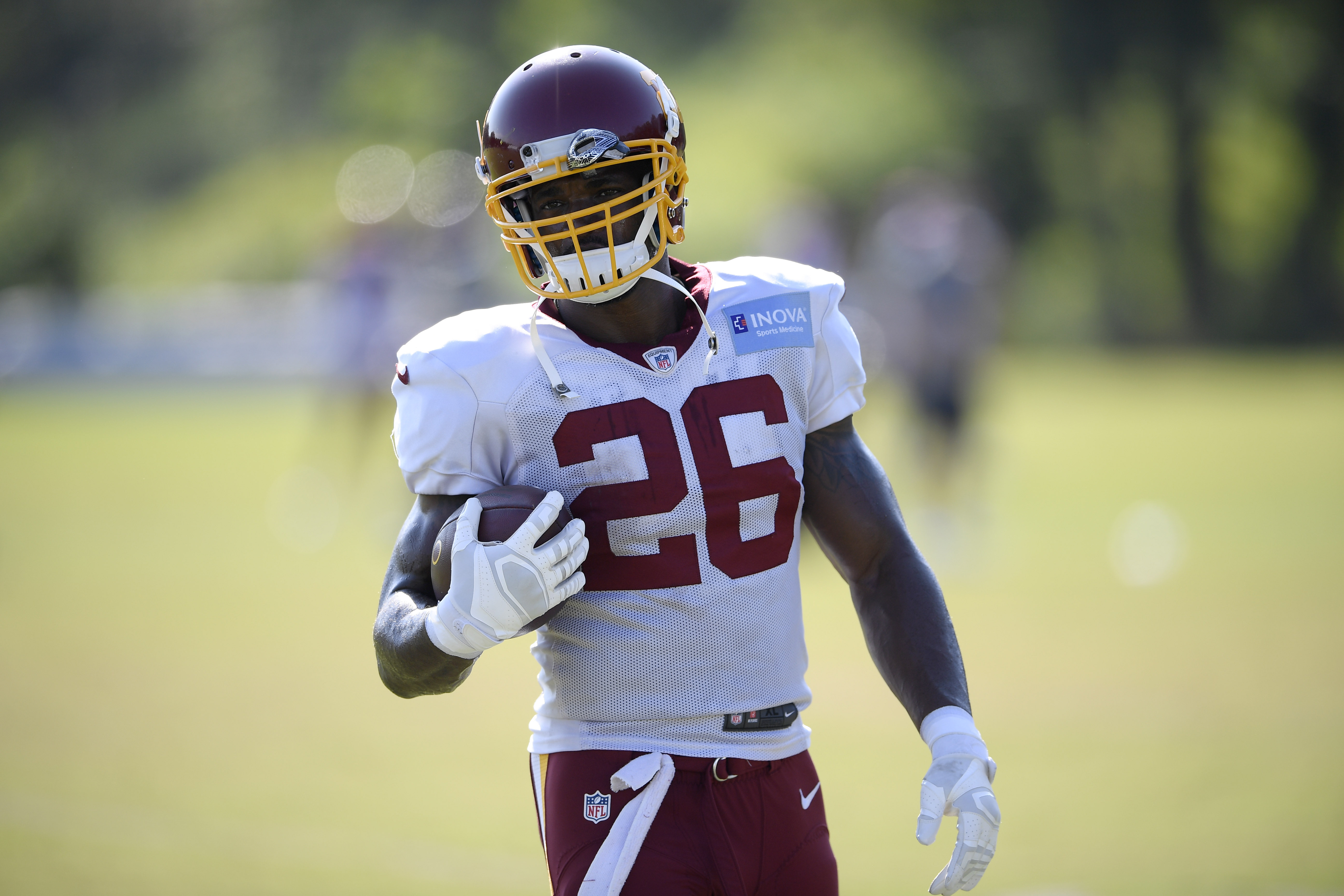 Will anyone want Peterson?

We saw the market for running backs when Leonard Fournette was cut by the Jacksonville Jaguars. It wasn’t that robust, and the Tampa Bay Buccaneers are presumably full at running back after signing Fournette.

The Chicago Bears could use a veteran if David Montgomery will miss time early in the season due to injury. The New England Patriots have some options but still don’t seem all that set at running back. But there aren’t many teams looking for a 35-year-old with the season starting next week, even if Peterson will be in the Hall of Fame someday.

If this is it for Peterson, he’ll finish behind just Emmitt Smith, Walter Payton, Frank Gore and Barry Sanders on the NFL’s all-time rushing list. He was 1,054 yards from passing Sanders for fourth place, but he won’t get to make a run at that in Washington.

Related: Major Moves of the 2020 offseason