ATLETICO MADRID defender Mario Hermoso was involved in an extraordinary bust-up with the club's fans after a LaLiga defeat on Sunday.

The five-cap Spain defender had to be restrained as he furiously tried to confront hecklers in the stands after a 2-0 loss to Villarreal. 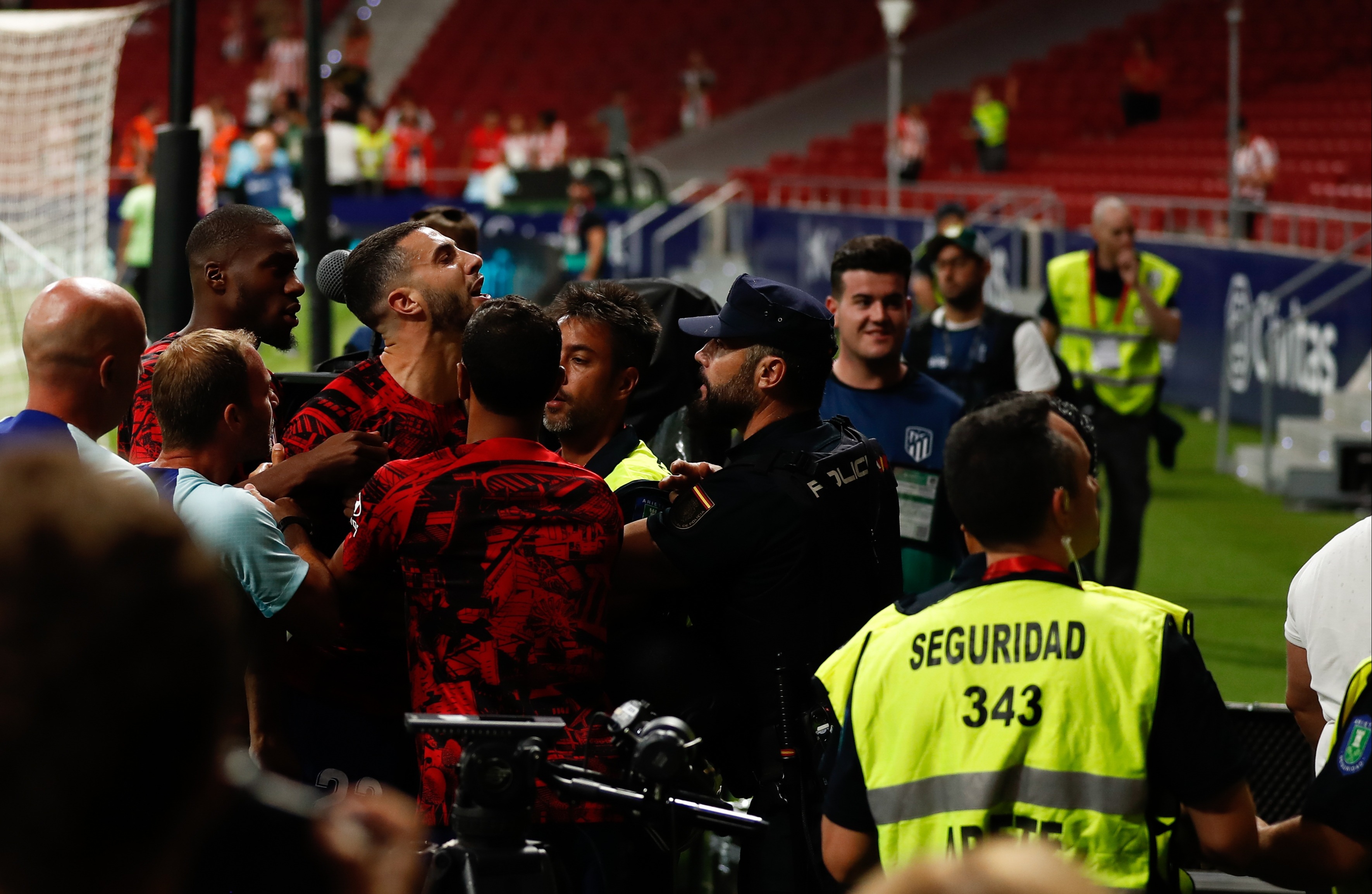 Team-mates tried unsuccessfully to stop the 27-year-old from climbing over advertising hoardings to confront Atleti's Ultras.

The ugly clash is then brought to an end when stewards and police intervene to bring him back onto the pitch.

It happened after Diego Simeone's side fell to a 2-0 defeat which has left them three points behind the early LaLiga leading pack.

It is thought those jibes came from a supporter who had stayed behind with dozens of others to berate the players for a poor display.

Hermoso can been seen shouting at someone before shrugging off those restraining him to square-up to whoever had enraged him.

It all happened as bottles and other missiles rained down on him from the stands at the Wanda Metropolitano.

Other Atleti stars can be seen looking on in disbelief as it all unfolded during their post-match warm-down.

Hermoso was an unused sub while on-loan Barcelona striker Griezmann came on to replace Marcos Llorente just after the hour mark.