JUDO fighter Anri Egutidze was bizarrely disqualified after a mobile phone slipped out of his pocket during a match.

His rival Robin Packs appeared to do a double take before picking up the smartphone and turning towards the referee with the device in his hand. 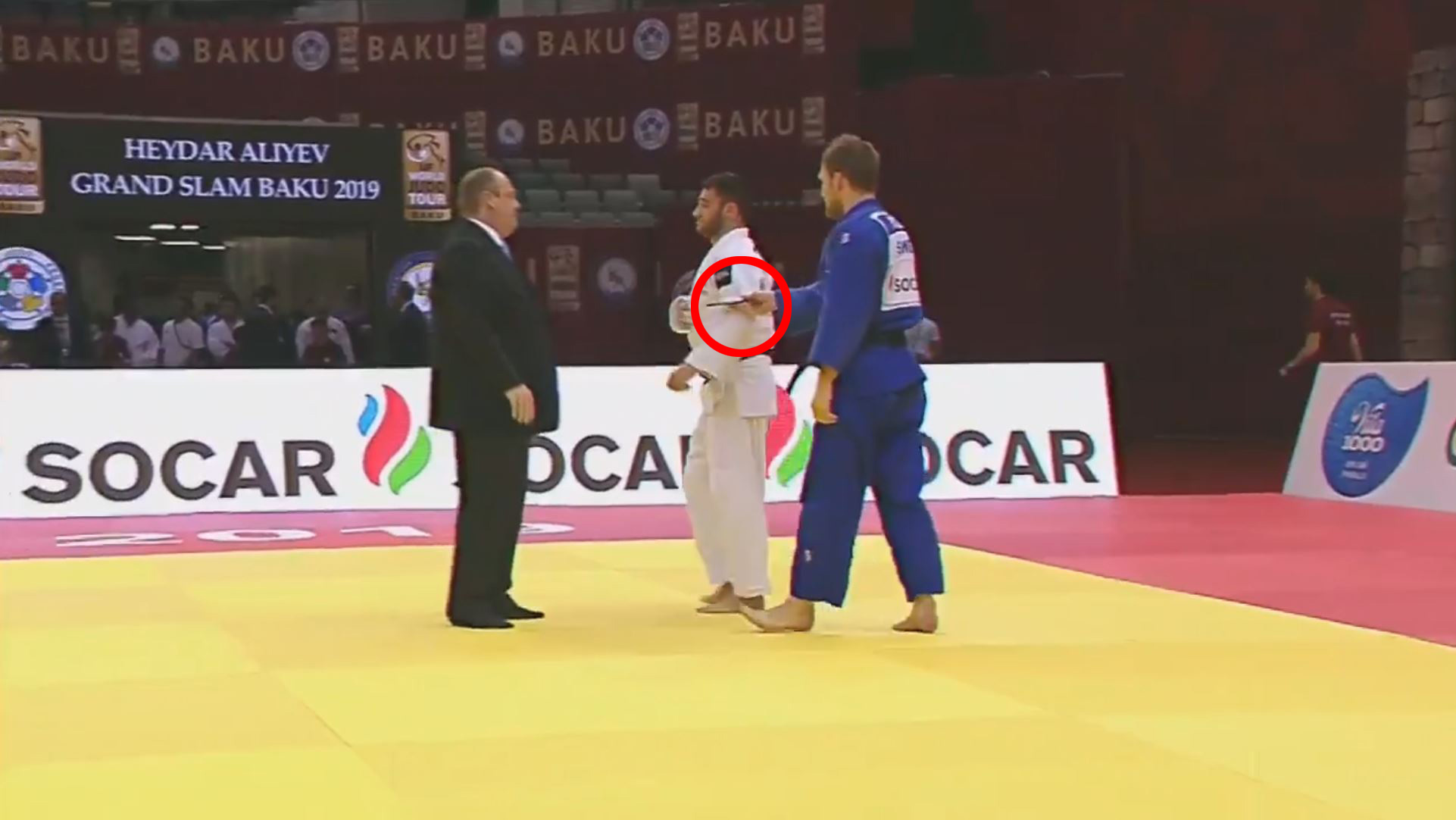 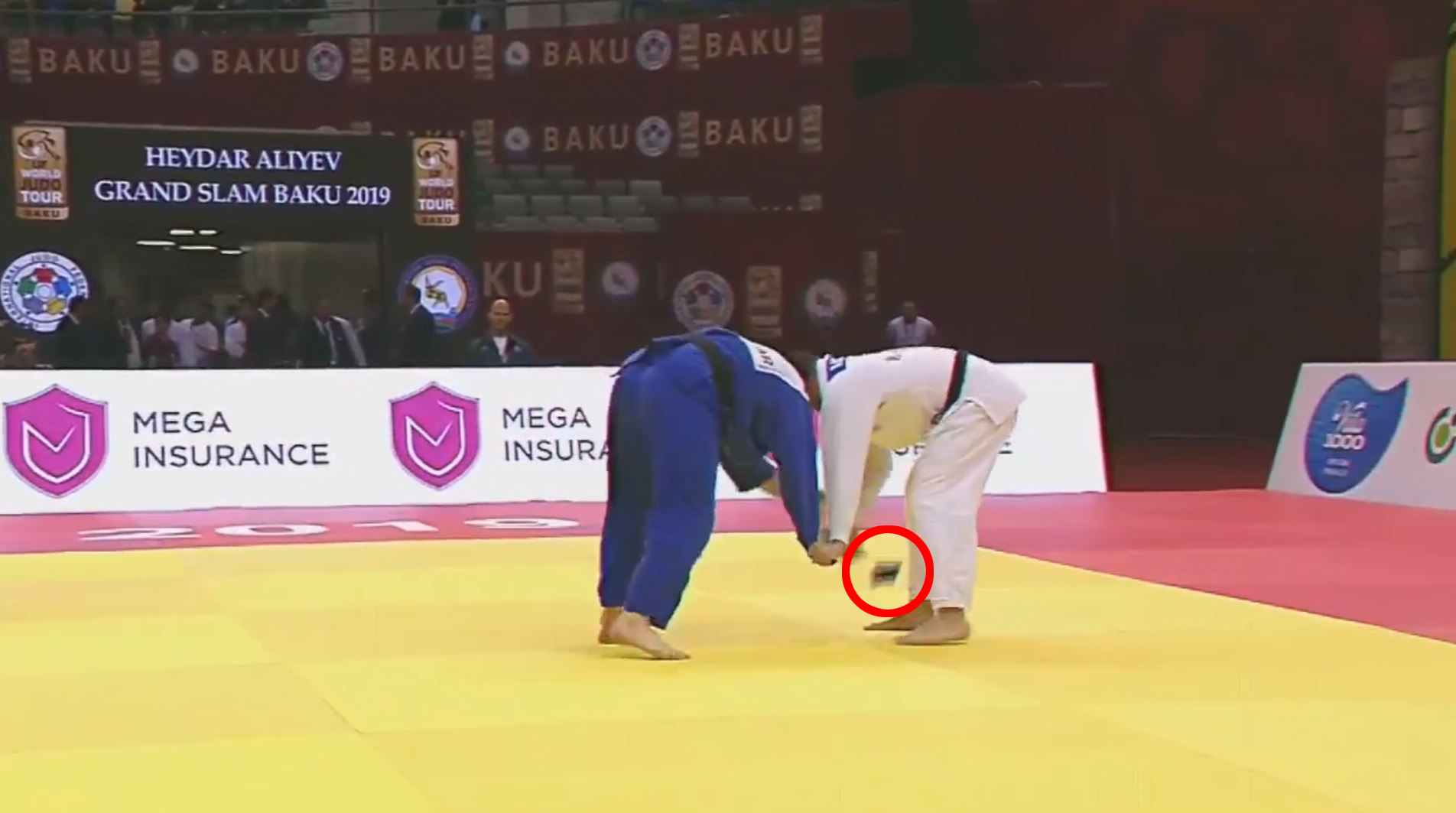 The incident happened just 13 seconds in the fight at the Baku Grand Slam, a three-day competition involving 467 judokas from 52 countries in Azerbaijan’s capital.

Ashamed Egutidze, 23, put his hand on his heart and apologised before walking to the sidelines following his self-inflicted red card.

The judoka, who is of Georgian origin but competes for Portugal, admitted afterwards: "I was listening to music in the changing rooms and took my watch off but forgot to remove my mobile."

Local reports say he has even offered to repay his travel costs to Azerbaijan his federation, but the offer has been turned down.

But Egutidze then promised to win a medal at the European Games in Minsk next month to make up for his mistake.

His gaffe led some fans to joke on social media, with one claiming he deserved the "orange belt".

While another wrote: "Maybe he wanted to share his heart rate and calorie consumption through Google Health or Strava."

A third said: "The phone was brand new, give the guy a break."

And another tweeted: "Perhaps he needed to update his Facebook status mid-fight."

Three months ago Chinese snowboarder Cai Xuetong was also unfortunate to have left her phone in her pocket during a competition.

Xuetong only realised the device was with her when its screen broke after she fell. 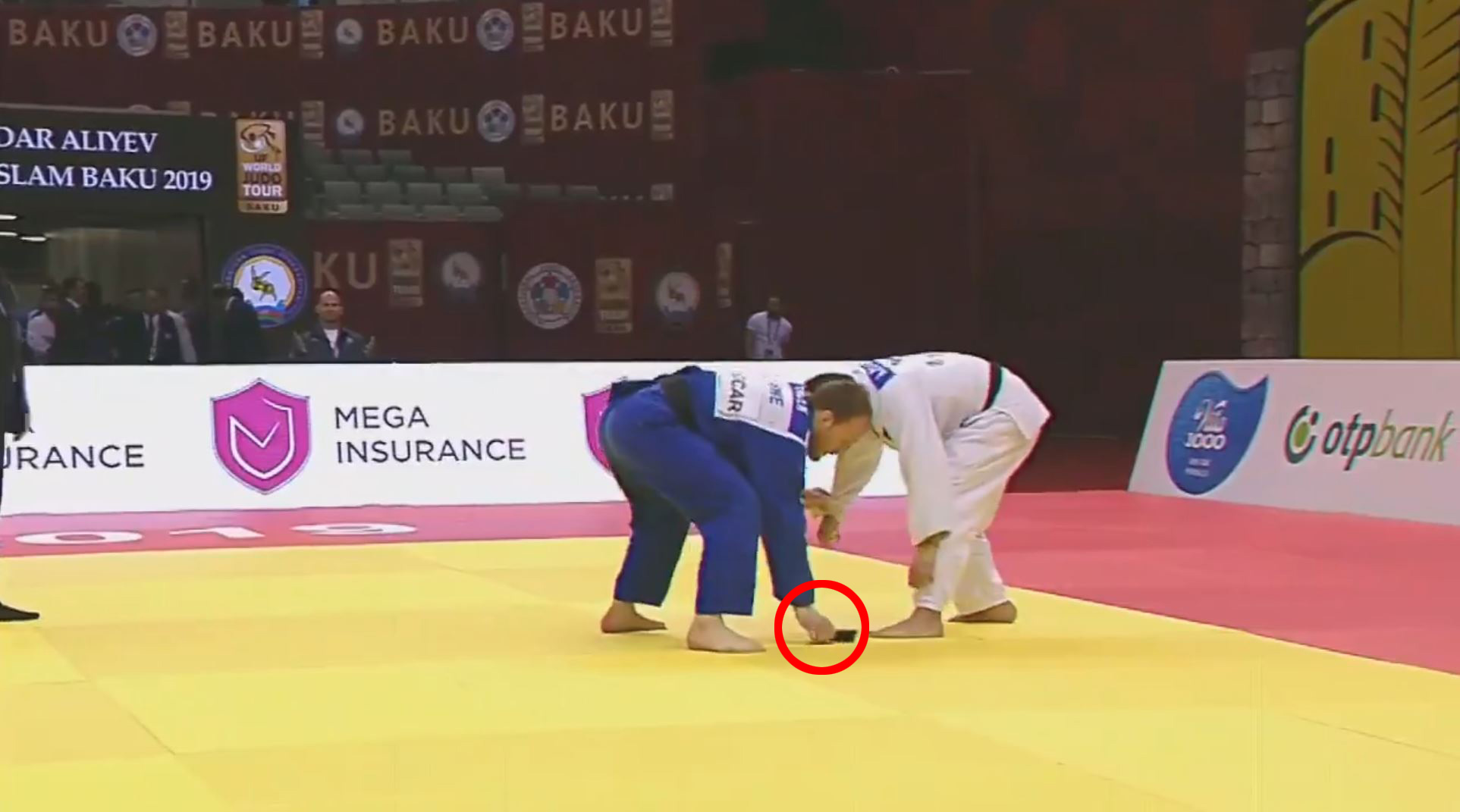