CHELSEA and Liverpool's Women’s Super League clash on Sunday turned into a farce after it was abandoned just six minutes in due to a frozen pitch.

A pitch inspection had been held at 9.30am where the game had been given the green light to go ahead – despite the weather causing a large number of EFL matches to be postponed over the weekend. 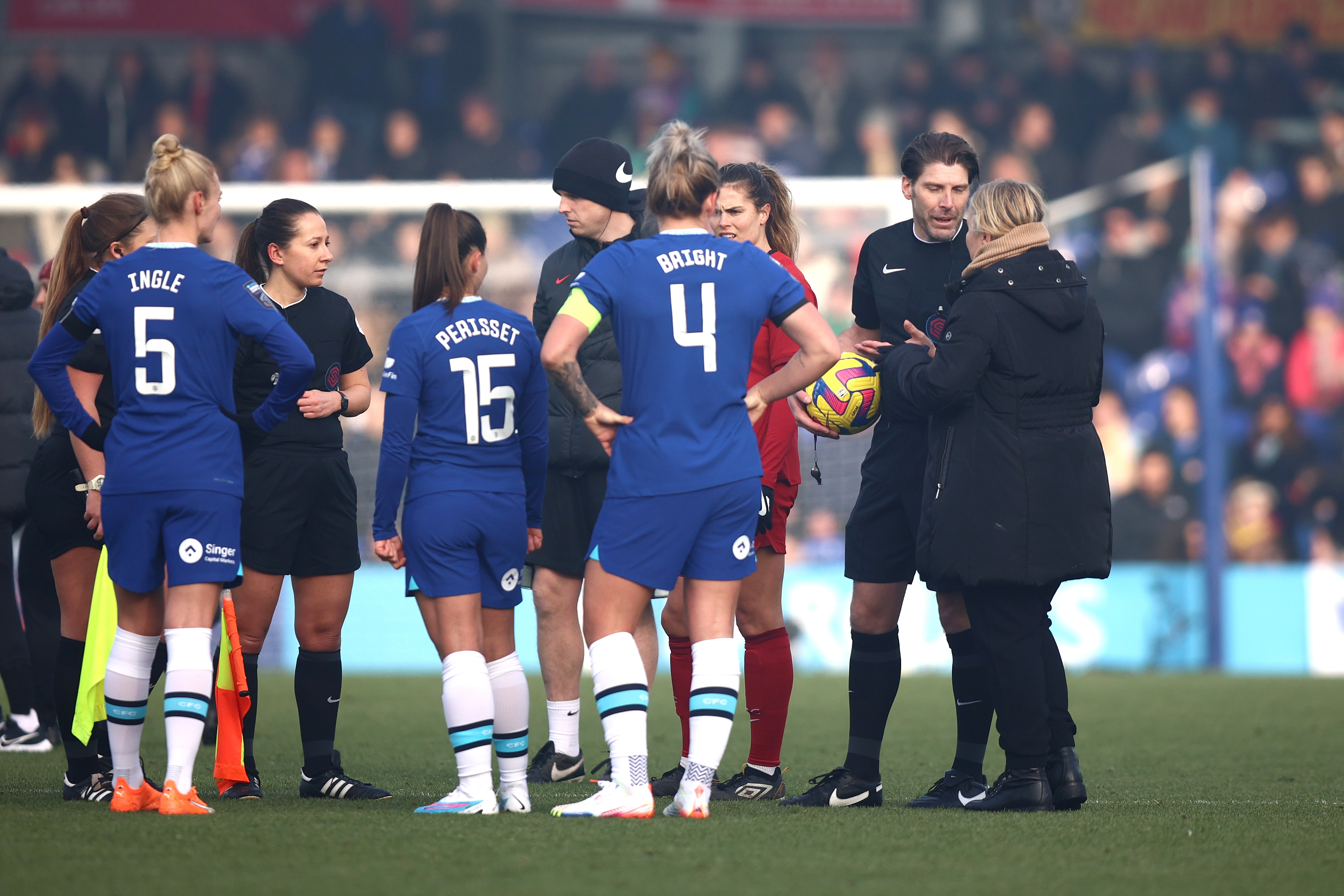 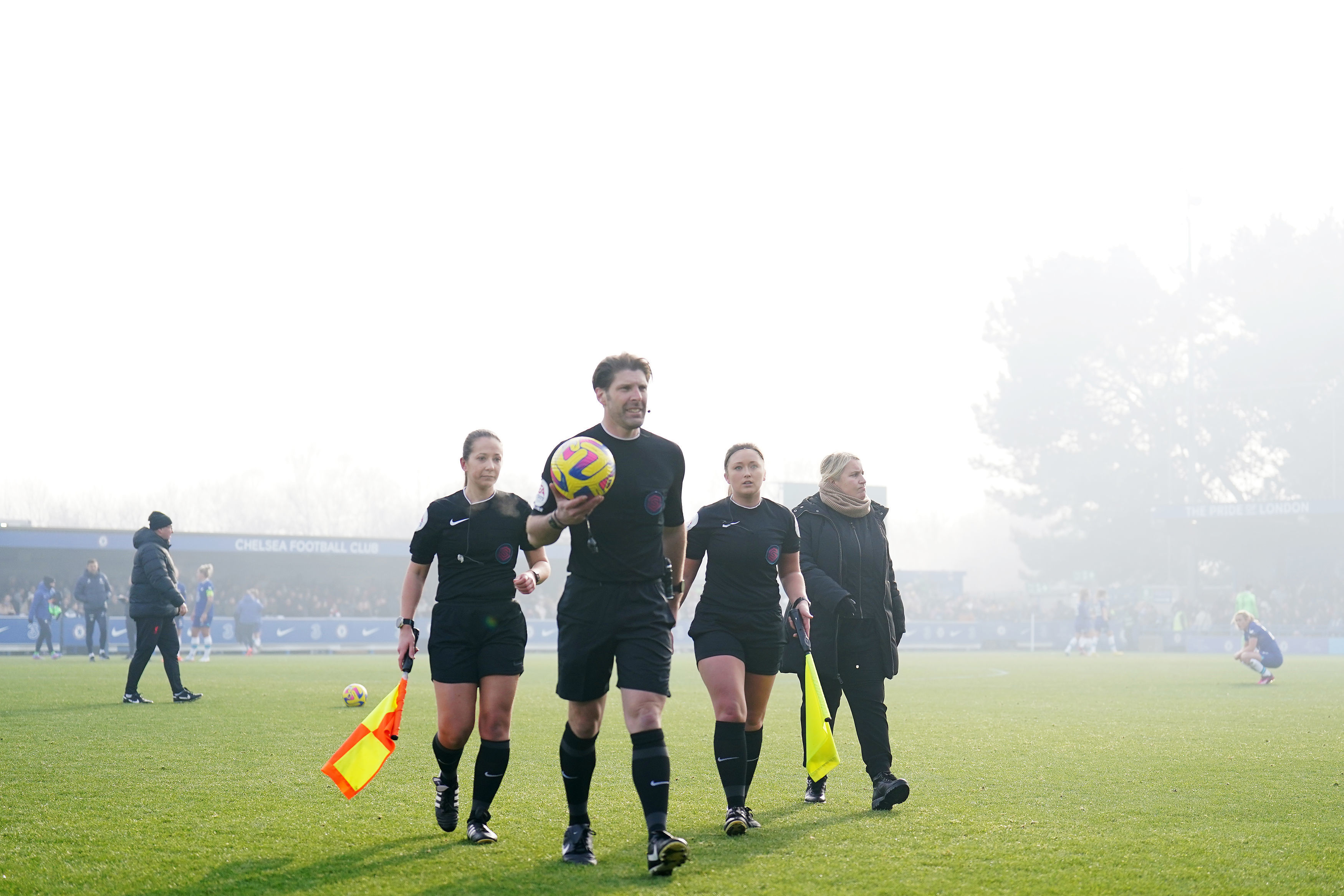 However, seconds after kick off, players from both teams were visibly sliding everywhere on the “ice rink”, leading to ref Paul Howard to take both sets back to the dressing room.

Fran Kirby has said women's football 'deserves better' after the game between Chelsea and Liverpool was abandoned after just six minutes.

A pitch inspection took place at 9.30am at the Kingsmeadow, and despite the match being given a green light, referee Paul Howard took the players back to the dressing rooms soon after kick-off.

Blowers and pitch tents had been used to try and defrost the surface, despite officials calling the surface “unplayable”, according to Chelsea manager Emma Hayes.

1-2-Free: Win £100 in CASH if you correctly predict three scores with Ladbrokes

And her star striker Fran Kirby also hit out at the decision afterwards as she demanded that “women’s football deserves better”.

She tweeted: “Apologies to both sets of fans who travelled today. Players safety should always be the number one priority.

“Luckily no one was injured today and the right decision was taken eventually. Women's football deserves better and we won’t stop fighting to make that happen.”

The state of the pitch was on full display from the start as players slipped, with Chelsea's Erin Cuthbert even falling dangerously to the rock-hard turd when through on goal and banging her knee.

Niamh Charles also suffered a similar fate as she tried to sprint with the ball.

The FA were not in attendance at the clash, leading to Hayes blasting the governing body and stating that it was not the responsibility of the head coaches to make such decisions.

She said: “You could see from the opening minutes that it was like an ice rink down the sides.

“Matt Beard was upset that it even got to point and he's right. It's not for managers to decide if it's on – it's up to the FA and officials.

“We have to say to ourselves that it's time for undersoil heating. We've got to take our game seriously. Yes, we can have our blowers and pitch tents but it's not enough.”

Chelsea are currently top of the WSL with a three-point lead, but rivals Manchester United and Arsenal both have a game in hand.