CONOR MCGREGOR has successfully made weight for his long-awaited return to the lightweight division this weekend.

The former two-division champion weighed in for his UFC 257 rematch with Dustin Poirier, who he'll throw down with in Abu Dhabi, this afternoon. 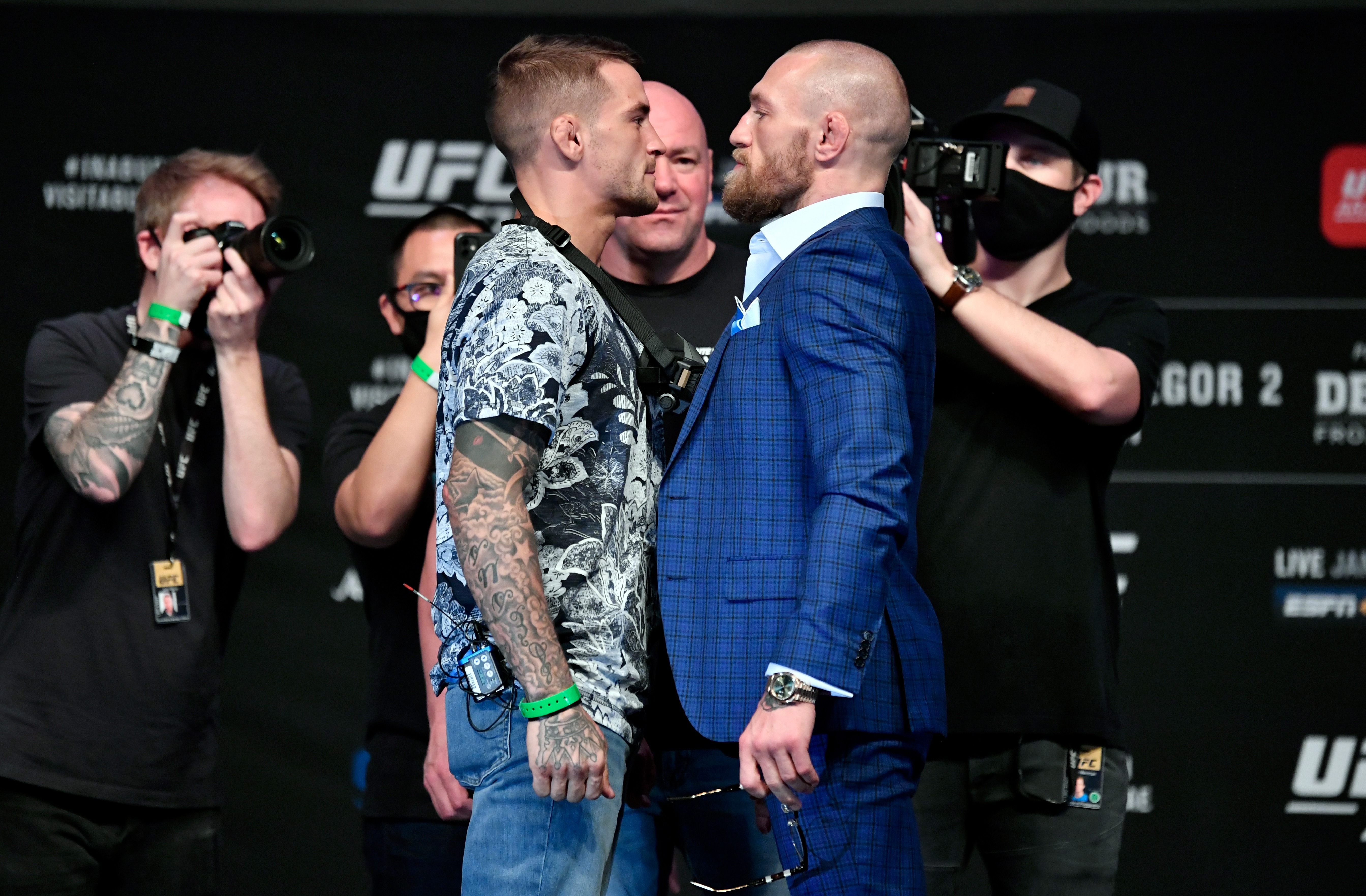 McGregor, 32, tipped the scales first, weighing at the championship weight of 155lbs

McGregor's showdown with Poirier – which will be a rematch of their featherweight clash at UFC 178 six years ago – will be his first lightweight bout in over two years.

The former 155lb king's last outing in the division was his unsuccessful attempt to dethrone Khabib Nurmagomedov at UFC 229, where he suffered a fourth-round submission loss to the Russian.

McGregor has put on a considerable amount of muscle ahead of his first return to the octagon, which he hasn't graced in over a year.

But his head coach, John Kavanagh, had no concerns about his new thicker frame having a detrimental effect on his weight cut.

He told SunSport: "No it's not [a concern]. Because I've seen him do [big weight cuts in the past].

"I think on the last check were at 75 rounds he done this training camp. I would say now, if we were to check, that we're not far off 100 rounds."

McGregor knocked out Poirier in just under two minutes in their first meeting in Las Vegas, with the win propelling him to featherweight title contender status.

The Irishman is hoping for an even more emphatic victory second time around, saying: "I will knock Dustin out inside 60 seconds."

McGregor has seen drastic improvements in Poirier since their first meeting but insists he's still not on his level.

The Notorious added: "I love Dustin, I think he's a good fighter. He's even a great fighter, you know? But great is still levels below me."

Poirier is adamant his second clash with McGregor will be different to their first and has vowed to take his rival into deep waters.

He said: "I want both of us to be bleeding and really have to dig down and see who’s the better fighter. See who really wants to be in there.

“Because I don’t have a safety net. I want to be in there, and I know that, and I’d like to find out if he does. And that’s uncomfortable.

"I’m not looking forward to getting busted open but if we can get to that point where both of us are tired and bleeding, then we can see who has more grit and more want, and I think I win that fight ten out of ten times.”