COUTINHO was denied from the penalty spot by Illan Meslier in perhaps one of the greatest double saves ever.

The Brazilian midfielder was thwarted by 22-year-old Meslier, who pulled off the pre-season heroics in Australia. 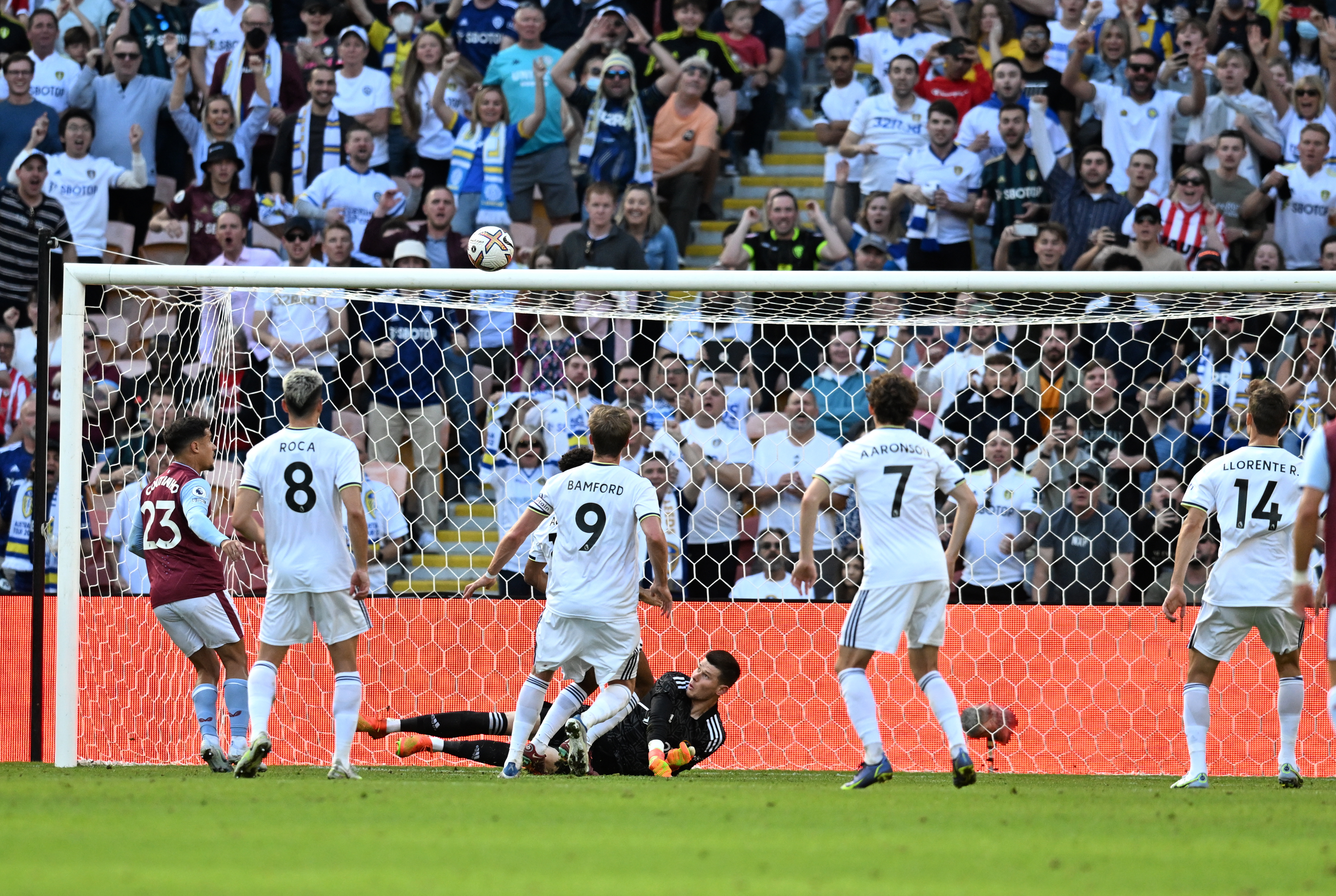 It was the one highlight for the Yorkshire side in the 1-0 defeat to Aston Villa at the Suncorp Stadium.

The Leeds No1 dived to his right but managed to fling his left hand up to save the penalty.

The ball fell straight back to Coutinho, whose follow up strike was kicked away by the Frenchman.

BT Sport posted the clip on Twitter with the caption: "Yeah…could be the greatest double-save of all-time to be fair."

There is no doubt it was a fantastic moment from young Meslier and it will give Jesse Marsch's defence a confidence boost ahead of the new term.

The shot stopper spoke to Leeds Live afterwards about denying the ex-Barcelona playmaker.

He said: "It was nice. It was a good feeling.

"Even if it's only a friendly, it was good to make a penalty save and another save from Coutinho.

UP THE TABLE WE GO

"It's good – I'm happy to just help the team in this game and I want to be ready for the start of the season."

Teenager Archie Gray was carried off on a stretcher after a horror challenge from Villa's John McGinn during the match.

The 16-year-old midfielder fell to the floor and was left writhing in pain before being helped off the pitch.

McGinn closed down academy graduate Gray as he looked to pass the ball away, and while he made contact with the ball, he followed through with his studs.

Gray instantly went down in pain, where he required a leg brace on his right foot.

“He was in some pain initially when they assessed it after the match. They’re hopeful nothing’s broken and it’s just an ankle sprain.

"We’ll see exactly the severity of it in the next couple of days, but hopefully not too bad.”