NOW the buzz has faded over his club future and with a return to Barcelona mothballed, Neymar has switched to saving Brazil team-mate Dani Alves from a sting.

Neymar made a beeline for panicky Alves when a huge insect landed on his ex-PSG pal's head –  as one of the funniest exchanges of the football season so far was caught on camera. 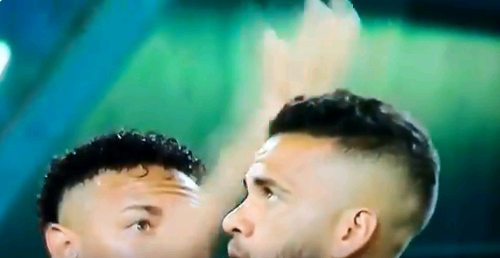 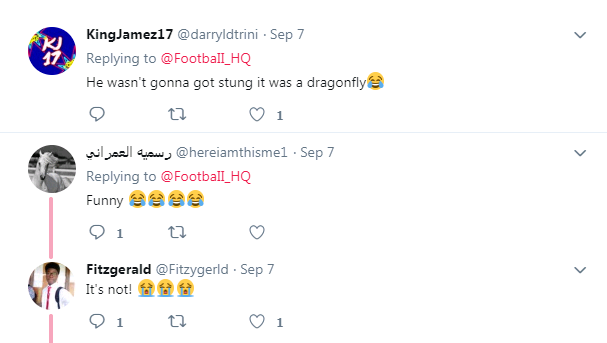 The former Nou Camp stars were training for Brazil's home clash with Peru on Wednesday when, for once, Neymar was overshadowed in the middle of the pitch for speed, positioning and balance.

A green-and-black winged wonder left Sao Paulo right-back Alves more bemused than any flankman ever has as it swooped on top of his bonce.

As Neymar, 28, gestured to a grim-faced Alves, the 36-year-old darted his head around, looking for the flying menace.

Alves finally understood Neymar's warning – which was to stay calm because an insect intruder was perched on him.

As anxious Alves stared upwards as if hypnotized, Neymar crept in to deftly flick the invader away.

Both players burst into laughter – in a moment that delighted many on social media, bugged others and sparked speculation over what the insect was.

Most fans suggested it was harmless, one saying: "He wasn't gonna got stung it was a dragonfly."

But another responded: "If he got stung then I'm sure he'll dive too."

Whatever the case, such an episode must be light relief for Neymar after a summer earwigging to see if he would be rejoining Barca, a move that could still happen in the next 12 months. 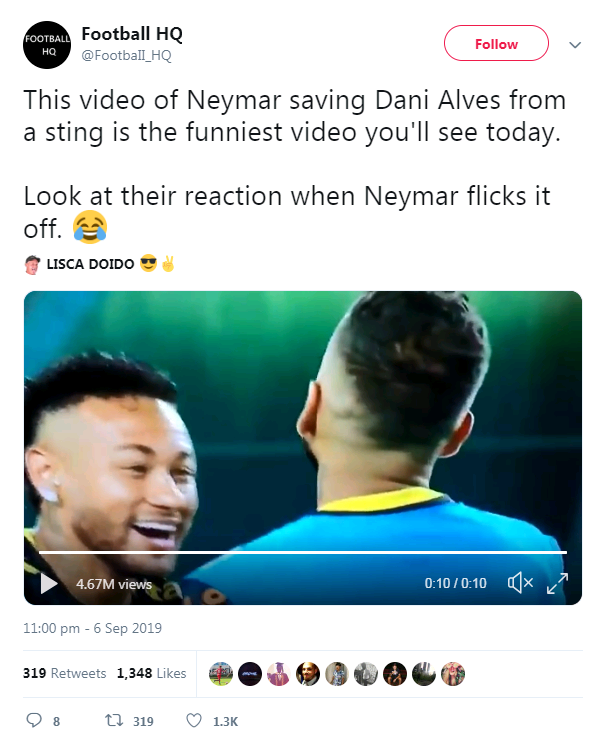