THIS is the moment a referee was forced to CHOKE an MMA fighter to get him to release a tapping opponent. 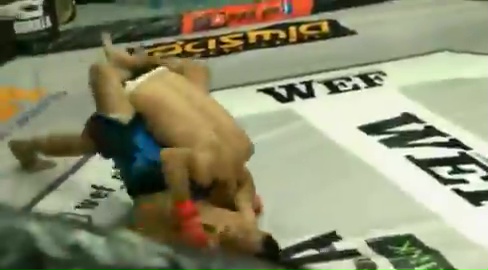 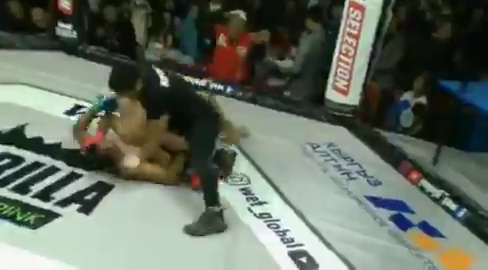 It was a very one-sided affair as Narmatov took total control in the first round.

Having stunned his opponent, Narmatov locked Saidakbarov in a guillotine choke.

The latter tried desperately to escape the pin but after a few seconds realised there was no hope.

And as the referee stepped in closer, Saidakbarov began to repeatedly tap his hand, signalling the end of the fight.

However, Narmatov, who could see and feel the tapping, did not let go.

Instead, he continued to pull hard on Saidakbarov’s neck as the referee frantically attempted to break the choke.

But in sickening scenes, Narmatov refused to relent.

And the ref was then forced to take matters into his own hands, placing both hands around Narmatov’s neck before choking him instead.

After a few seconds that seemed to drag on for ages, the fighter finally released Saidakbarov.

Narmatov then proceeded to celebrate the victory, which was surprisingly allowed to stand.

Indeed, there was no clash between the bruiser and the ref afterwards.

Nor was there any kind of punishment as Narmatov was instead crowned WEF featherweight king.

His behaviour did not go down well with viewers, with MMA Fighting’s Jed Meshew observing: “That’s the type of thing that should get you banned from the cage.

“And then the ref choked him and he STILL didn’t want to let go. That’s how people get killed.”