The O2 in London had just been treated to a boxing masterclass when Lomachenko defeated courageous Brit Campbell over 12 rounds. 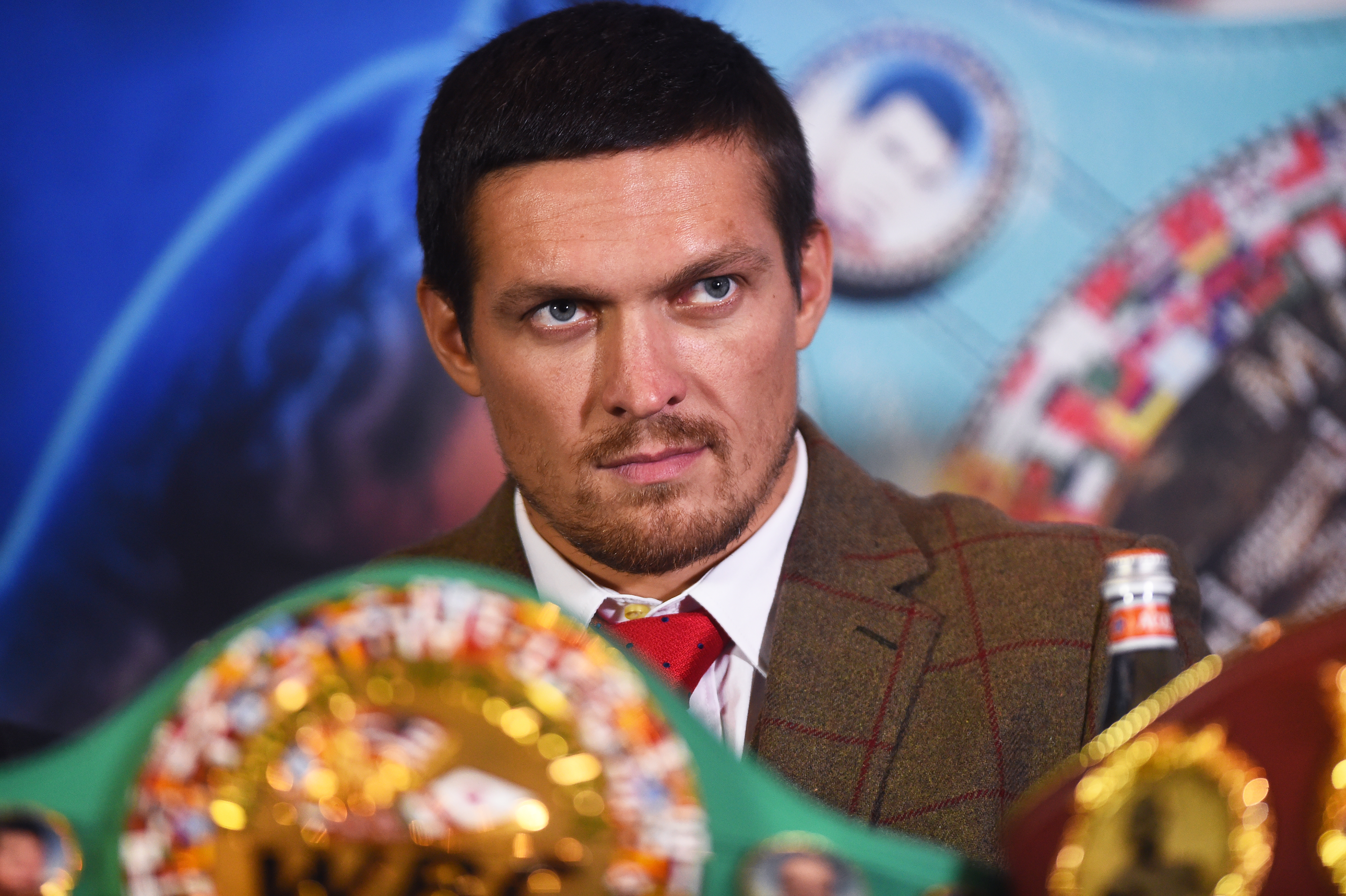 It meant the pound-for-pound best boxer in the world added add the WBC lightweight title to his WBA and WBO belts.

As Arum was speaking to Sky Sports about what's next for the champ, his countryman and fellow fighter Usyk took his moment to shine.

He entered the ring to present the WBC belt to the victor, but not before giving a somewhat frightening look to the camera.

Usyk, who makes his heavyweight debut on October 12 in Chicago, stares wide-eyed into the lens before cracking a sinister smile and holding aloft Loma's new belt.

The Ukrainian is a former unified cruiserweight champ and regarded as one of the best boxers in the world.

Undefeated in 16 fights, he has decided to move up in weight and fancies fighting the winner of the Anthony Joshua vs Andy Ruiz Jr rematch.

Campbell's brave bid to topple Lomachenko, 31, ended in heartache as the Ukrainian retained his world titles with a clinical performance.

Campbell was knocked down in the 11th round and, in the end, was grateful for the final bell as he dropped a unanimous decision by two scores of 119-108 and one of 118-109 at London's O2 Arena.

While the judges' scorecards were arguably a little harsh on the Hull fighter, Lomachenko underlined just why he is regarded as the best pound-for-pound fighter on the planet as he took another step towards becoming the undisputed champion in the 135lb division.

Only IBF titlist Richard Commey stands in the way of the 31-year-old southpaw realising his aim of holding all four major belts at the weight after he chalked up the 14th victory of a glittering 15-fight professional career that has already seen him win belts at featherweight and super-featherweight.

Despite suffering the third defeat of his career in the paid ranks, Campbell had his moments in an absorbing contest and may actually find his stock has risen by taking his vaunted opponent the full 12 rounds for only the fifth time.

Ultimately, though, Lomachenko's movement, with his dazzling footwork and hand speed a particular highlight, proved too much for Campbell to handle, who seemed to be saved by the bell at the end of the fifth round.