The shocking clip left viewers at home wincing before the Golden State Warriors star was helped off the court. 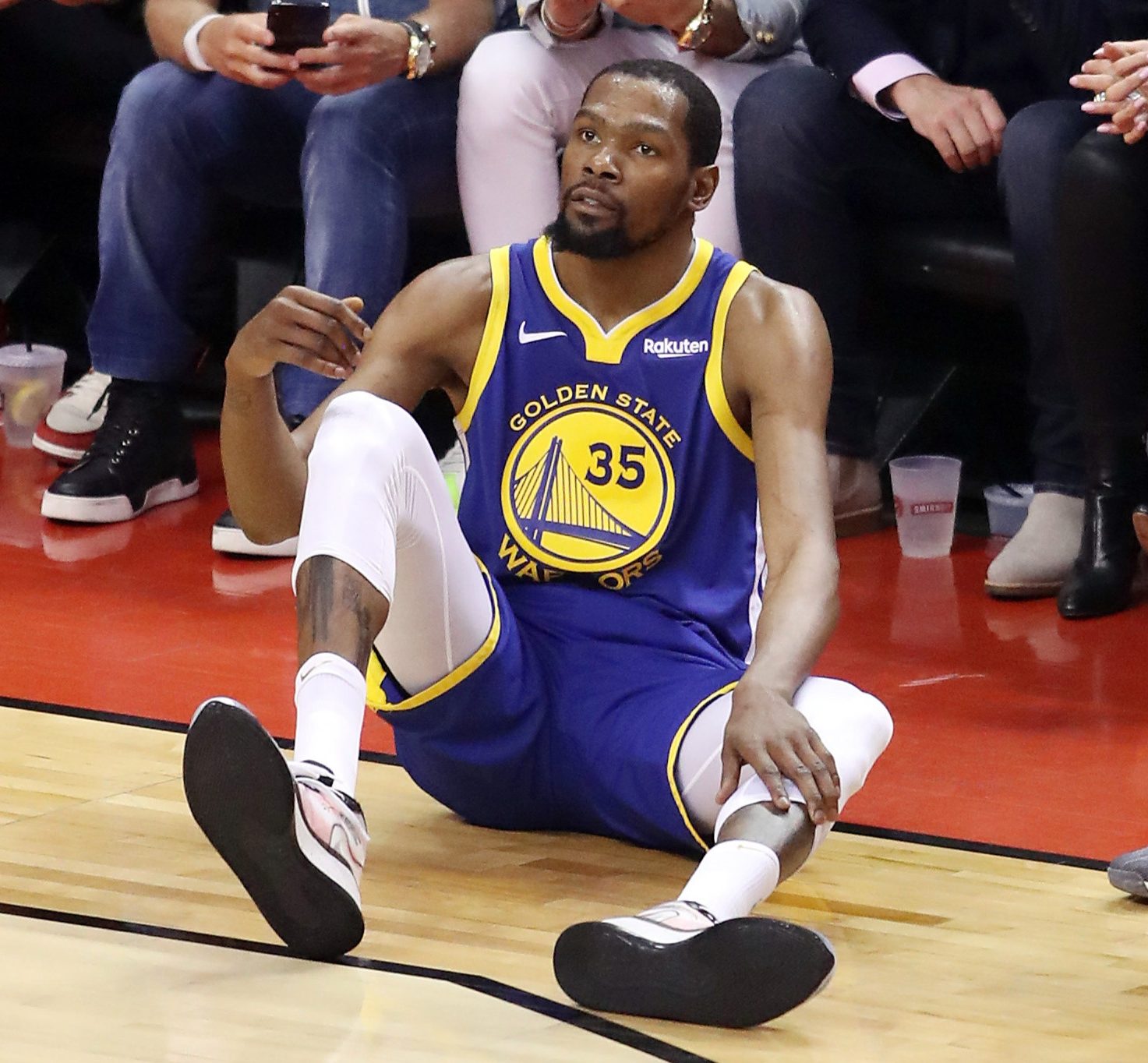 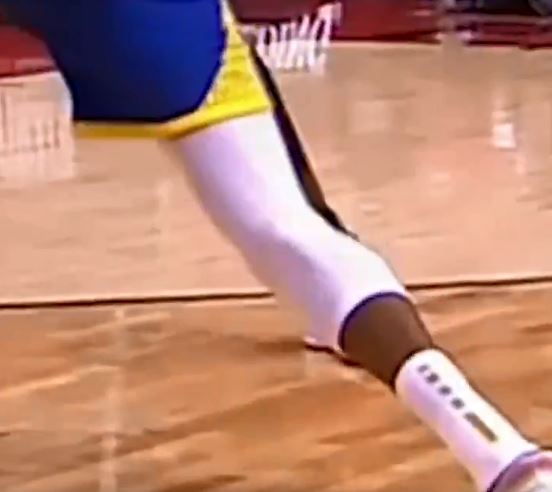 Durant, 30, will undergo an MRI scan today to find out the extent of the damage sustained against Toronto Raptors in Game 5 of the finals.

The small forward's leg muscle visibly moved as he tried to complete a dribble on the right wing.

As he made the crossover, he fell to the floor and clutched the back of his right leg – with some reports suggesting it is an Achilles injury the star has suffered.

Durant was taken into the dressing room after rap star Drake passed on his condolences courtside and was later snapped on crutches at the Scotiabank Arena in Toronto.

But some Raptors supporters showed complete disrespect for the 2014 MVP winner, cheering and jeering him as he made his way off during the second quarter before some Toronto players urged them to stop.

Despite only just returning from a month out with a calf injury, Durant was brought back into the side as the Warriors know they must overturn a 3-1 deficit and win the final four games of the final to be crowned NBA champions again.

He had helped himself to 11 points – nine of which came from three-pointers – before agony struck again.

But despite losing one of their star players, the Warriors kept their slim title chances alive by running out 106-105 winners, cutting the Raptors' lead to 3-2.

The Canadian side were cheered on by Drake and also tennis beauty Eugenie Bouchard but Stephen Curry and Klay Thompson's late flurry ensured the celebrities' evening would end in disappointment.

I don't believe there's anybody to blame, but I understand in this world and if you have to, you can blame me.

Warriors general manager Bob Myers admitted if someone needed to be blamed for the injury, he would willingly be the person take the flak.

Myers said: "He's one of the most misunderstood people. He's a good team-mate, he's a good person, it's not fair. I'm lucky to know him.

"I don't have all the information on what really the extent of what it all means until we get an MRI, but the people that worked with him and cleared him are good people, they're good people.

"I don't believe there's anybody to blame, but I understand in this world and if you have to, you can blame me.

"I run our basketball operations department. And to tell you something about Kevin Durant, Kevin Durant loves to play basketball, and the people that questioned whether he wanted to get back to this team were wrong."

Curry lauded his team-mate and ensured the Golden State Warriors will do all they can to win the title for Durant.

He said: "He gave us what he had. He went out there and sacrificed his body.

"I just feel so bad for him. Nobody should have to go through something like that."

And hero Thompson said: "It sucks. I feel so bad for him, his camp.

"He's going to come back stronger though. That's the kind of fighter he is and I'm going to miss him, man.

"It's not the same being out there without him. We do it for Kevin." 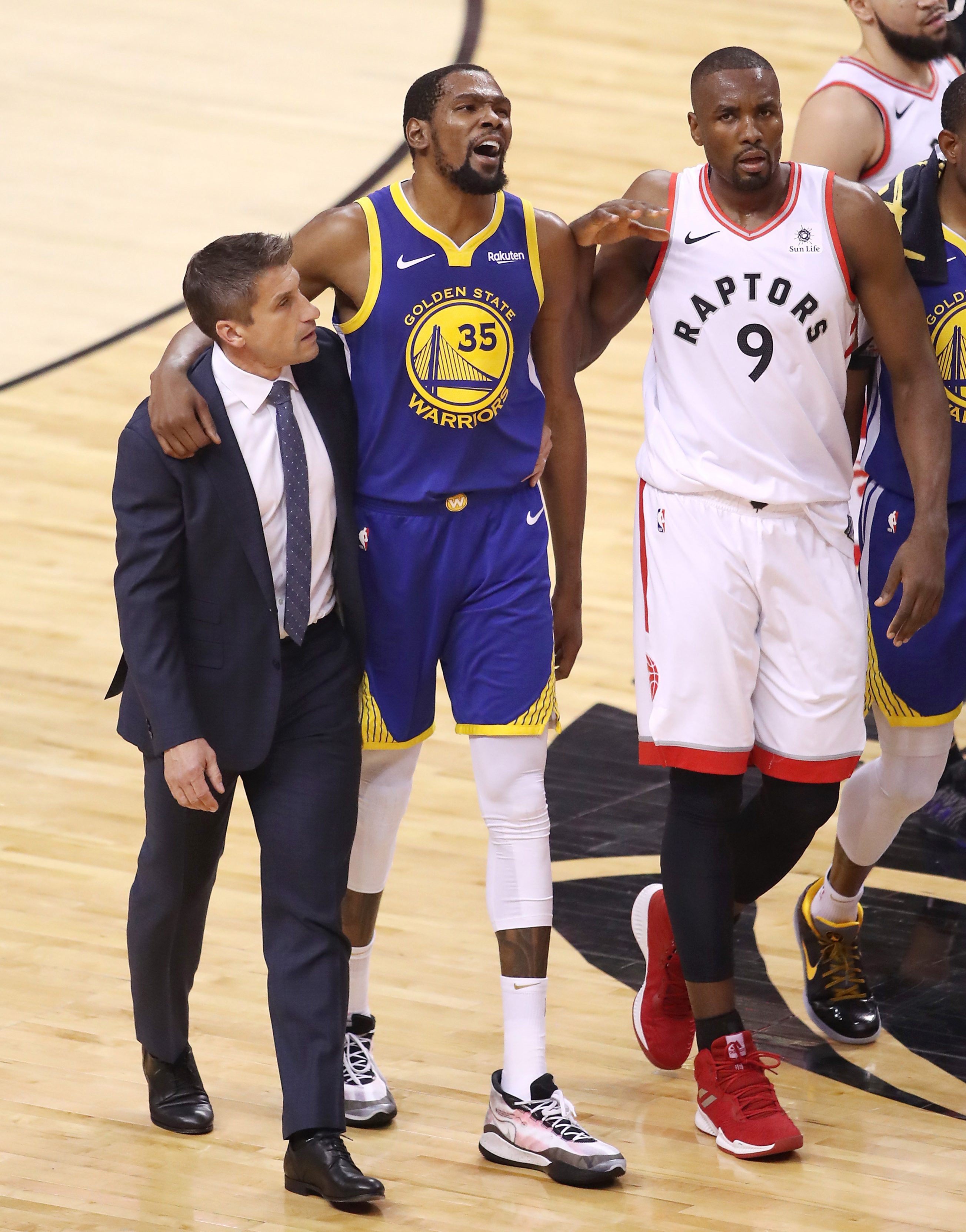 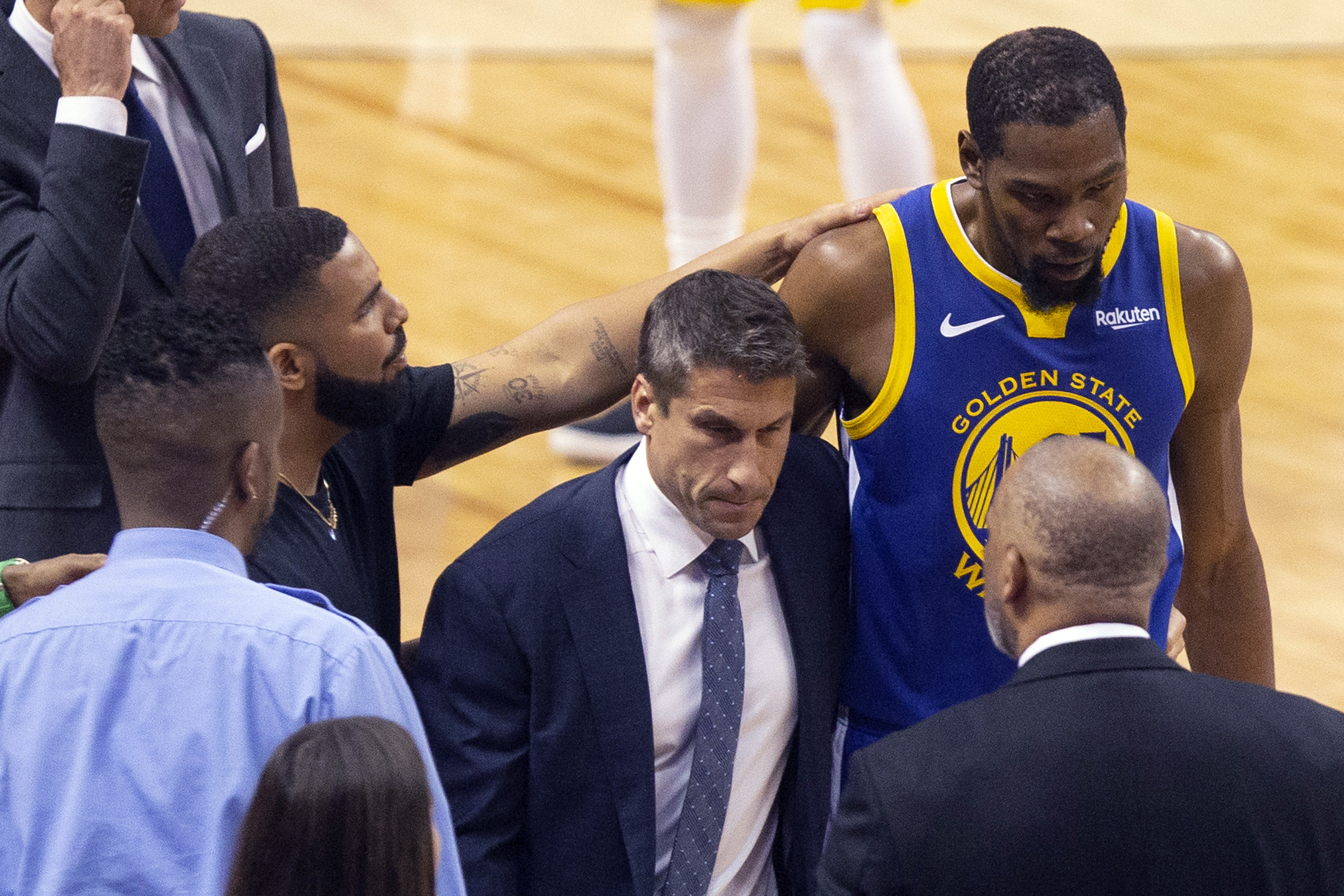