TOMMY FURY'S slick defence has been revealed in leaked sparring footage ahead of his fight with Jake Paul. 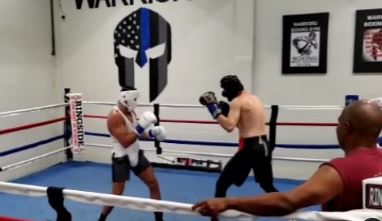 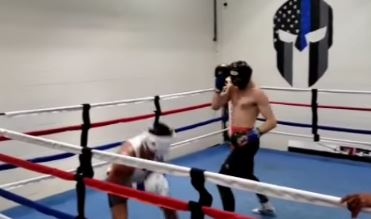 And a clip of Fury sparring 6ft 7in unbeaten cruiserweight Andrey Mangushev has recently being doing the rounds on social media and YouTube.

But the video is believed to be old, and may have been taken when the 2019 Love Islander was in America with brother Tyson in the summer.

Nevertheless, Fury's defensive skills, slipping and parrying punches, as well as countering, were on full display.

Mangushev, based in Miami and 5-0, is a lot taller and experienced than Paul, and his promotional team Warriors Boxing appear to have released the footage.

Fury, 22, was in Florida with brother Tyson in the summer and returned to England and beat Jordan Grant in June.

In his next fight, he beat Paul's sparring partner Anthony Taylor, the night the social media star won against ex-UFC champion Tyron Woodley, 39.

It set the pair up for their celebrity grudge match, but Fury has been based in Morecambe where he is being trained by Tyson.

And his sparring has all been under the watchful eye on the Gypsy King, in their private gym.

Meanwhile, Paul, 24, has been preparing for the second time in a row in Puerto Rico.

He is currently 4-0, with prior wins over YouTuber 'AnEsonGib', ex-NBA player Nate Robinson, 37, and retired UFC welterweight Ben Askren, also 37.

Fury, who is 7-0, is usually coached and cornered by his dad John, but the father is unable to travel Stateside due to a prior criminal conviction.

It means Tyson, 33, and his trainer Sugarhill Steward are set to lead the charge come fight night.

Fury was in Las Vegas withSugarhill but was forced to fly back due to a family emergency.

He will now remain in the UK until the final two weeks where he will link up withSugarhill once more.

The trainer told iFL TV: "He's in good hands with trainer T over there. Any fighter I train can train other fighters, that's just the way I teach it.

"He's ok with Tyson over there. I'll see those guys when they come over to the US, which is probably 10 or 11 days prior to the fight.

"We'll put this all together then it's knockout time baby." 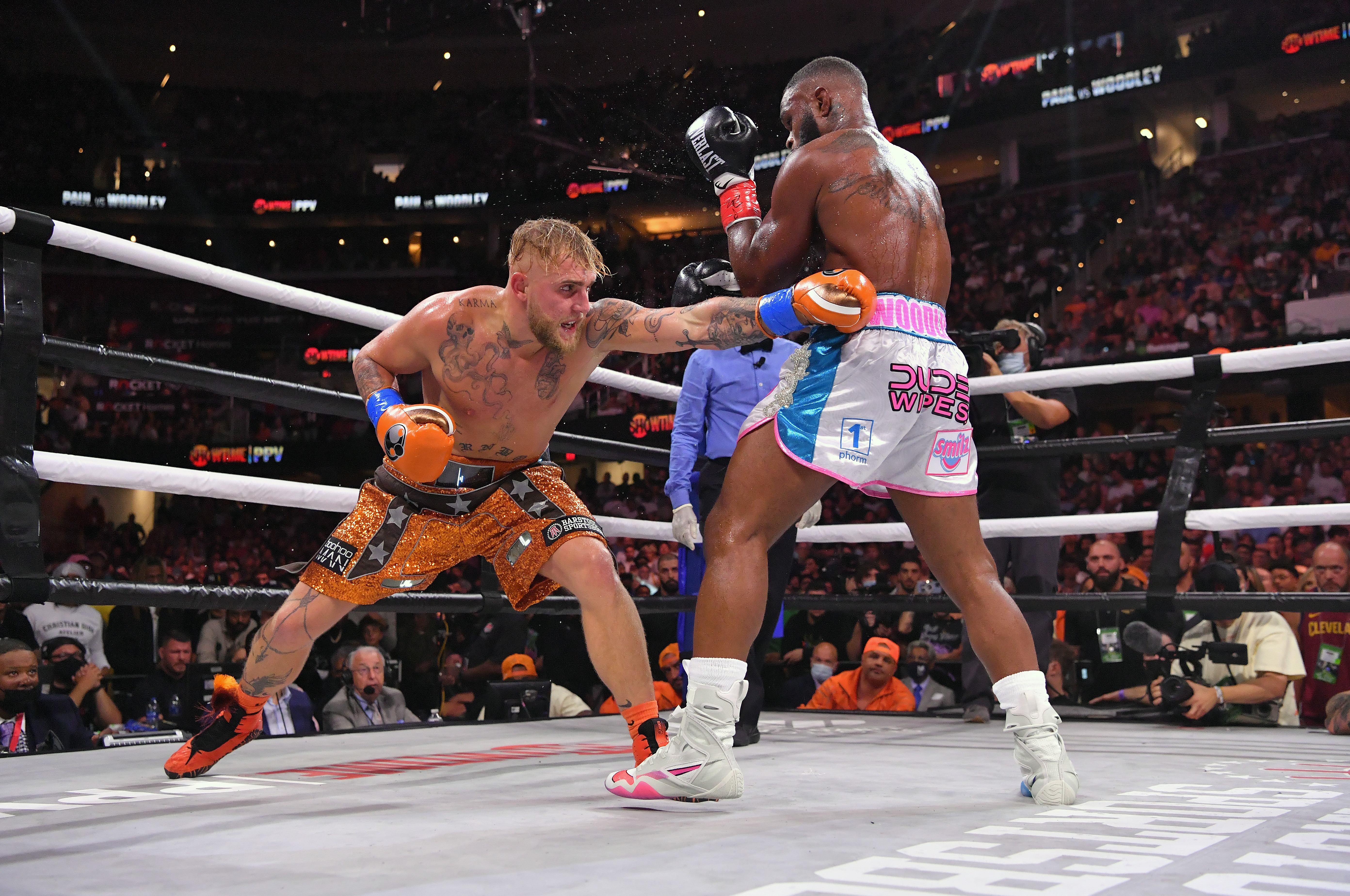 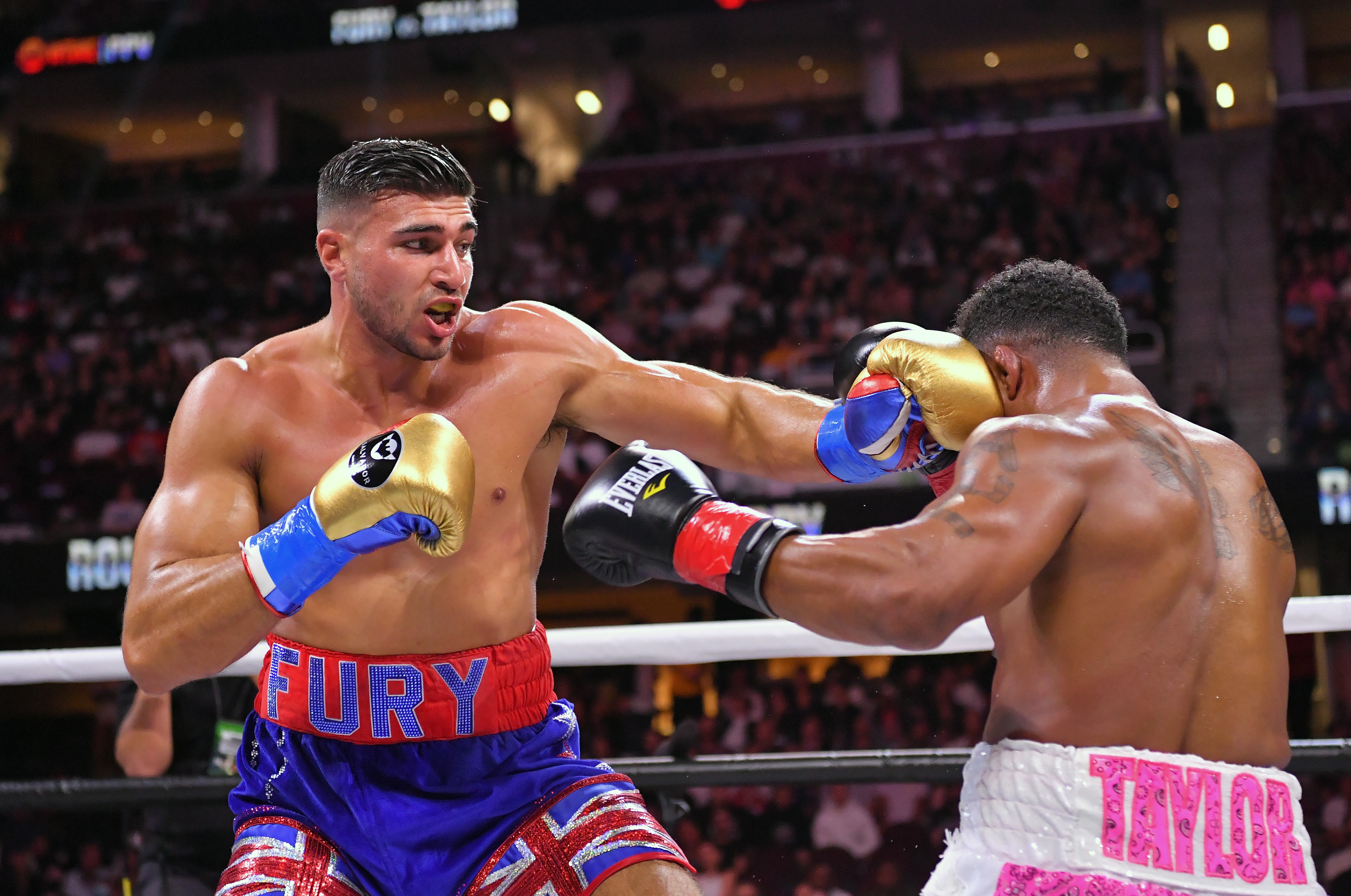