In a hilarious video posted on Tyson's socials, Fury senior was seen attempting to eat ten of the chocolates in under a minute to eclipse the current Guinness World Record. 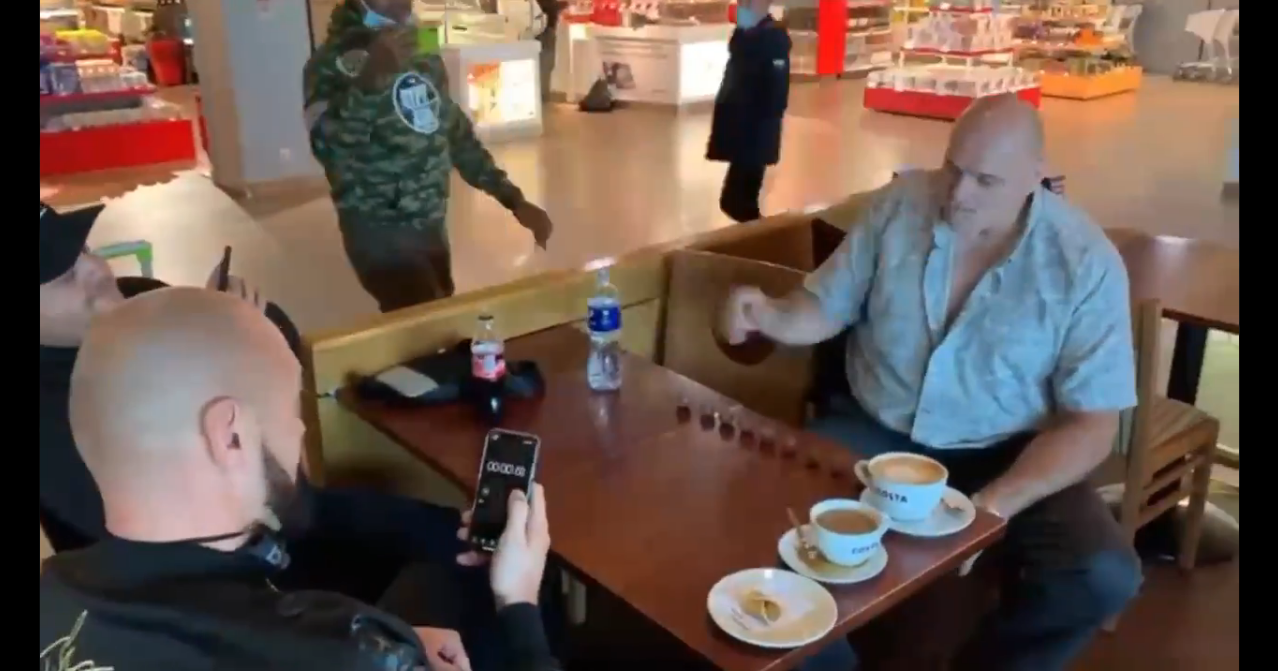 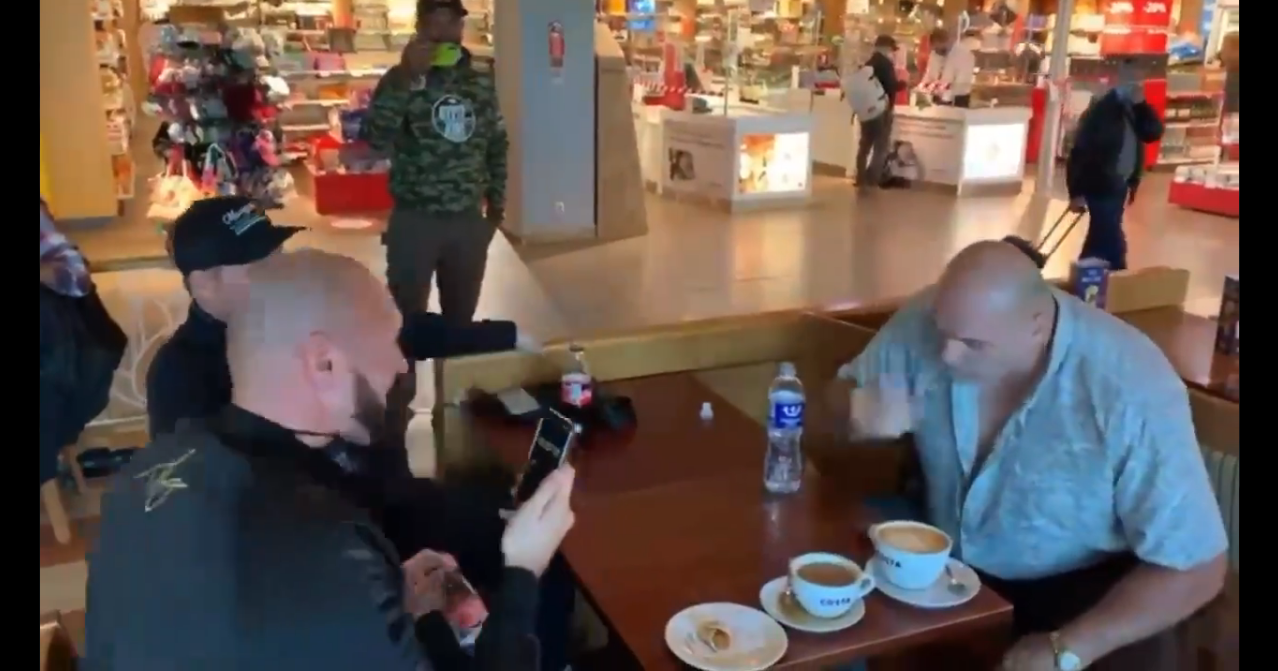 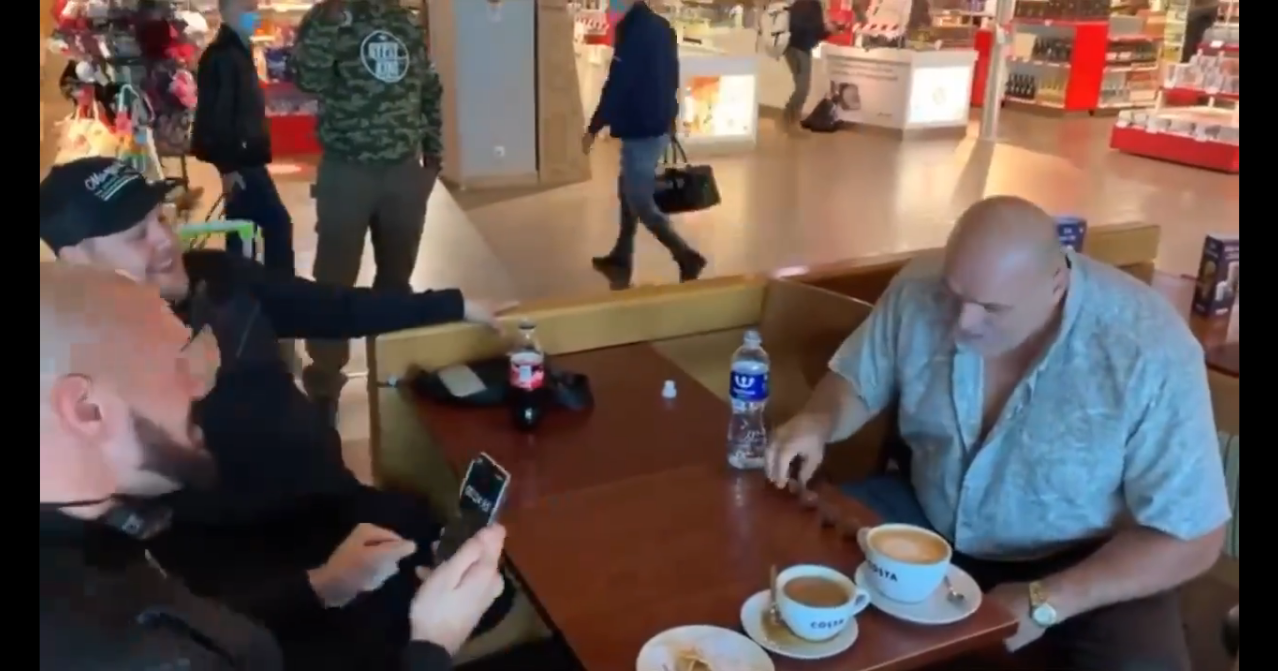 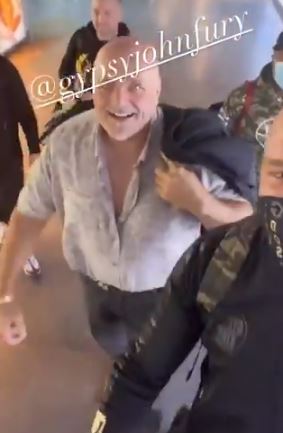 In what appeared to be an unofficial attempt at the record set in 2012, John Fury finished his tenth piece of chocolate after 54.94 seconds.

The 56-year-old was chuffed to bits with his champion eating efforts, raising both his hands aloft in celebration before high-fiving his son and coach SugarHill Steward.

He said: "I said I was good at something.

"I've won the world title at something!"

And in typical boxing fashion, 32-year-old Tyson even gave dad John a proper introduction after blitzing the existing record of nine with five seconds to spare.

He added: "And the new world record holder Ferrero Rocher from the United Kingdom… John Fury!"

The Fury clan found a novel way to pass the time in the airport after travelling to Latvia.

The Gypsy King was supporting his cousin Hosea Burton for his WBO European light-heavyweight title fight against Ricards Bolotniks. 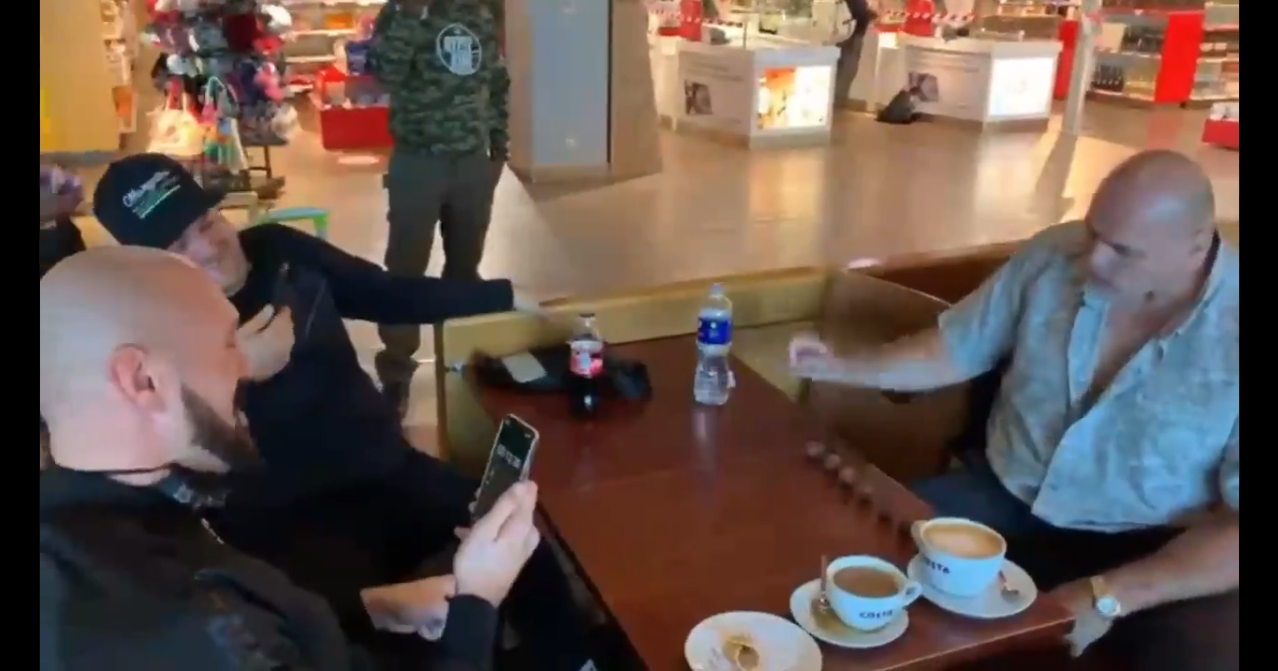 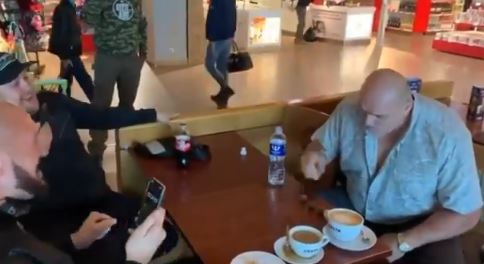 But despite some ferocious family backing Burton was defeated via unanimous decision.

And Tyson is unlikely to be following in his dad's competitive eating footsteps as he gears up for a trilogy fight with Deontay Wilder.

Promoter Bob Arum is hopeful Fury can step into the ring with The Bronze Bomber in December and the Englishman is working on his brutal hooks in training.