WAYNE Rooney banished two party girls from a room in their apartment to stop them filming him during his drunken night out.

New video footage shows the women — stuck on a bed — laughing into camera as they tell how the England legend banned them from entering the room with their phones. 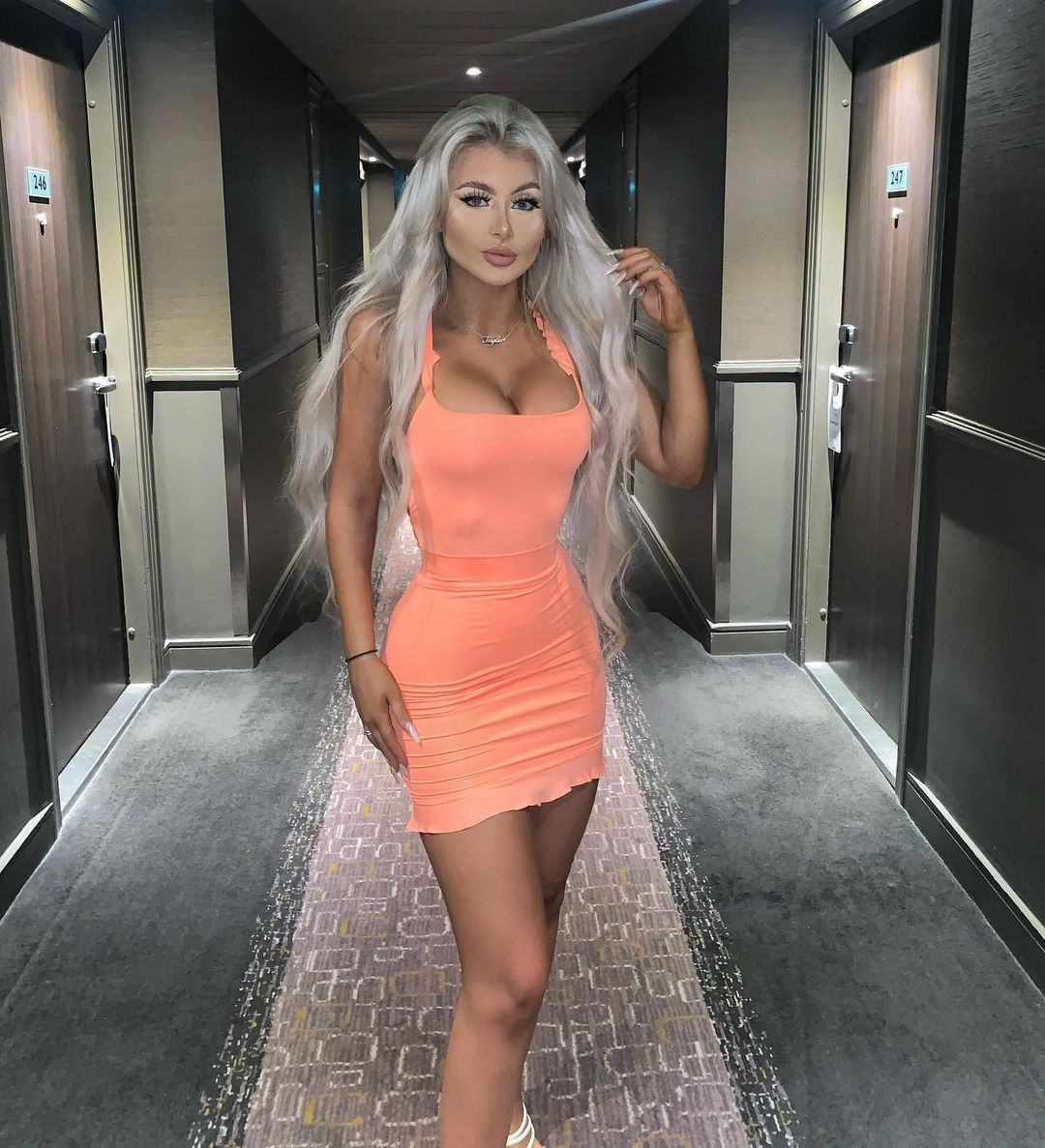 A third female party-goer believed to be staying with the pair was — like dad-of-four Wayne — not in view.

The recording raises fresh questions over what the former Manchester United ace, 35, was doing in their apartment in the early hours of last Sunday morning. There is no suggestion of any sexual contact between Rooney and the women in the photos that have emerged today.

In the clip, Snapchat model Tayler Ryan, 21, says: “Guys we’ve brought Wayne Rooney to our apartment and now he won’t let us take photos of him. Wayne Rooney’s in there.

“We’re lying in bed because if we go in there we’re not allowed our phones, apparently. We’re not allowed to take photos and I said I want my phone so he said, ‘Get out’.”

The footage was taken by Tayler and her pal — thought to be Elise Melvin, 21 — who had met Rooney at Manchester nightspot Chinawhite.

A third girl was also staying with them at the £60-a-night Staycity Manchester Piccadilly apartments.

It comes as we can reveal Rooney, who married Coleen in 2008, fears footage of another night out with pals could emerge.

A source said: “Wayne’s now worried people will post stuff from earlier nights out. Last weekend was bad enough but Coleen accepts he did nothing wrong. He’s hoping they can move on.”

Derby County manager Rooney had gone to Chinawhite last Saturday with two male friends after his side had lost a pre-season friendly to League Two side Salford City.

They were joined in the VIP area by Tayler, Elise and a group of their friends who all come from Barrow-in-Furness, Cumbria.

A nightclub snap shows Rooney close to a blonde. Another shows him sitting on a sofa with Tayler, whose face has the word “cute” peppered over it by a Snapchat filter.

At 5.15am, he was seen walking back to Staycity, with a hoodie pulled over his head and Tayler and another girl walking behind him. Once at the apartment, Rooney fell asleep after apparently barring the girls.

When they re-entered the room, one flashed her bottom in a snap beside the former ace. The picture was captioned “Mooney Rooney”. 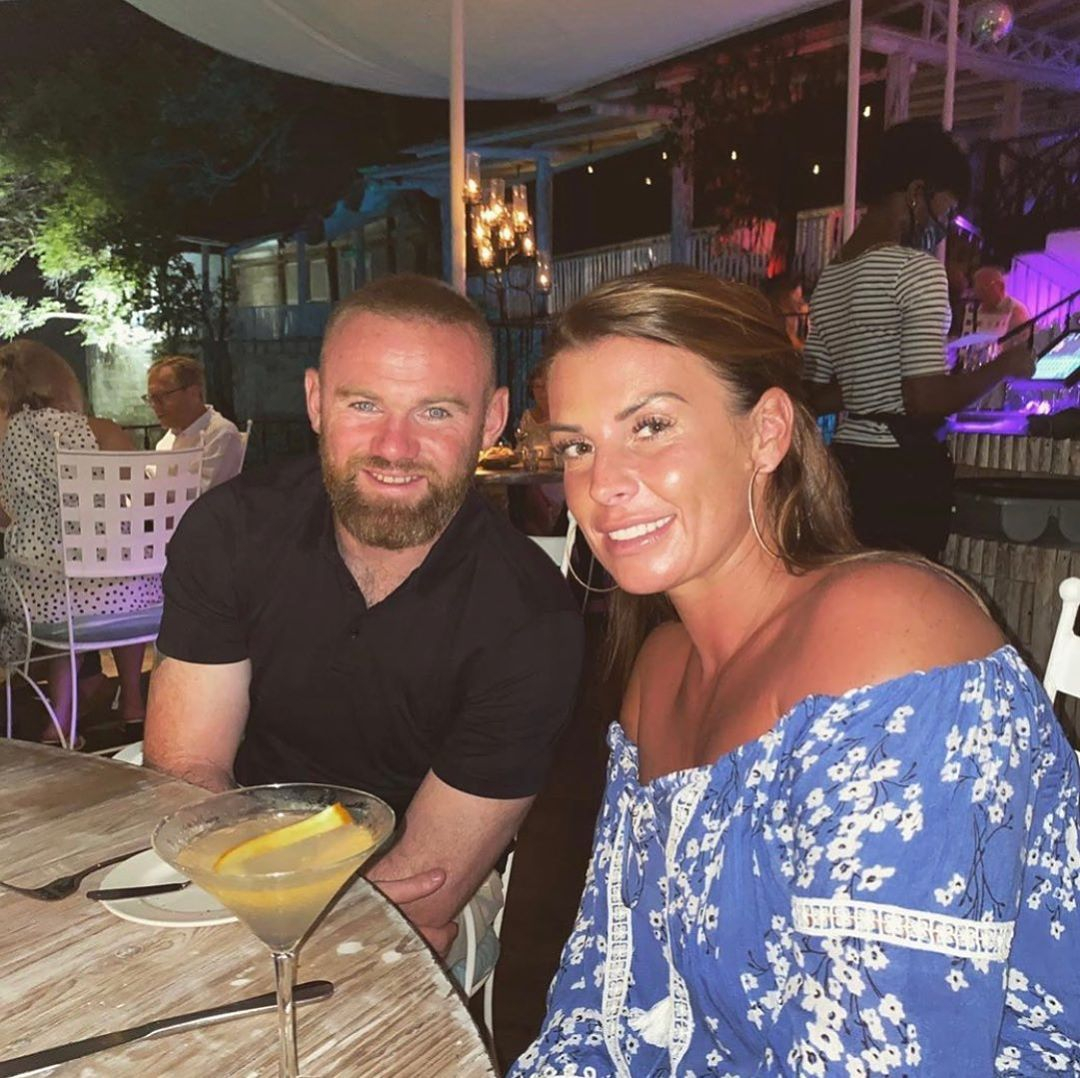 Another photo saw one of the girls making a peace sign next to the snoozing superstar in a picture they titled “sleepy Wayne”. Another of the pals was seen lying on a bed in a basque as Rooney dozed. A further picture showed him sitting next to a friend at the apartment holding a glass of wine.

There is no suggestion of any sexual contact between Rooney and the women in the photos that emerged. After waking, Rooney, who lives in Knutsford, Cheshire, with Coleen and their four sons, called a pal who picked him up early on Sunday.

The girls were seen leaving at 12.30pm after their Snapchat images had gone viral. Coleen, 35, was on a holiday in Abersoch, North Wales, with the couple’s sons, Kai, 11, Klay, eight, Kit, five, and three-year-old Cass while Rooney partied.

Sources said he was in touch with his wife during the evening. One said: “She was fine with what happened last weekend and thinks he was set up after being a bit stupid.

“However, the fear among Wayne’s people is often what happens when Coleen goes away — that is when he tends to drink too much and get himself into scrapes.”

Coleen was also on holiday when Rooney was caught drink-driving in Cheshire in 2017. He was pulled over with party girl Laura Simpson.

In January 2019, Rooney, who was then playing in the US, was arrested for being drunk in public when he set off a security door alarm at an airport after a booze and sleeping pill mix left him “disorientated”.

Less than two months later, he had a cosy chat with barmaid Vicki Rosiek after a ten-hour bender and got into a car with her alone. She drove him to another bar after Rooney had been out while on a pre-season training camp in Florida.

But he is said to have vowed to long-suffering Coleen that he would avoid drunken scandals after moving back to England in 2020.

Rooney apologised after his night with the party girls last weekend.

He said: “I made a mistake. I went to a private party with two of my friends. I’d like to apologise to my family and the club for the images which have been going around.”

He also admitted he felt like a victim because he was photographed while he slept but he said: “I don’t really want to go into that.” 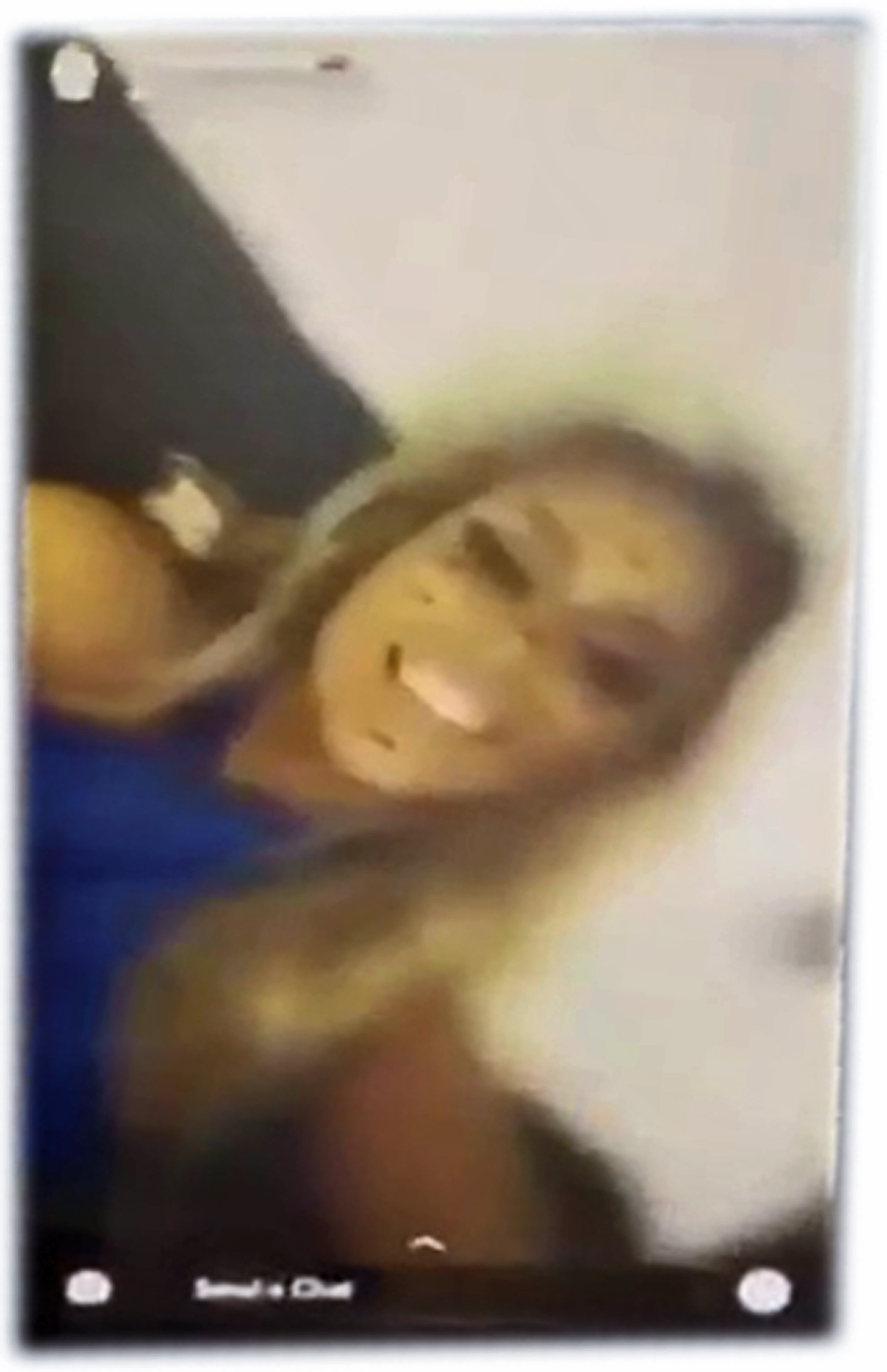 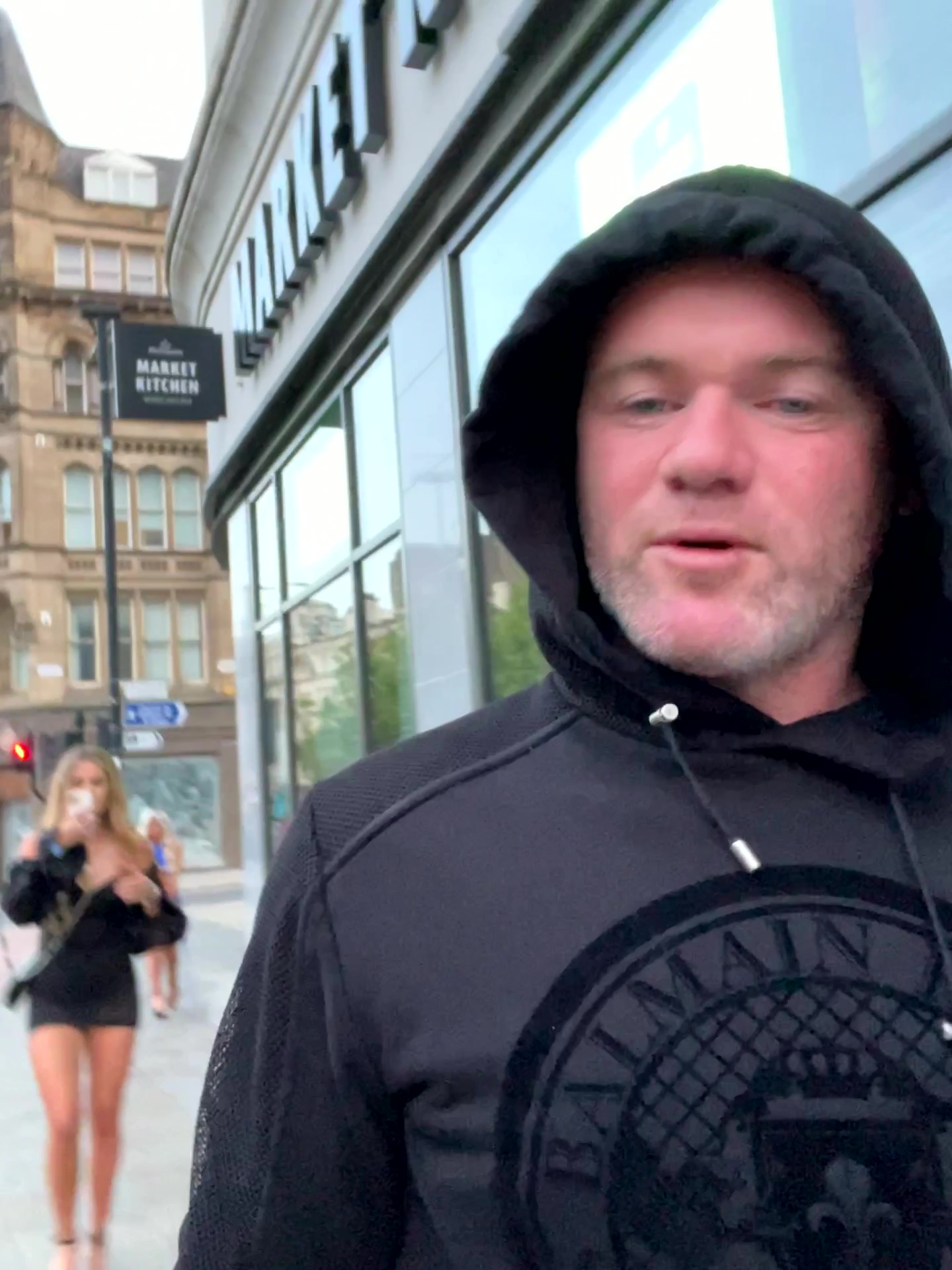 The women, meanwhile, apologised for their actions and sold the copyright to the circulated pictures to Rooney’s lawyers for £1. England’s record goalscorer had earlier complained to police, citing blackmail, but they decided no crime had been committed.

After the women said sorry, a spokesman for Rooney said: “The three girls who took the photographs contacted Wayne’s lawyers and volunteered to hand over all pictures that were taken that night and the copyrights in them.

“They have also, at their own suggestion, made a written apology to him for the events that took place and the embarrassment caused.

“These were three decent young women who went for a night out. They did not expect Wayne to end up in their company and are remorseful about how things turned out with the pictures.

“They got carried away and did something they later regretted. They didn’t expect it to end up in the mainstream media after it was posted on social media and decided to take steps to put things right.

“It would be wrong to say no money changed hands because when a contract is drawn up there must be a sum and in this case it was a nominal £1. They have fulsomely apologised because they wanted to do what they saw as the right thing and draw a line under the matter.”

I WAS in the football world for nearly six years. I have seen what footballers and women are like.

I have seen women throwing themselves at footballers — girls are thirsty for these guys. But if you are in a relationship or married, there is no excuse for behaviour like this.

I know I wouldn’t be happy if I saw pictures of my man kissing someone else, or back at an apartment with other women when clearly drunk. Wayne should have had more sense. But he’s shown, several times now, that he doesn’t have a lot!

Footballers lose a grip on reality — they have so many “yes” people around. They don’t care what they do, who they hurt. And they know there is usually someone to clean up their mess.

Coleen has seen Wayne cheat on her with prostitutes and get caught drink-driving while with another woman. Now there is this.

You have to respect yourself. He is disrespecting her and she should walk away.

I think she should see sense and leave him because no woman deserves to be treated like this. She is setting a shocking example for other women.

Maybe they have an agreement that we don’t know about.

Perhaps she stays because they have children and wants her children to grow up in a house with their dad.

But there comes a point where you have to respect yourself. He is disrespecting her and she should walk away.

Just because somebody has money it is as if they get away with anything. And you have to wonder if he is truly happy. There are clearly issues there. This can’t be ignored.

I don’t blame Coleen for staying away on holiday. I know I wouldn’t want to go back home and go over his mistakes yet again. Surely there comes a point when you say enough is enough.

COLEEN is absolutely right to stay with Wayne. I think it’s obvious how much they love each other and they’re a really tight unit.

They’ve been together so long and been through a lot, so it would be such a shame to throw it all away.

They were both so young when they got together and they’ve both had to do their growing up in the public eye — and it just so happens that their mistakes have been played out for the whole world to see.

She doesn’t stay with him for the money or the lifestyle because, if they were to divorce, he’d have to look after her and she’d be financially stable.

She could have the nannies and the holidays, no matter what.

There are so many girls out there who will see an opportunity to sell a story and make some cash and take it with both hands.

The reason she’s with him is because family is really important to her.

You can tell how much they love their boys and they come across as good parents.

I’m sure she’s fuming with him because of this latest incident.

But I truly believe that he was set up. There are so many girls out there who will see an opportunity to sell a story and make some cash and take it with both hands.

Social media has made things worse as it’s so easy for anything to be put online — and suddenly you’re famous!

However, Wayne needs to stop putting himself into these situations.

He needs to be much more aware about how much he’s drinking as it’s when he’s had a beer that things seem to get out of hand for him.

But they are decisions for him to make. Coleen can’t tie him to a ball and chain. I think she is a strong woman and I imagine she’s had very strong words with him.

I feel sorry for him this time as I’m sure he’s mortified. I really hope that they can get through this and stay together.