WEST HAM fans have been BANNED from attending the club's away trip to Rapid Vienna after 'crowd disturbances' against Genk.

The Hammers have also been hit with a £25,000 by Uefa, who have banned them from selling away tickets for their next Europa League match. 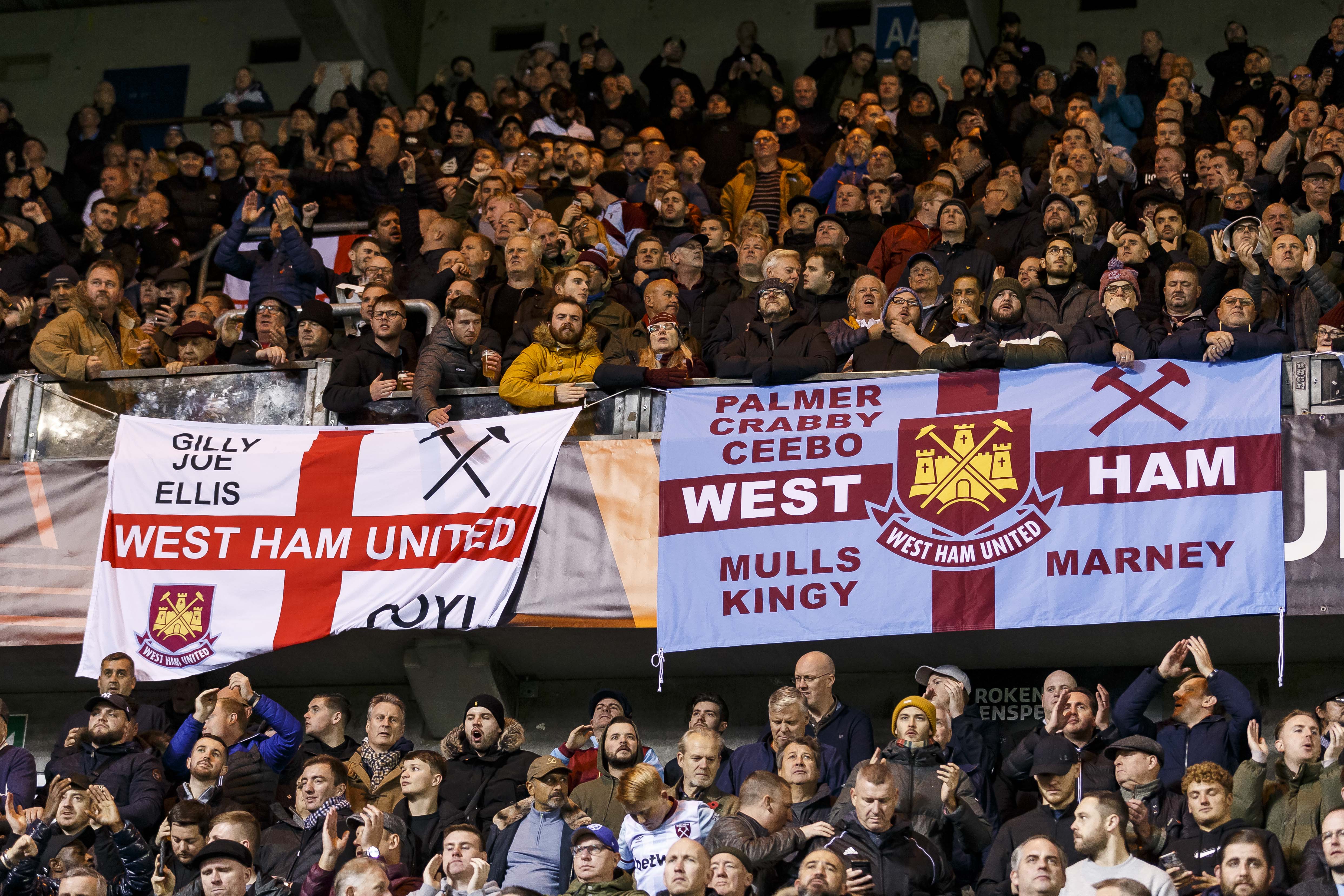 A Said Benrahma double looked to have put West Ham on the way to an away win in Belgium.

But then a late Tomas Soucek own goal meant the points were shared.

A flare was thrown onto the pitch afterBenrahma second, which has cost West Ham £3,800.

But the other £25,000 penalty is following 'crowd disturbances' in the match, Uefa announced.

On West Ham's website, it says the away tickets for the trip to Rapid Vienna are sold out.

But Uefa have now prohibited away fans from attending the European clash in Austria.

One Hammers fan lost his FINGER in a gruesome accident in Genk.

A video showed the end of the finger on the other side of a railing in the away end, with the apparent victim nowhere to be seen.

Fellow fans were heard urging stewards to put it on ice – with some claiming it took up to ten minutes for them to act.

It is understood the unhappy Hammer later received medical attention.

Witnesses in the away end believe the horror incident happened after Benrahma had scored the second goal on 82 minutes.

Fans were seen banging their hands against the metal fences during wild celebrations.