Why perfect Pele tops my list of the greatest ever

JEFF POWELL: Why perfect Pele tops my list of the greatest ever – let us pray that his passing puts to bed once and for all the absurd argument about whether he is the GOAT

Let us pray for the soul of Pele but also that his passing puts to bed once and for all the absurd argument about whether he is the greatest footballer of all time.

Edson Arantes do Nascimento, as he was born, stands as high and mightily above all pretenders to his kingdom as the statue of Christ the Redeemer now bathed in the yellow and green as it looks down upon the fabled beaches of Rio.

The hour has come for the Leo Luvvies and Cristiano Crazies to come to terms with the true history of the beautiful game. 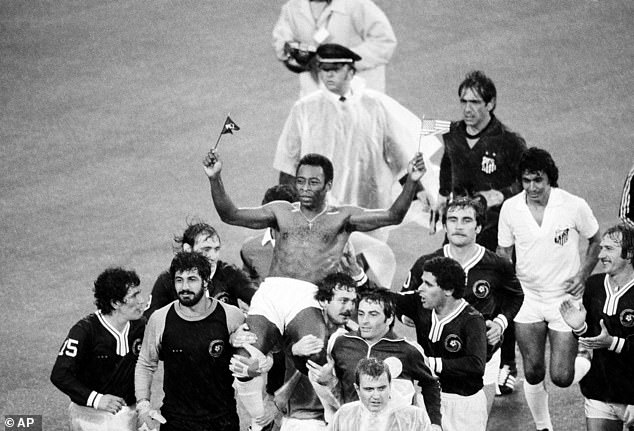 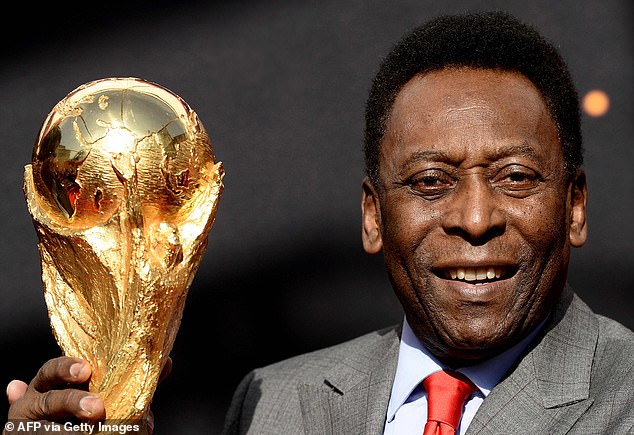 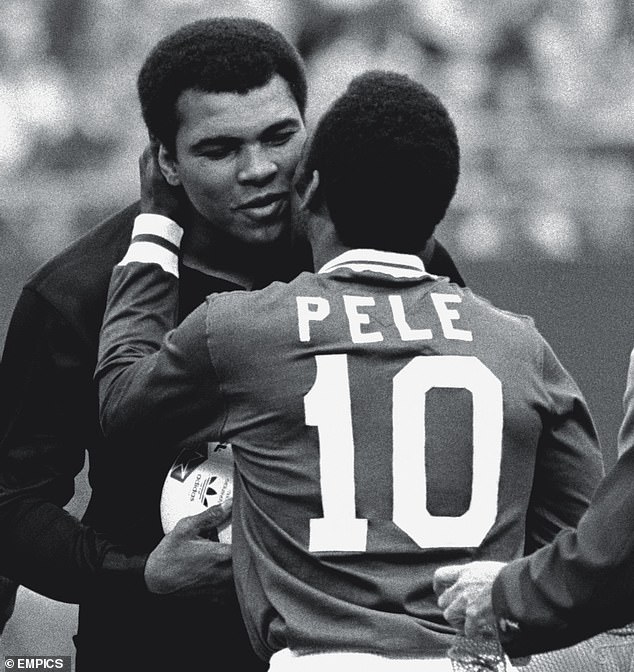 Along with American boxer Muhammad Ali (left), he is one of the most iconic sportsmen ever

Football as a religion in Brazil has converted the world and Pele is its god. Messi, Ronaldo and all other names of legend are his disciples. They have strutted their hours upon the greatest stage in sport but Pele was transcendental.

He transformed football into the one and only universal game. He did so by raising the World Cup above the Olympics as sport’s supreme spectacle. That is why he stands atop my proper reckoning of the top 10 players ever.

As with my calibrating of the all-time teams, there is a need for some defensive balance while leaving space for as many of the superstars as possible.

The three World Cups and the thousand goals do it for Pele. Just as magical as Leo Messi on the ball, unstoppable strike force reinforced by raw courage, totally two-footed, phenomenal in the air, and a MENSA intelligence.

In short, the complete footballer. Alone in his absolute perfection. The GOAT.

Messi has ascended at last to football’s celestial rostrum, his elevation authenticated in the most scintillating of all World Cup finals this year. But this genius of his generation, is third in history.

One behind his iconic Argentinian brother in golden boots Diego Maradona, who adorned similar artistry to Messi with dynamic after-burners of physical power and electrifying pace over long as well as short distances.

For younger readers, here are a few insights into some of the other immortal names. Garrincha is regarded by millions of Brazilians as even greater than Pele and his mesmeric conjuring of a football did have the more direct impact on most of their World Cup wins. 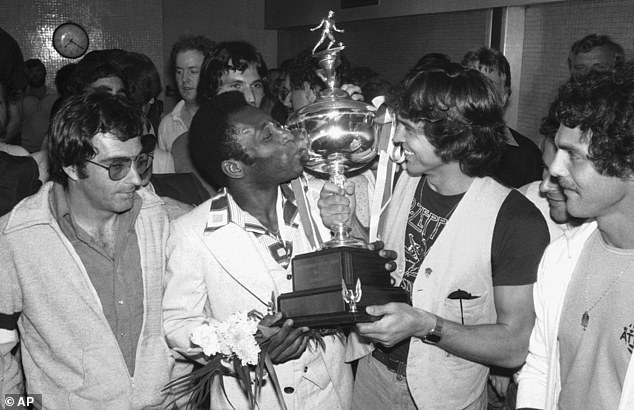 His 1,279 goals in 1,363 games, including friendlies, is recognised as a Guinness World Record

Alfredo Di Stefano, the third almighty Argentine, orchestrated from midfield the greatest of all club teams — that first incarnation of Real Madrid. Johan Cruyff was the embodiment of the Total Football played by Holland’s golden generation.

John Charles was a colossus, as majestic at centre forward as he was monumental at centre half. I was honoured by a close-up view of his magnificence when playing with him in a testimonial match one wet night in Reading.

Towards the end, Rod Stewart went haring down the right wing. As his long, high cross came looping over I found myself in space at the far post, expecting the ball to clear the melee in the penalty area and fall to me as a chance at goal.

Through the gloom this giant figure soared above the crossbar and that anvil of a forehead thundered in the third goal of his hat-trick. As he landed, Big John turned, patted me on the head and said: ‘Sorry, boyo. I couldn’t resist it.’ 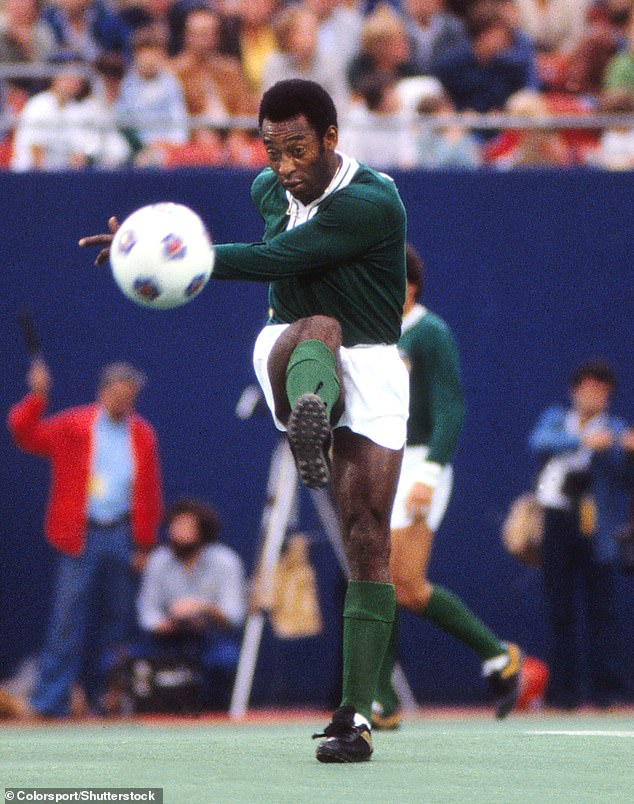 That is why, for Sportsmail columnist Jeff Powell, he tops the list of the greatest players ever

Meanwhile, George Best was poetry in motion. Courageous to the point of luring the most fearsome defenders into lunges which he eluded as he darted away to take and make goals. No slouch defensively, either.

After he ran riot at Anfield one Saturday afternoon legendary Liverpool manager Bill Shankly ruminated: ‘Aye, wee Georgie. All that and the deepest tackler in the game.’ Ferenc Puskas, check the near-goal-a-game career record.

Di Stefano’s henchman at Real Madrid. Leader of the first foreign storming of Fortress Wembley — 6-3 for Hungary’s mighty Magyars — followed by a 7-1 slaughter of England six months later in Budapest.

So here are talent-rich lists. Let the tap-room debates begin.