WILFRIED ZAHA hopes to break free from Crystal Palace and return to a so-called big club — and taste European football for the first time.

Yet one of the Premier League’s great entertainers is heading for a crushing disappointment and looks increasingly likely he will remain at Selhurst Park. 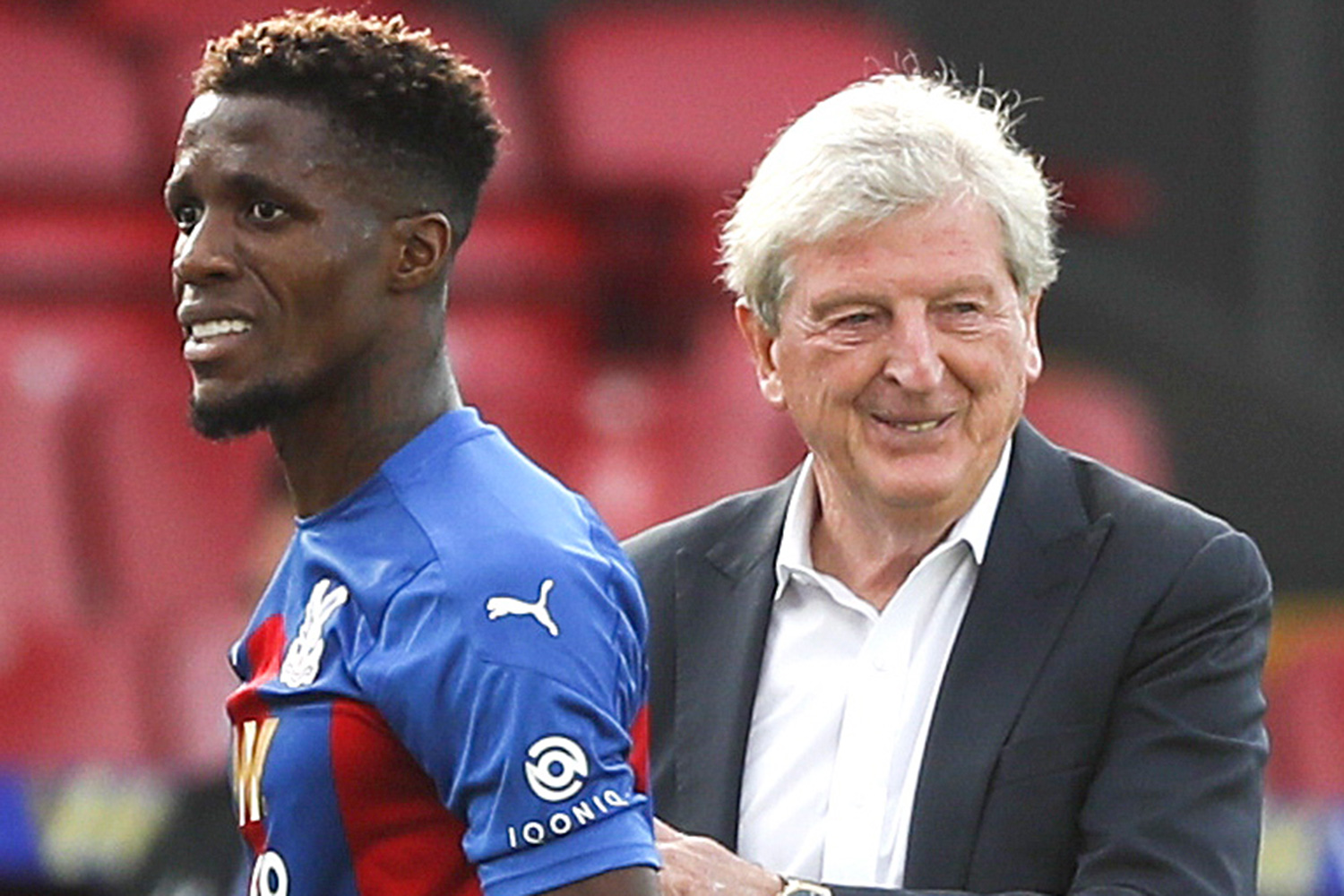 This is terrific news for Palace fans. Eagles boss Roy Hodgson will also be delighted.

But this will not be the case for Zaha who has always felt a sense of unfinished business at a major side because his spell at Manchester United in 2013-15 — Palace’s opponents on Saturday — was a total disaster.

Zaha has proved to be a fine Premier League player. Many fans would love him in their team and it is hardly a surprise the lad from south London is adored by Palace’s supporters.

But Zaha is no longer some fresh-faced talent with a long career ahead. He is nearly 28, and earns an eye-watering £130,000-a-week.

Also, no clubs are currently willing to meet the current asking price of £45million, particularly considering the way football’s finances have been ripped to pieces by the coronavirus crisis.

As a result, so far this summer, there has been no firm interest for the former England winger who now plays for the Ivory Coast.

Zaha grabbed the winner in an impressive 1-0 win over Southampton on Saturday.

Asked about the player’s future, Hodgson said: “Let’s see what transpires. For me, hopefully nothing. 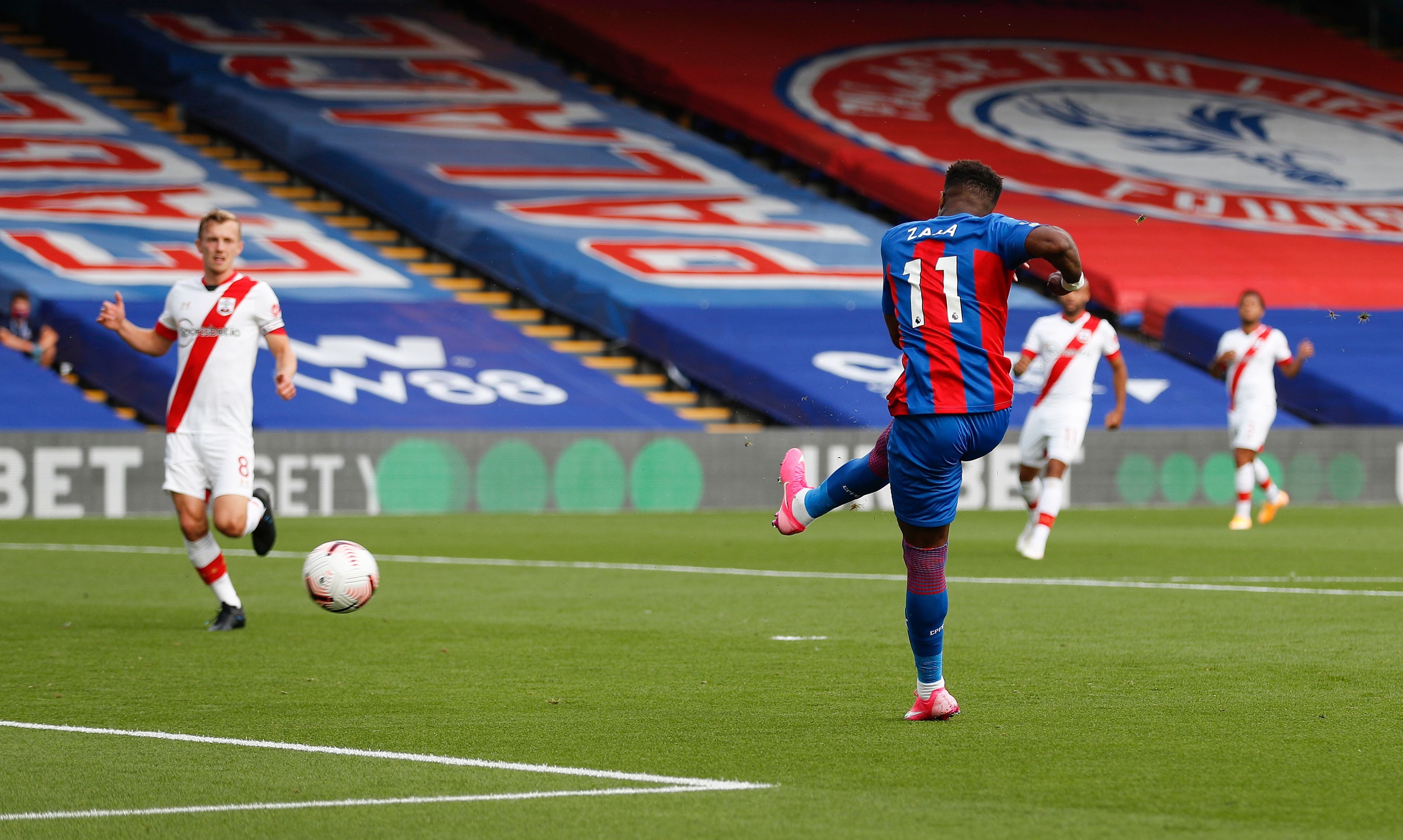 “I’m enjoying working with Wilf and I’m expecting him to know that we can’t let him go until someone comes in and wants to buy him.

“The fact is that every transfer window I’ve been involved in Wilf has made noises that he would like to play for a club that plays in the Champions League.

“But for anything to happen a club has got to come along and pay the market price.

“We’re expecting him to accept the situation for what it is and keep  playing his best football.”

Zaha will always regret failing to take his big chance at United.

Yet Zaha cannot have many complaints about what has happened next.

His boyhood club, who had sold him for £15m took him back for just £6m.

But Palace must give 20 per cent slice of any future transfer fee to United, another reason why the asking price remains high.

Tottenham showed an interest in 2018 before Zaha signed his five-year contract to stay at Palace.

Yet just 12 months later, Zaha wanted to move to Arsenal in what was his dream move.

He met ex-boss Unai Emery face-to-face and Arsenal bid £40m which was rejected by Palace, who wanted £80m.

It was clear Emery wanted the player more than the Arsenal board and Zaha was devastated when there was no further contact from the north London club.

You cannot blame the Eagles for not wanting to sell their star player on the cheap.

Equally, while Zaha is terrific to watch, he is a maverick and for a player of his talent, does not score enough goals.

Zaha has now changed agents in the hope of getting a move.

But at the moment, everything is quiet.

Zaha seems destined to remain a big fish in a small pond.